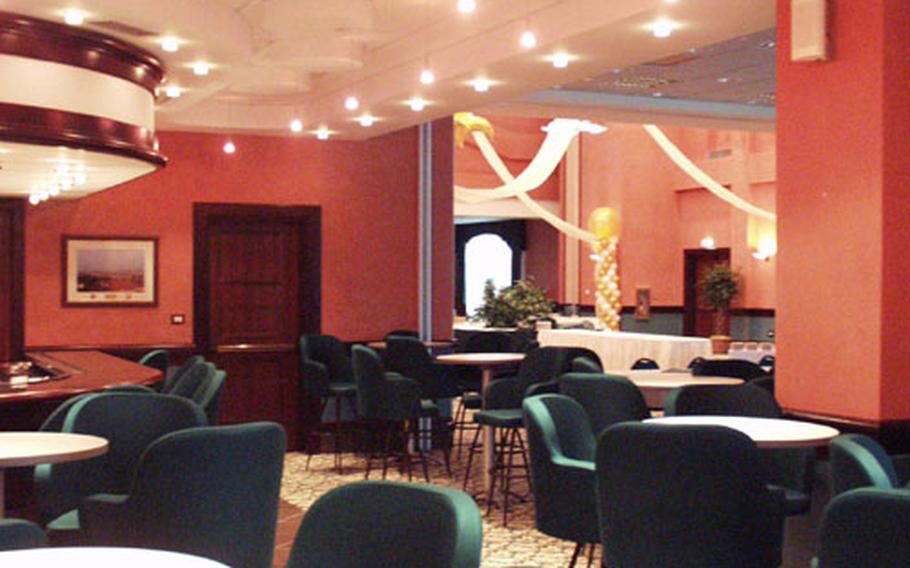 Airmen and civilians at Aviano Air Base now have a palatial club to call their own. La Bella Visa opened Monday and will serve lunch and dinner on weekdays and offer live entertainment several nights a week. (Kent Harris / S&S)

Airmen and civilians at Aviano Air Base now have a palatial club to call their own. La Bella Visa opened Monday and will serve lunch and dinner on weekdays and offer live entertainment several nights a week. (Kent Harris / S&S) 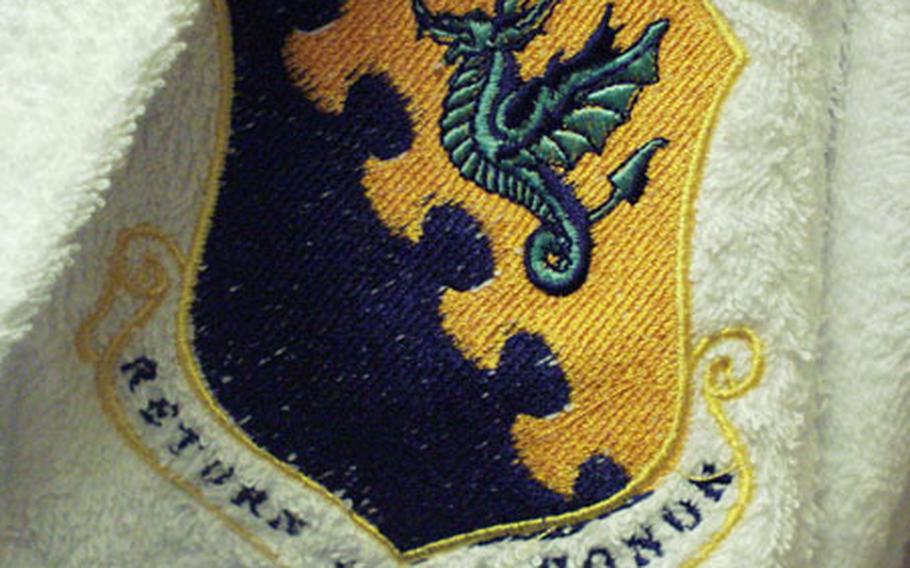 There are a few perks in the "distinguished visitors" suites at the Mountain View Lodge, such as these robes — with the emblem of the 31st Fighter Wing sewn on — that come with the rooms. There are six such suites in the facility. They even have dishwashing machines. (Kent Harris / S&S) 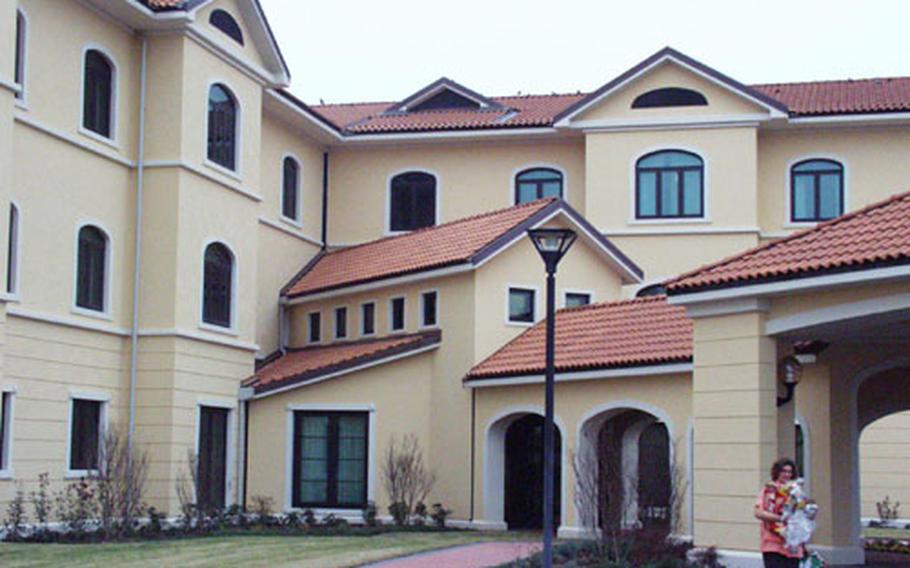 The new Mountain View Lodge, otherwise known as the visitors quarters at Aviano Air Base, starts accepting guests in the first part of December. All 80 rooms in the facility are at least 420 square feet, making it one of the most spacious lodging accommodations the military has to offer. (Kent Harris / S&S)

AVIANO AIR BASE, Italy &#8212; Land once used as practice ground for Italian tanks is slowly but steadily being transformed into some of the poshest facilities the Air Force has to offer.

Ribbon cuttings in the last week have marked the debuts of the new La Bella Vista club and Mountain View Lodge at Aviano.

Construction on the $5.5 million club has been under way &#8212; or stalled &#8212; since summer 1999. The original contractor filed for bankruptcy and another firm had to be found. That turned out to be Impresa Construzioni Giuseppe Maltauro of Vicenza, which is also working on other parts of the Aviano 2000 construction project.

On Monday afternoon, local dignitaries and community members got their first look at the firm&#8217;s completed work: a 19,410- square-foot facility that puts clubs for enlisted and active-duty airmen under one large roof.

Jim Wolfe, the club&#8217;s general manager, said members &#8212; currently numbering about 2,000 &#8212; can start to eat lunch and dinner immediately. Paul Courrier, a newly hired chef from the Ramstein Officers Club in Germany, will add items to the menu, and Wolfe promises other changes in the near future, including &#8220;a lot more programming at night.&#8221;

A firm from Houston has been hired to provide four nights of entertainment each week for those in the enlisted club and two nights in the officer area. A Sunday champagne brunch will begin in January.

Not that a lot of incentives are needed to see a membership spike.

&#8220;I&#8217;m sure we will have more,&#8221; Wolfe said as he gestured with his arms to indicate the new dining area. That space can seat 136 people, with room for about 150 more each on the adjoining enlisted and officer wings. Each wing has a patio for outside eating.

From those patios are views of other new facilities that are also part of the huge construction project.

Those in the officers&#8217; area can look out on the track and softball fields that adjoin the new fitness center. Those on the enlisted side can see the temporary living quarters that are to start opening this spring.

Diagonally opposite the main entrance to the club is the new Mountain View Lodge.

The 80-room facility is next to six dormitories &#8212; some already occupied and some still under construction. The lodge won&#8217;t open for business until the first part of December, and its first guests will be wearing Army fatigues.

Members of the Minnesota National Guard who are helping with base security will take up 49 rooms, still leaving the facility with a few more rooms than it could offer at its former location across town.

General Manager Ed La Rose said he doesn&#8217;t know of an Air Force facility that will offer its guests as much living space across the board &#8212; 420 square feet per room. The service&#8217;s standard is 280 square feet.

The rooms include queen-size beds and kitchenettes with microwaves and refrigerators. For entertainment, there are DVD players and 25-inch flat-screen televisions that will eventually offer on-demand movies.

Six rooms a bit larger are designed for &#8220;distinguished visitors.&#8221; The facility, designated for those on temporary duty at Aviano or those on leave, also has several small meeting rooms.

He could just as easily have been talking about other facilities in the area that have either recently opened or are still under construction.

The $550 million program, funded by the U.S. military as well as its partners in the North Atlantic Treaty Organization, has faced a series of delays and setbacks. But by its projected completion date in 2008, virtually the entire base &#8212; composed of several areas around the small city &#8212; will have been made over.