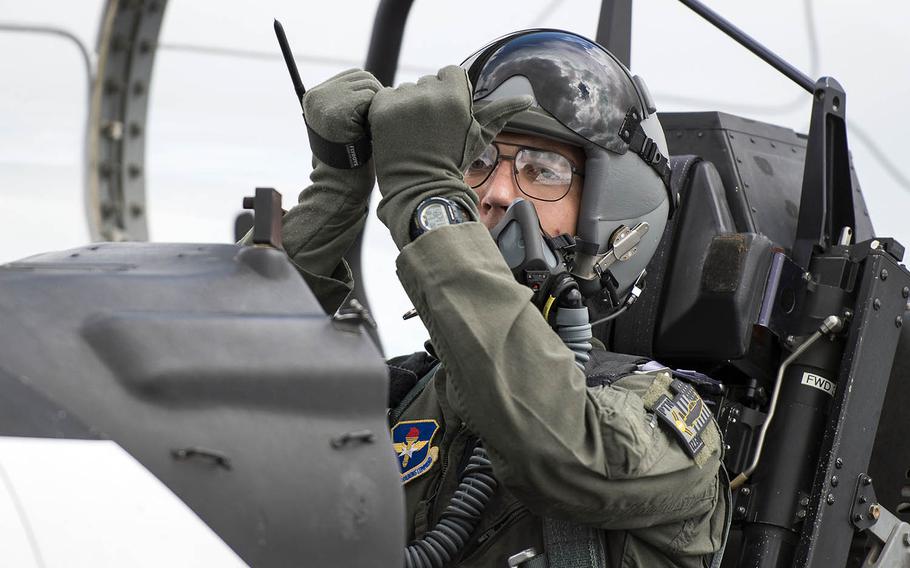 The Air Force is working to streamline and improve pilot training by using virtual reality and modern teaching methods.

The first graduates of Pilot Training Next — a six-month program at the Armed Forces Reserve Center in Austin, Texas, designed to accelerate the learning curve to becoming a pilot — are slated to pin on their wings Friday, Capt. Jeff Kelley, a T-6 Texan II instructor, told Stars and Stripes in a recent phone interview.

“We believe that pilot training can be done faster, better and cheaper,” he said of the program, which is searching for inefficiencies in an Undergraduate Pilot Training program that has seen little change in more than half a century.

PTN uses new virtual-reality flight simulators that allow students to refine their skills before ever stepping into a real cockpit, said 2nd Lt. Christofer Ahn, a PTN student-pilot who hopes to become an astronaut.

“We are two to three times further along in training than UPT classes that started around the same time we did,” he said via telephone last week. “We are about to graduate, and many [UPT students] have not even soloed yet.” The traditional program produces pilots after slightly longer than a year.

PTN student-pilots have a flight simulator in their private quarters and can practice as much as they want and receive immediate feedback, Kelley said. If they do something wrong, they can work through mistakes without having to worry about time constraints faced by UPT classes that must share simulators.

The extra practice makes for stronger students who can move onto more complicated tasks, Kelley said.

“Pilot Training Next is a misnomer,” he said in a recent phone interview. “Technology is an enabler, but from my perspective it’s really about people. Technology allows [the Air Force] to be more wise with our resources – time and money – in order to maximize human performance.”

Some lessons learned from PTN are already being incorporated into the old curriculum, Van de Water said. This includes allowing students to move on to more complex tasks as soon as they are ready.

“I think the most encouraging thing I am seeing out of this program is not necessarily about pilots of technology; it’s about unleashing airmen to solve hard problems,” he said. “Innovation is no longer a buzzword in our facility, it’s a daily occurrence powered by instructors and students.”