Airmen doubling as local lawmen, gatekeepers at Ali Base 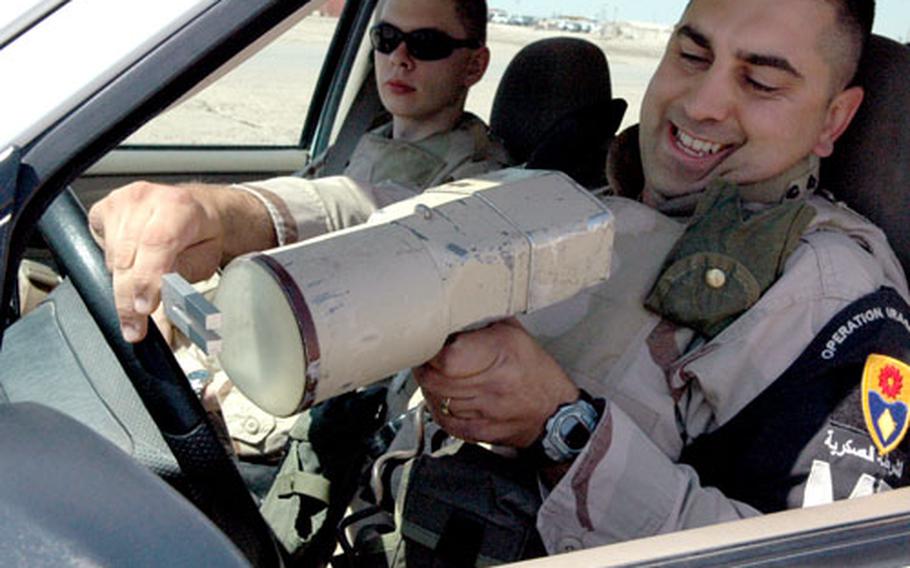 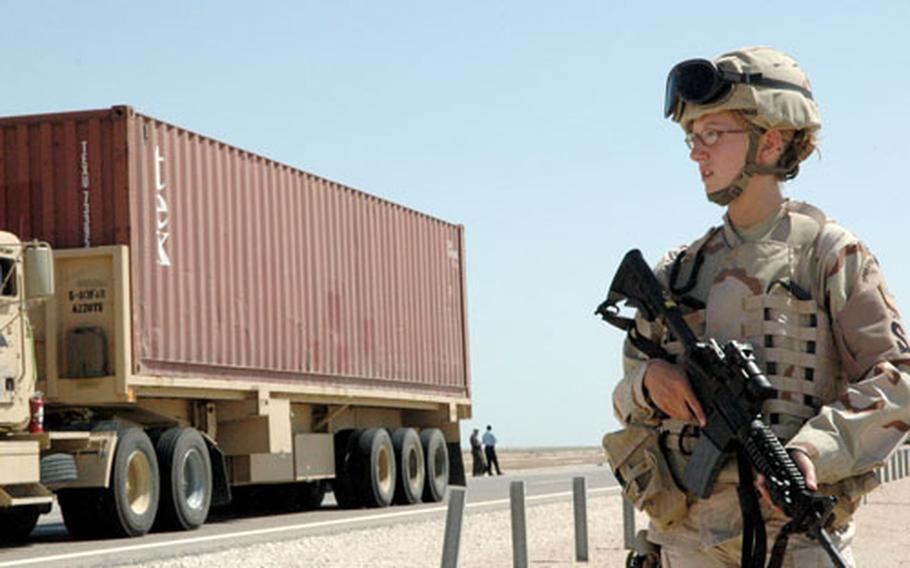 Airman 1st Class Kristen Fluegel, 22, of Carlsbad, Calif., keeps watch during a patrol outside the perimeter of Ali Base. (Monte Morin / S&S) 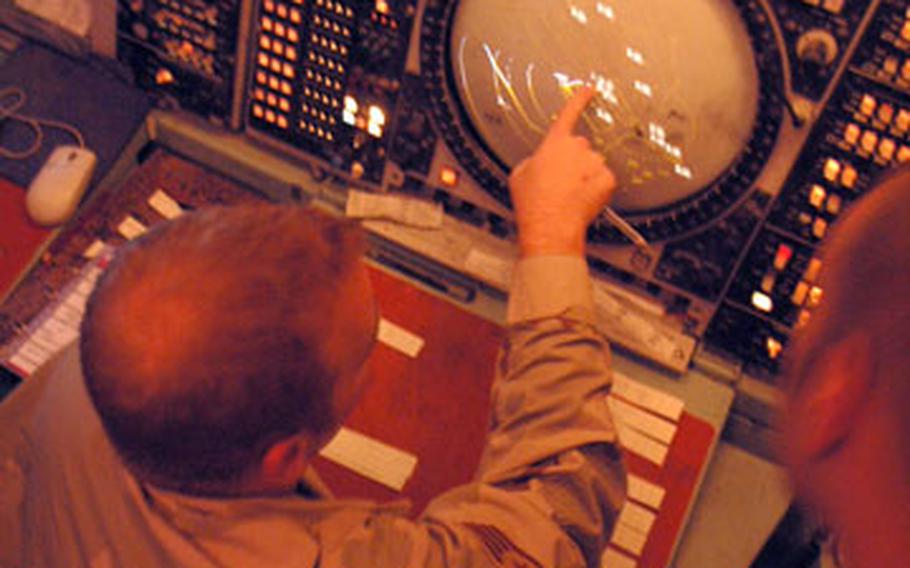 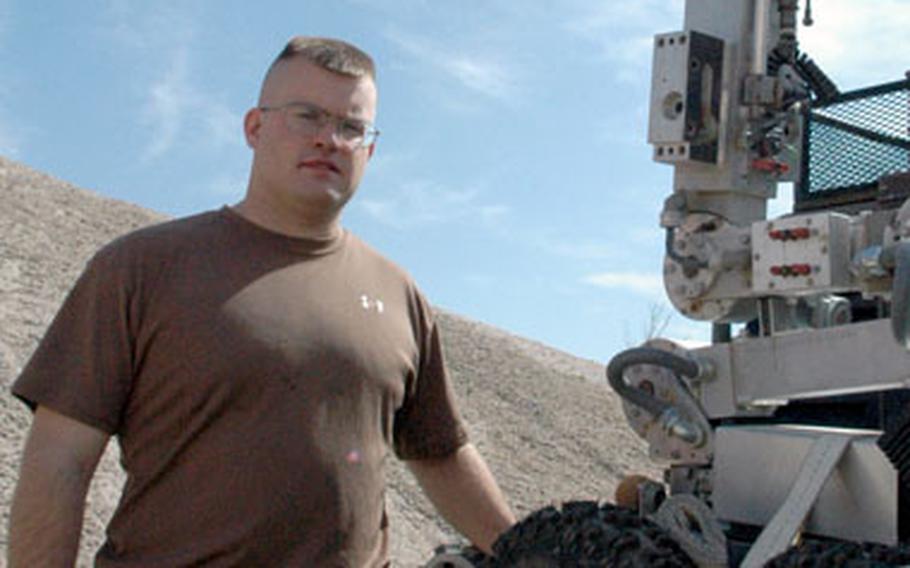 Senior Airman Phillip Dyer, 25, of Fort Walton Beach, Fla., is an explosive ordnance technician and stands beside a bomb disposal robot at Ali Base in Iraq recently. Explosives disposal is one of the duties of the 407th Air Expeditionary Group. (Monte Morin / S&S)

ALI BASE, Iraq &#8212; Whether it&#8217;s a surveillance drone zooming miles overhead or a Humvee tearing down Perimeter Road on its way to the dining facility &#8212; airmen at the 407th Air Expeditionary Group have it on their radar.

In addition to controlling all air traffic in the southern third of Iraqi air space, 407th AEG airmen have also been charged with enforcing all laws at the international military base &#8212; including the writing of speeding tickets &#8212; as well as all gate functions and the patrolling of a large swath of land beyond the installation&#8217;s perimeter.

The allocation of such duties to the Air Force, particularly on a base that is mostly U.S. Army personnel, is rare, according to Col. Kevin Kilb, group commander.

To most of the U.S. Army and coalition forces, this aging airstrip on the outskirts of Nasiriyah is known simply as Tallil &#8212; the crossroads of forces from America, Europe, Japan and Australia.

But to Kilb and roughly 1,000 airmen, the proper name for this southern Iraqi air hub is Ali Base, the first training center for the new Iraqi Air Force.

Standing in the shadow of the ancient Ziggurat at Ur, Ali Base trained the very first group of Iraqi air force pilots on U.S. C-130s for roughly a year, before the program was transferred to Baghdad.

The U.S. Air Force has steadily decreased the number of airmen at Ali Base, but its responsibilities of law enforcement, patrolling and the checking and escorting of local and foreign national labor and explosive ordnance removal remain.

As such, the Air Force&#8217;s standard four-month tour of duty has been extended to six months for airmen performing security duties.

On a recent patrol, the officers made checks of ammunition storage facilities and other sensitive sites before setting up a speed radar check on a busy base road.

While it&#8217;s not unusual for airmen to endure some ribbing from their counterparts in the Army, who serve yearlong tours of duty, Kilb said he reminds his airmen that they have a lot to feel proud about in supporting the coalition&#8217;s overall mission in Iraq.

Kilb said that no matter what their role was &#8212; whether providing security on a convoy or helping to operate the 407th&#8217;s Muscle Beach gym &#8212; the duties were equally important to the overall effort.

It&#8217;s a message that some airmen have taken to heart.

By the same token, Guerra said life is much more comfortable at Ali Base than she expected.

While airmen live in tents &#8212; not trailer units like their Army counterparts &#8212; they do have one of the most well-appointed morale and welfare complexes in Iraq. In addition to the standard Internet and computer game terminals, it sports numerous homey-looking couches and reading chairs, as well as pool tables, felt-lined card tables, two mini movie theaters, a coffee shop, a real library &#8212; not just a collection of dog-eared paperbacks &#8212; and a very popular Italian restaurant.