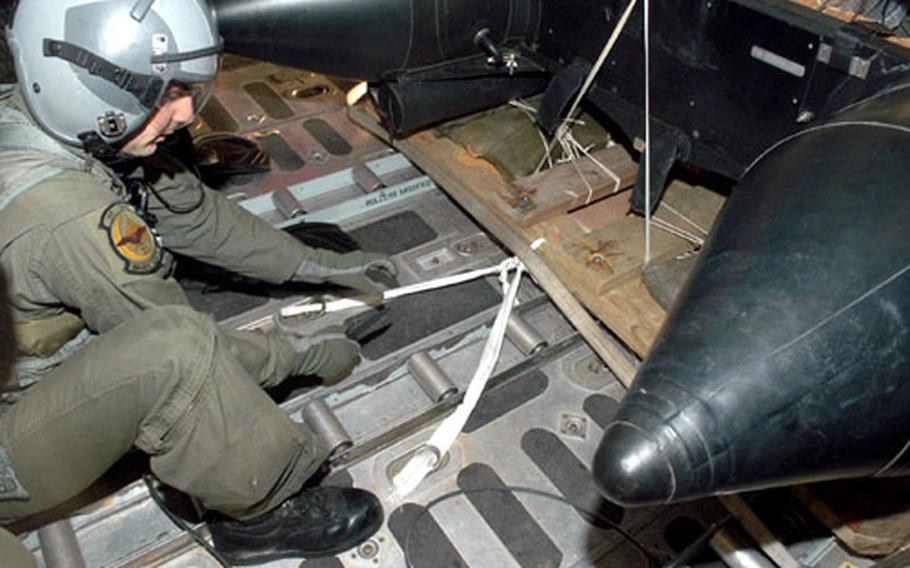 Senior Airman Shane Gates, a loadmaster with the 67th Special Operations Squadron, prepares to cut loose a Zodiac boat as part of a training exercise over the North Sea. (Sean Kimmons / S&S)

Senior Airman Shane Gates, a loadmaster with the 67th Special Operations Squadron, prepares to cut loose a Zodiac boat as part of a training exercise over the North Sea. (Sean Kimmons / S&S) 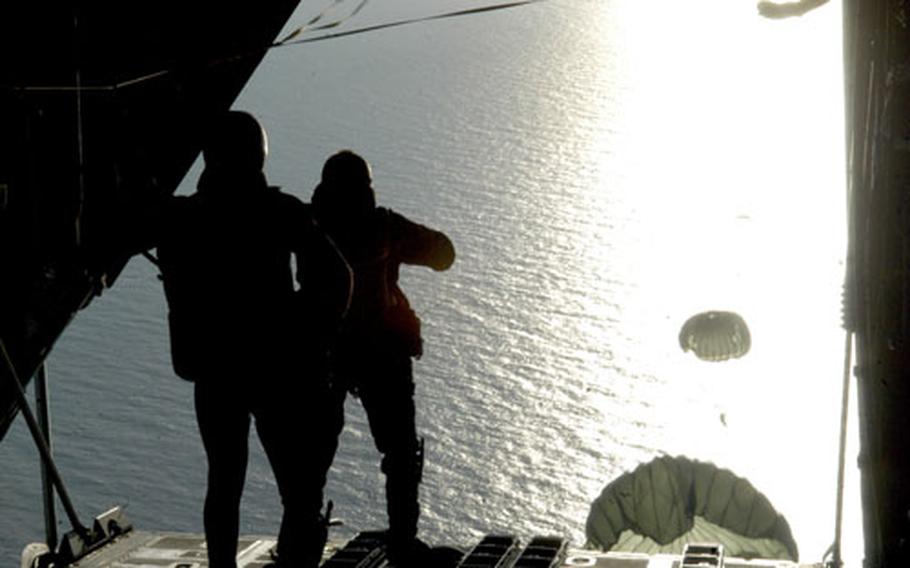 321st Special Tactics Squadron airmen jump out of an MC-130P Combat Shadow into a blinding ray of sunshine as part of a training exercise over the North Sea. (Sean Kimmons / S&S) 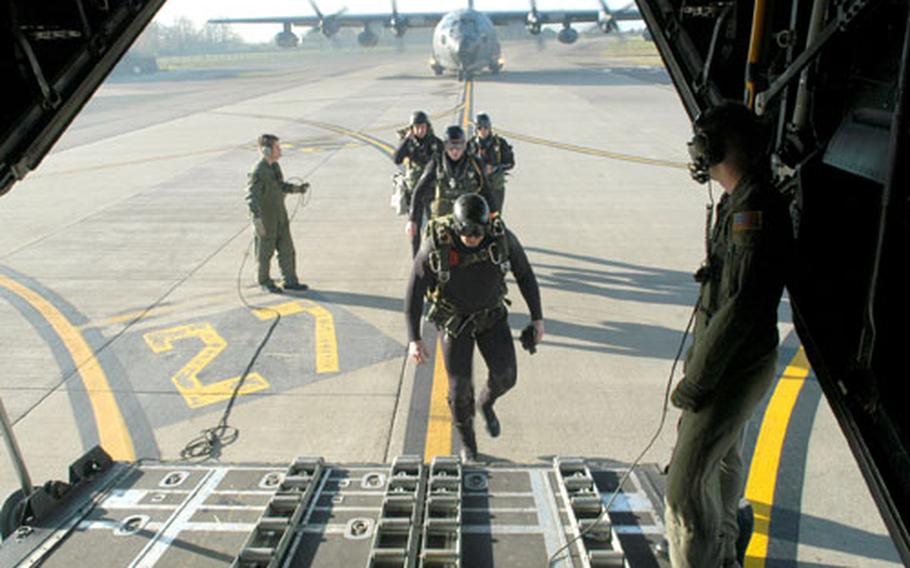 Wetsuit-clad members of the 321st Special Tactics Squadron load into an MC-130P Combat Shadow as part of a training exercise over the North Sea. (Sean Kimmons / S&S) 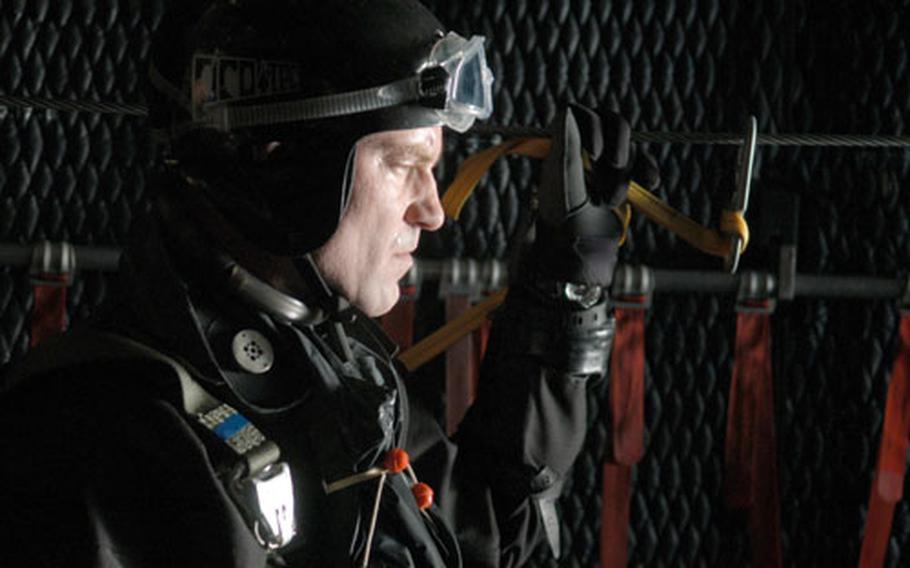 Staff Sgt. Marty Bettelyoun looks out into the North Sea before conducting a static-line jump as part of a training exercise to retrieve a Zodiac boat, which had also been parachuted out of the MC-130P Combat Shadow. (Sean Kimmons / S&S)

RAF MILDENHALL &#8212; A small contingent of elite airmen sported an unusual uniform as they walked up the ramp of an MC-130P Combat Shadow last week.

All donned wetsuits and parachutes, and a few strapped diving knives to their calves. The members of the 321st Special Tactics Squadron were equipped for a different kind of training event that would involve jumping out of an aircraft with an inflated Zodiac boat over the North Sea.

Presumably better suited for the Navy, the Zodiac training allowed the four-airman team to prepare for a variety of real-life operations, including a covert insertion by water or combat search-and-rescue missions, such as saving a downed pilot in open water.

Minutes before reaching the drop zone, the team put on diving flippers and hooked themselves to the aircraft&#8217;s static line. At &#8220;go&#8221; time, the black Zodiac, or rubber raiding craft, quickly slid from the ramp into open sky after being cut loose by a loadmaster. Within seconds, the team scurried behind the craft and jumped into a blinding ray of sunshine reflected off the sea.

This was Bettelyoun&#8217;s first time conducting the training with an already-inflated craft, he said. Usually it comes in a package and has to be inflated in the water.

The Oregon City, Ore., native said he landed 30 meters from the Zodiac, floating about a mile off the coast. He and the others then swam toward the craft to set it up for insertion on the nearby shore.

For the MC-130P crew above, the airdrop of equipment and personnel was similar to other others in the 67th Special Operations Squadron crew&#8217;s training regimen, said flight commander Maj. Lee Baker.

Fastening the craft down to the MC-130P didn&#8217;t prove difficult for loadmaster Staff Sgt. Brad Osten.

Following the airdrop, the MC-130P crew flew over the Snowdonia Mountains in Northern Wales to conduct low-level training.