Airman who fled Texas base had threatened his command and refused to surrender firearms, FBI alleges 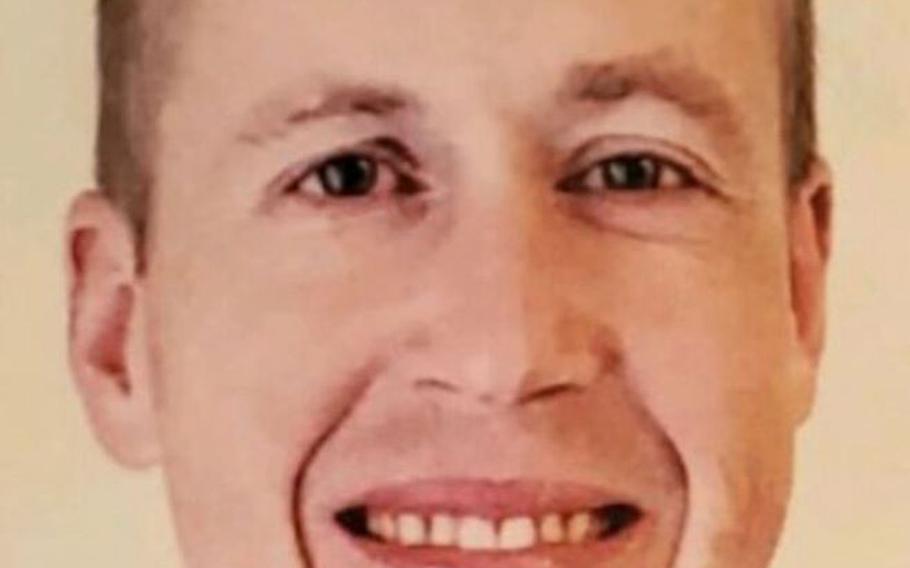 A warrant was issued for the arrest of Erland Injerd, a 37-year-old senior airman based at Dyess Air Force Base, Texas, on April 24, 2020, two days after he allegedly scuffled with base officials before arming himself and fleeing over the perimeter fence. Injerd, who is still at large, is accused of sending a threatening email to his chain of command and was refusing to hand over his firearms when the fight broke out, a criminal complaint says. (Abilene Police Department)

An airman who police say scuffled with officials at a Texas air base before arming himself and fleeing over the perimeter fence had threatened his chain of command and refused to hand over his firearms, a criminal complaint said.

A security forces patrolman and two other Dyess Air Force Base officials visited the on-base home of Erland Injerd on April 22 to ask him to surrender the weapons after he sent his command a threatening email, FBI agent Sean E. Means said in the complaint filed with the U.S. District of Northern Texas, days after the incident.

Injerd, 37, has been charged with assaulting a federal agent after refusing to comply with the order, the complaint said. He is a senior airman and weather forecaster at the base, the military’s universal email address list showed.

Injerd was still at large Monday, said Senior Airman Kylee Gardner, a base spokesperson. The FBI, U.S. Marshals Service and the Air Force Office of Special Investigations are working on the case, she said via email.

After refusing the order from security forces officer John Breed to surrender his weapons, Injerd began cursing at him and two other officials, Senior Master Sgt. Klexton Jett and Master Sgt. Derek L. Krahn, the complaint said. He then resisted when Breed told him to turn around and put his hands behind his back, striking the patrolman in the face. Jett and Krahn tried to detain him, but all four men “ended up on the ground,” the court document stated.

“Injerd intentionally poked his finger in Officer Breed’s right eye and struck SMSgt. Jett in the knee,” knowing that Jett had recently had knee surgery, the complaint alleged.

The airman’s wife then opened the front door and Injerd fled inside.

The information in the court document was based on Means’ observations, interviews with witnesses and information from agent Karen L. Peterson of the base’s OSI detachment.

The 7th Security Forces Squadron and Abilene police responded when Breed called for backup, but Injerd escaped through a basement window, scaled the base fence and fled into the woods. A magistrate judge issued an arrest warrant for Injerd on April 24, court records show.

Officials believe Injerd was armed when he fled, though the base’s commander said in a Facebook video on April 24 that the fugitive airman was not believed to pose a “specific threat” to the Dyess community.

“Just in case, we have increased our security forces presence throughout the base,” said Col. Ed Sumangil, commander of the 7th Bomb Wing, the host unit at the base of over 13,000 personnel. “We will especially remain active on base housing.”

Injerd, who is described as a white male with short or shaved brown hair, was last seen wearing a long-sleeved black shirt with blue jeans. Sumangil asked anyone who might see someone matching his description to call law enforcement.