Airman who called in airstrikes while under fire receives Silver Star 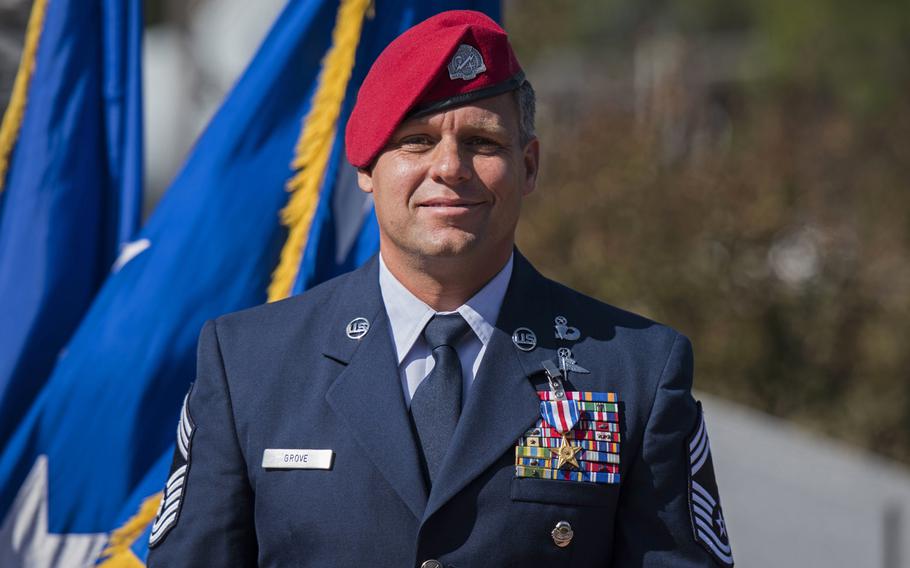 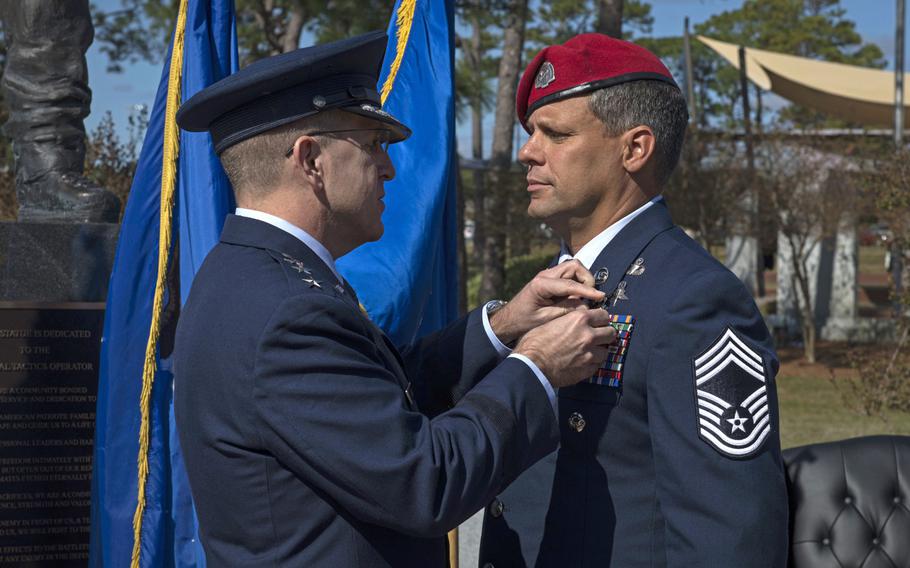 An airman who stepped into the line of fire in Afghanistan to call in airstrikes after his unit was ambushed by the Taliban 12 years ago has been awarded the Silver Star, America’s third-highest medal for valor.

Then-Tech Sgt. Chris Grove and his special operations teammates were on patrol in Afghanistan in November 2007 when the Taliban ambushed them with mortars, grenades and machine guns.

With the men heavily outnumbered and the enemy closing in, Grove set up an observation post while under fire and called in airstrikes.

At one point during the battle, Grove’s ground force commander was trapped inside a building of the compound as insurgents advanced. The “chances of being overrun were rising by the minute,” the statement said.

Grove called in a “complex danger-close airstrike,” which enabled his team to battle back against an enemy that had moved to within 65 feet of their isolated position, and allowed the ground force commander to escape, the statement said.

Grove’s efforts also allowed his team to recover a fallen teammate so that no troops were left behind.

“Thanks for being our example of the embodiment of the American airman and a testament to the proud Special Tactics wing,” Slife said.

“It’s not about me … There are hundreds of valorous acts, both in the last 18 years and to this day,” Grove said in a statement.

Grove had previously received the Bronze Star, but it was upgraded as part of a military review into valor awards.