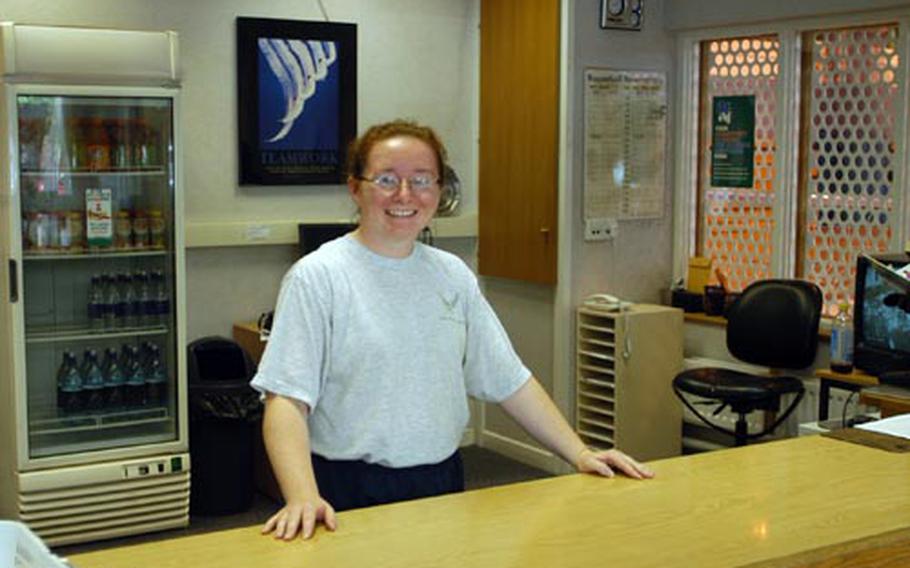 RAF MILDENHALL &#8212; About two months ago, Tech. Sgt. Angel Rios mapped out her route for the upcoming half-marathon here.

It wasn&#8217;t so much to chart the 13.1-mile race, set for Aug. 29, that she and at least 100 other runners have signed up for. It was more of a personal training plan, one she has strictly followed since taking on the daunting challenge.

"I wouldn&#8217;t say that running is my first love," said Rios, a newcomer to competitive distance running who wanted to take on the challenge after returning from a deployment. "But I definitely don&#8217;t dislike it the way I first did when I started."

Following a calculated, yet manageable, running schedule that she posted at work, Rios said she has been feeding off the encouragement and accountability extended by her colleagues and friends.

"It really helps keep me motivated," said Rios, fitness director at the Northside gym at Mildenhall. "Without my co-workers &#8230; I think I would have given up a long time ago."

Sticking to a plan is the No. 1 piece of advice Rios got from Master Sgt. Sarah Web, a veteran marathon runner and tri-athlete who has helped advise Rios on how to train for the upcoming run.

Web&#8217;s tips for preparing for a long-distance run also include cross-training and maintaining a "positive mental attitude."

"As soon as you let the negative thoughts enter, the body shuts down. If you keep saying you can do it, you&#8217;re going to get to the finish line," said Web.

And half-marathons almost always inspire participants to enter a full 26.2 mile-version, she said.

"Once they do a half they really start seeing the full in their future," said Web. "It&#8217;s kind of how it happens to all of us in the beginning."

That is definitely the case for Rios, who already has booked her ticket to Aviano Air Base in Italy for a full marathon to be held there Sept. 20.

But she&#8217;ll get her feet wet, so to speak, at Mildenhall&#8217;s first Race to Remember, which honors troops who have died or been wounded in combat.

"We wanted to do something different and we wanted it to have some meaning instead of being just another damn event," said Troy Partington, deputy director of sport and fitness.

Partington said he hopes to coordinate with nonprofit groups so next year&#8217;s event might raise funds for wounded warriors, an effort the base agencies cannot take on themselves.

"It&#8217;s a steep learning curve," he said. "But hopefully we can get some momentum going for future events."

The race will take runners through part of the flight line and be contained within the base.