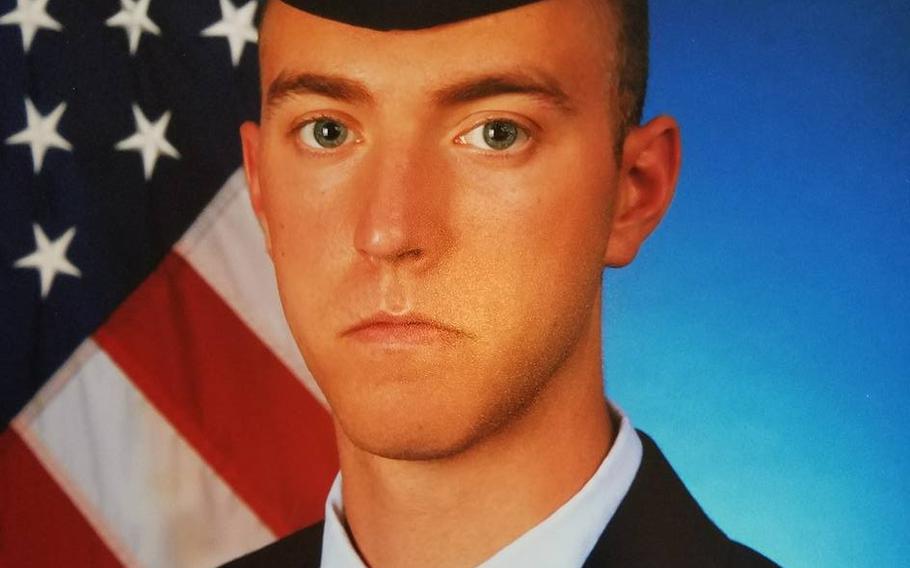 A 22-year-old airman has been sentenced to 35 years in prison for killing his roommate last year while the two were deployed to Guam from Barksdale Air Force Base, La.

At the time of the murder, Edwards and Hale, 20, were members of a B-52 maintenance squadron temporarily assigned to Andersen Air Force Base on Guam. About 300 airmen and six B-52s from Barksdale were deployed to the Pacific region last year as part of the bomber presence on Guam during a period of rising tensions with North Korea.

Edwards and Hale were electronic warfare journeymen assigned to the 2nd Aircraft Maintenance Squadron. Hale was found unresponsive at a temporary lodging facility on Andersen and declared dead at about 3 a.m., the Air Force said two days after the incident.

At his court-martial, which began Jan. 7 in the federal district court in Shreveport, La., Edwards testified he stabbed Hale in self-defense.

Edwards testified in court last week that during a fight, Hale had picked up Edwards’ knife, according to the Shreveport Times. Fearful that Hale would stab him, Edwards said he wrested the knife away and stabbed him in the neck three times, the Times reported.

But prosecutors said the attack was unprovoked and that Hale suffered cuts to his hand, consistent with defensive wounds, the newspaper said.

First responders testified they had to break a window to get into the room because the door was locked, The Associated Press reported. Senior Airman Charles Jordan, a suitemate, testified that he woke to screams early on March 27, went in through a shared bathroom and saw Edwards on top of Hale on the ground, AP said.

Prosecutors argued for a life sentence.

Hale’s father, Rodney Hale, told local news station KTBS-TV that he wished Edwards had received a life sentence without the chance for parole.

“I don’t feel he should have any less time than my son because my son does not get to live to see everything there is in life,” he said.

Rodney Hale told the Times that the Air Force assigned his son to room with Edwards.

Barksdale officials said in their statement that their thoughts remain with Hale’s family “and his unit as they continue to cope with the tragic loss from this incident.”