Airman's wife a winner on 'Who Wants to be a Millionaire" 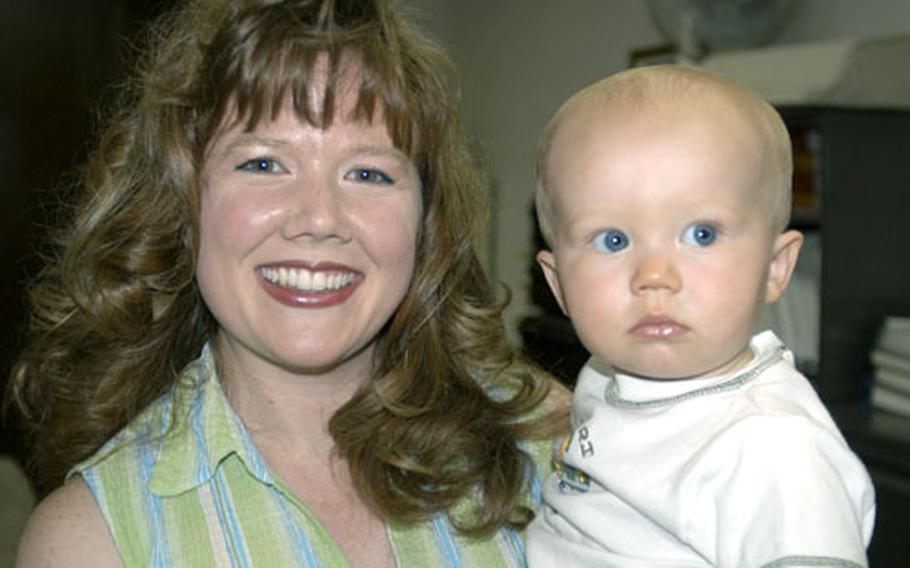 Candee Homer, with son Ayden, 1, won $8,000 on “Who Wants to Be a Millionaire.” An Air Force spouse at Misawa Air Base, Japan (her husband is an explosives ordnance disposal airman), Homer tried out for the game show last year on a whim. (Jennifer H. Svan / S&S)

And she made it.

Her 15 minutes of fame came while her husband was deployed. Homer was visiting family in Leesburg, Fla., and on a lark, decided to try out for &#8220;Millionaire.&#8221; She signed up for an auditioning date through the game show&#8217;s Web site. &#8220;You show up &#8230; 30 other people are waiting out there. You go in and take the test,&#8221; she said. The test was multiple choice &#8212; 30 questions of random trivia to be answered in 10 minutes. Tests were scored immediately, and Homer was whisked away to an interview with producers. They asked her why she wanted to be on the show, whether she was a risk taker and what she would do with any money she won.

Homer said winnings would go in infant son Ayden&#8217;s college fund and toward a vacation with her husband &#8212; in three years of marriage they&#8217;ve been together about six months, separated due to deployments and temporary duty assignments.

Contestants have to pay their own travel expenses, Homer said, but she managed to secure inexpensive airfare. With her sister, Chryss Doherty, for company, Homer flew back to New York for the taping. That&#8217;s when the real stress began. She had to make a quick trip to Macy&#8217;s after producers told her one of two outfits she brought &#8212; contestants need a change of clothes in case they&#8217;re on more than one show &#8212; was too shiny for TV. Her taping was pushed back a day, so plane tickets had to be changed.

The day of her appearance, she was sequestered in the &#8220;green room&#8221; for 10 hours with other contestants. Study materials were forbidden and bathroom trips were monitored. Everyone talked trivia, Homer said.

When it was time for her turn in the &#8220;hot seat&#8221; next to game host Meredith Vieira, her biggest fear was looking stupid.