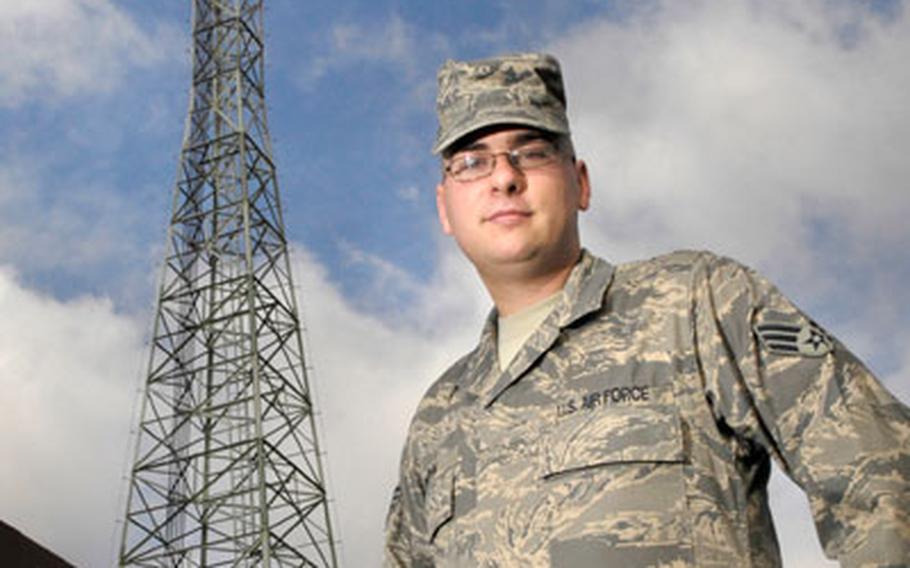 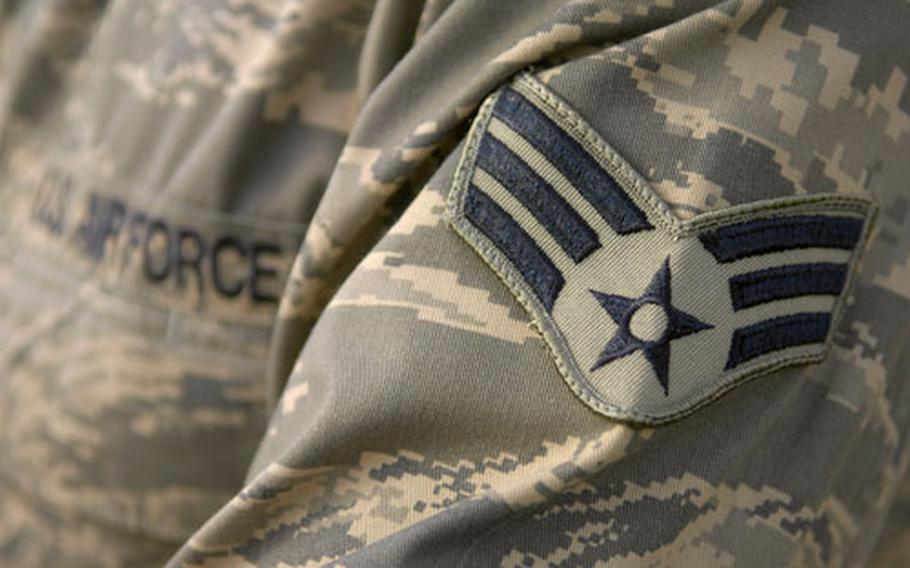 Bruhn said he was excited to get the Air Force’s new Airman Battle Uniform, which is designed to be wash and wear. (Ben Bloker / S&S)

RAMSTEIN AIR BASE &#8212; Senior Airman Quentin Bruhn said he started getting a lot more attention recently while walking through the streets of Ramstein Air Base, sporting a new look.

Other airmen kept turning their heads in his direction, fascinated at his new uniform, he said.

Interested in the new threads, airmen have asked him how it feels, if he liked it and whether they could touch it, said Bruhn, who is assigned to the 435th Communications Squadron.

The new ABUs are being introduced slowly. Designed loosely around the Vietnam-era tiger stripe pattern, they are being handed out to new Air Force recruits. A narrow selection also is offered at Army and Air Force Exchange Service military clothing outlets.

&#8220;A lot of people are looking for them,&#8221; said Marion Weber, AAFES Military Clothing store manager at Ramstein.

Weber said that her store has a limited supply of the uniforms. It has men&#8217;s and women&#8217;s coats but only in smaller sizes, Weber said. The store has no pants yet.

New to ABU is its &#8220;wash- and-go&#8221; quality that allows airmen to put the uniform on after it has been dried without the need for starching or ironing.

In fact, in a guide about the new uniform, the Air Force notes that, &#8220;starching and hot pressing of ABUs is prohibited.&#8221;

Weber said that even though the new uniform won&#8217;t be required until October 2011, she hopes that large quantities will come in within the next few months to meet the growing demand. She said that she has been told that the uniforms will be widely available in all military clothing stores no later than next summer.

Bruhn said that he is happy with the new uniform and notes that it can&#8217;t be washed with detergent containing brighteners, which would hurt infrared camouflage. He said he uses only Woolite.

Boots, which no longer need to be shined and can be bought in sage green or Army tan, cost $99.95. New belts, caps, T-shirts and Air Force stripes also are available.

Because the ABU is more expensive than the Battle Dress Uniform, the Air Force has said that it will increase the clothing allowance. The Air Force will do away with the cold weather version of the uniform.