Airman's Attic policy changes put priority on those in need 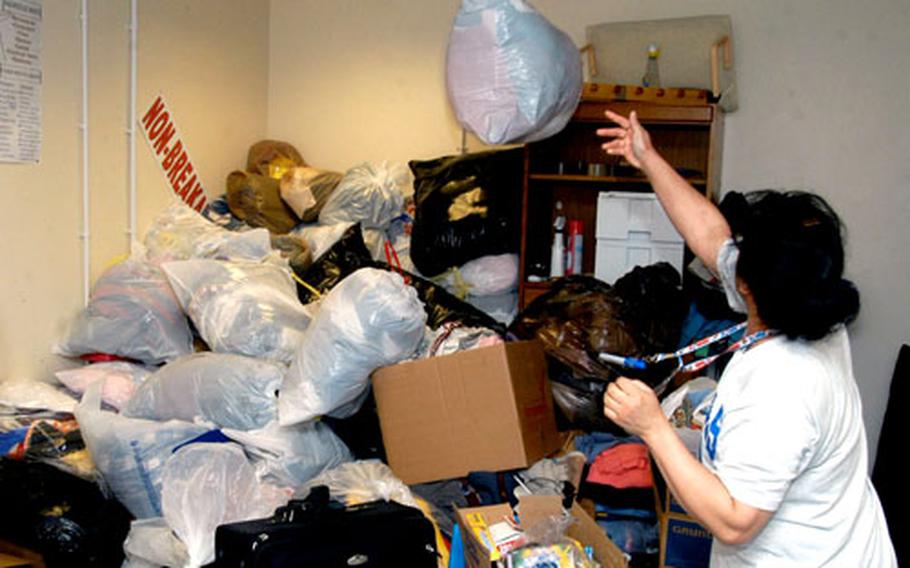 A volunteer sorts through donations at the Airman&#39;s Attic. (Sean Kimmons / S&S) 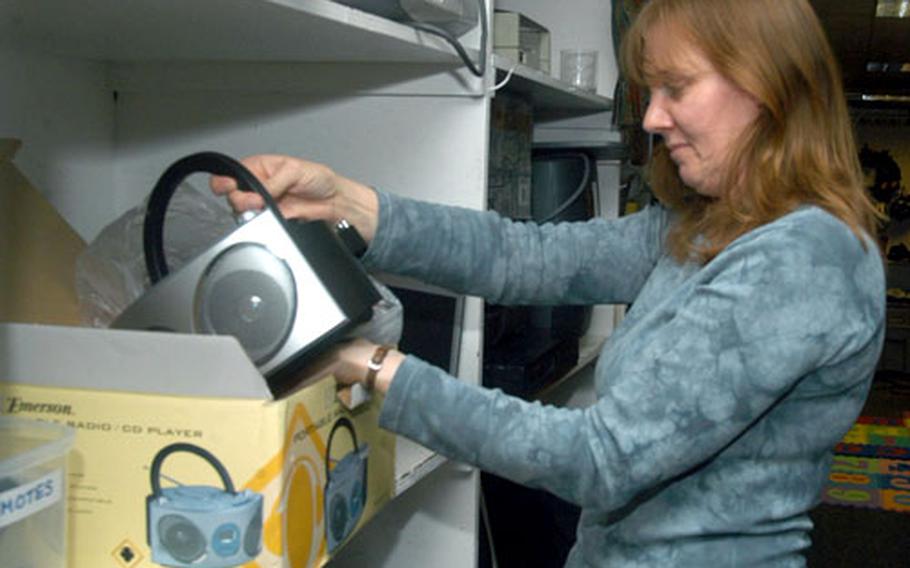 In bold black letters, the sign states &#8220;E5 and below only&#8221; as part of a recent change to deter others from abusing its services, said Yvonne Leonguerrero, a coordinator at the shop.

The Attic used to be open to everyone.

The store, in Building 651, provides basic household items, clothing, baby items, small appliances, electronics and military uniforms at no cost to its customers.

Before the policy change was instituted a few weeks ago, Leonguerrero said, the Attic had issues with &#8220;regulars&#8221; who would snatch up the best items and leave unwanted things for the airmen, who were usually the ones in need.

&#8220;We do have some eyewitnesses who have actually seen regulars go off base and sell the stuff at car boot sales,&#8221; she said.

This breaks the first rule of the Attic &#8212; not to resell items for personal profit, she said.

Leonguerrero and other volunteers voiced their concerns to the First Sergeants Council, the shop&#8217;s sponsor, in an effort to set up a new policy.

&#8220;All the changes came from the volunteers, we just helped them implement them,&#8221; 1st Sgt. Rafael Chacon, a member of the council, said.

In addition, the Attic has altered its hours. The Attic is now open from 5 to 8 p.m. on Monday through Thursday.

Leonguerrero said she hoped staying open later will encourage targeted custormers to shop at the store and maybe even volunteer to help sort donations.

The volunteers have been hearing plenty of complaints about the changes, she said. Some with concerns wonder what will happen to the donated items if fewer people are allowed to shop at the Attic.

&#8220;We get overloaded with donations, which is OK because that helps us get better quality things out for the airmen,&#8221; she said.

The Attic has a partnership with an off-base charity called the British Heart Foundation, which it donates to frequently. The Attic also works with the 48th Civil Engineering Squadron to salvage unwanted items with a textile recycler. In return, the recycling process funnels money back to the base, she said.

And on a case-by-case basis, the Airman&#8217;s Attic could help a servicemember of any rank get back on his or her feet, he said.