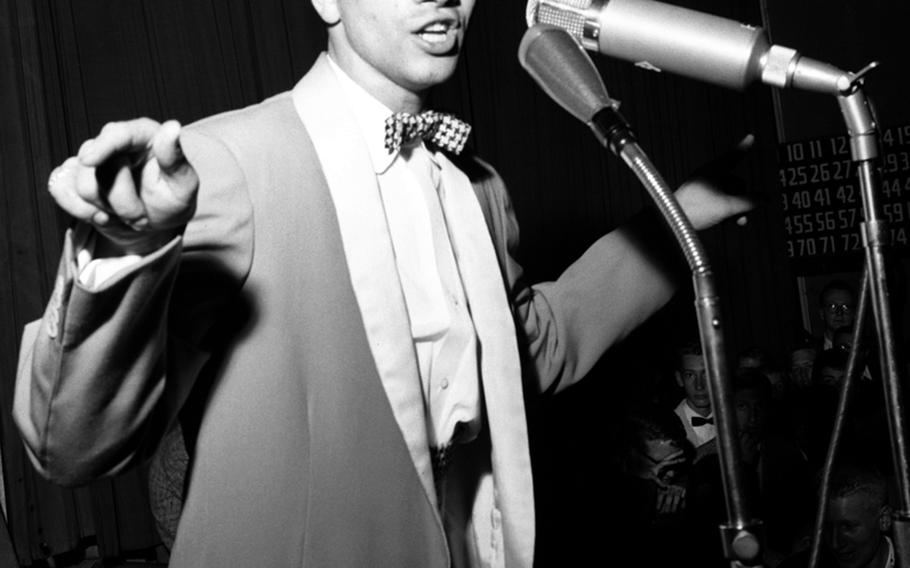 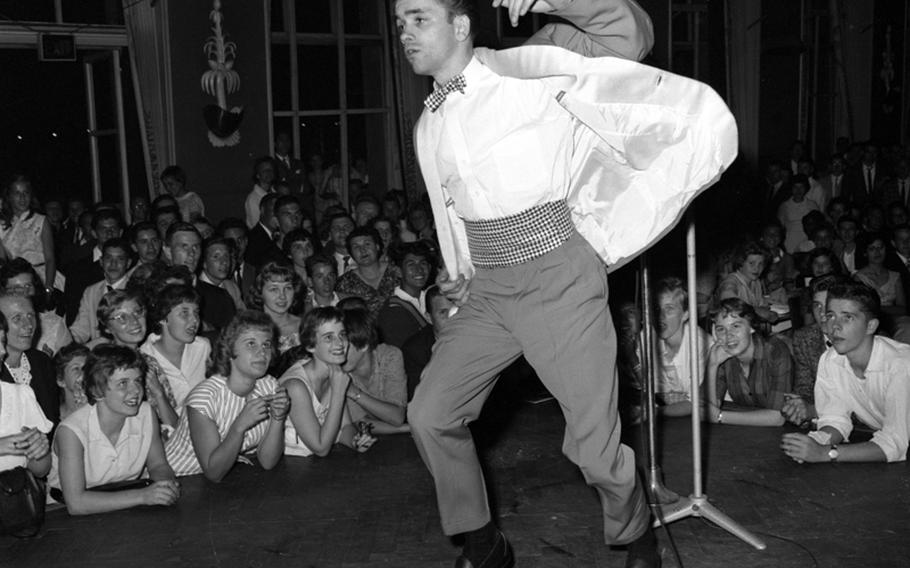 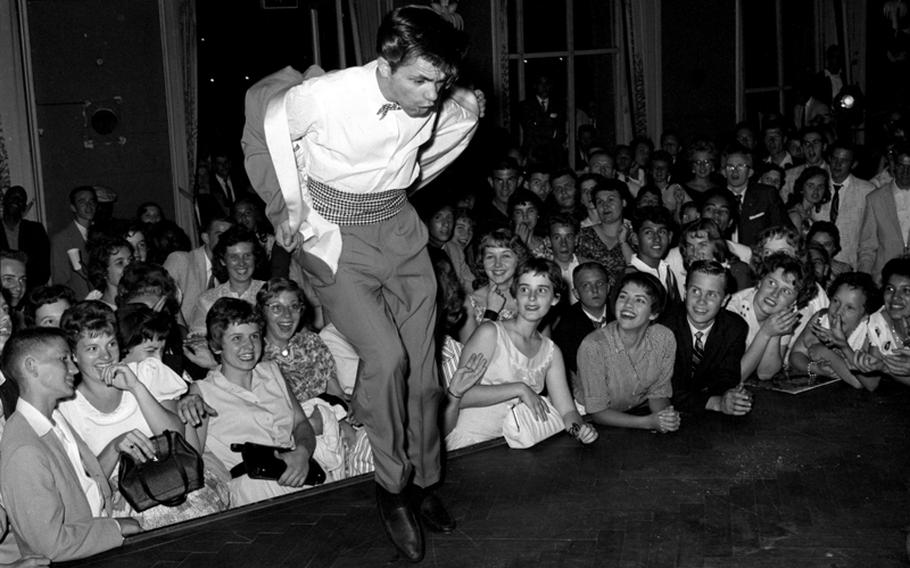 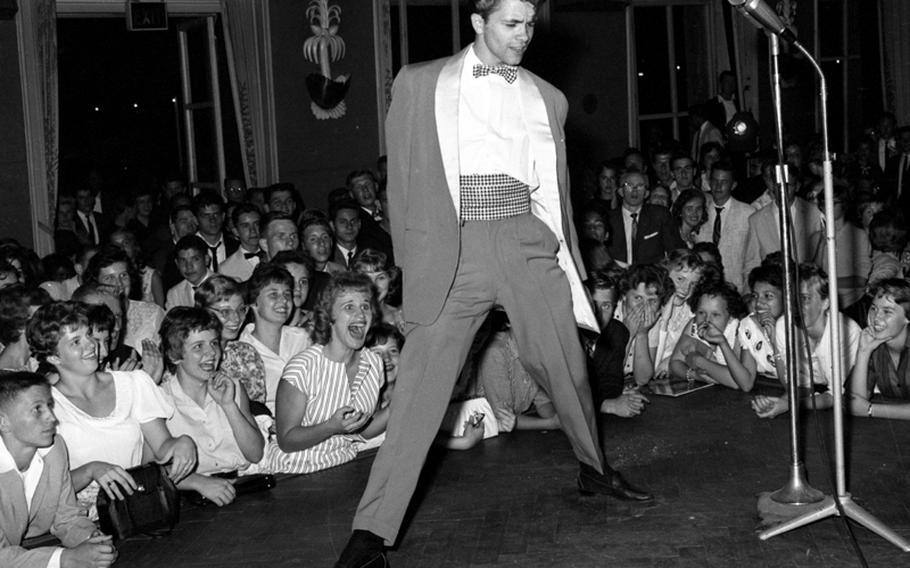 That's how A/2C Gus Backus defines the work he does off duty and in two languages.

Backus, an electrocardiograph technician at the U.S. Air Force hospital here, has a golden record &mdash; for selling 1 million copies &mdash; of "Come Go With Me," a number he wrote and in which he sang lead with an all-airman quintet, the Del Vikings.

That was before he came to Germany two years ago. The old group has been reorganized without the loose-jointed 21-year-old New Yorker, who now is performing with that special sort of beat as a single and in German as well as in English.

"I'm just starting out in German," Backus says. "I've made two sides in Vienna. I go down to the concert hall there, and the record company gives me a coach. He and I go through it in German.

"The next day we record it. If the coach did a good job, it comes out good. If he did or I didn't, we work on it some more.

"Over here everything is recorded by synchronization. They record the combo, and all you have when you work is a big set of earphones. You hear the background and sing against that. It's not at all like working with a regular group."

Backus speaks fluent German of the Frankfurt-Wiesbaden variety which, he says, he just picked up from his friends and acquaintances.

But Viennese German is different. And American rock 'n' roll numbers have to be revamped entirely for translation into German.

The tempo is all important to rock 'n' roll, and if you translate a two- or three-syllable English word into a five- or six-syllable .German word, you've lost it, Backus explains.

So far he's recorded "Ab and Zu" ("Now and Then"), and "Ich Bin Traurig Wenn Du Gehst" ("I Am Sad, When You Go"), and plans to make some more German records soon.

Backus sings in a loose-jointed, always-in-motion style, apparently on the assumption that keeping his limbs and spinal column in motion helps get the music across.

He always ad-libs his performances, he explains, adding that while this habit may drive the combo insane, it makes for a better job.

"In New York I once stopped cold on the stage, told the band to stop the music, and then knelt down and tied my shoe. The audience liked it, but the band didn't," he recalls.

This singer has a natural talent for making the cash register sound off in rock 'n' roll, and he's convinced that the crux of the matter is being natural.

"My Theory is that if 20 guys go to the same music teacher, you have 20 guys who sing about the same. I've never had any formal musical education; I sing to please myself, and if others like it, I'm successful."

Backus says he learned to play the piano strictly by ear in something less than two years. He professes ignorance of the guitar, a standby for many rock 'n' roll singers.

"I'm more used to working with a group," he explains. "In a group you can grab your buddy by the sleeve and work that way. When you're playing it single, you have to carry the whole thing yourself."

And carrying the whole thing himself has Backus stomping back and forth between choruses, his jacket half off one moment and back on the next. And there's the ever-present shock of hair over his eyes.

Getting back to his Air Force job in which he sometimes sings to patients, Backus says that on duty he helps make pictures of hearts, and that off duty he captures hearts.

"That's the way my CO explained it," Backus says.