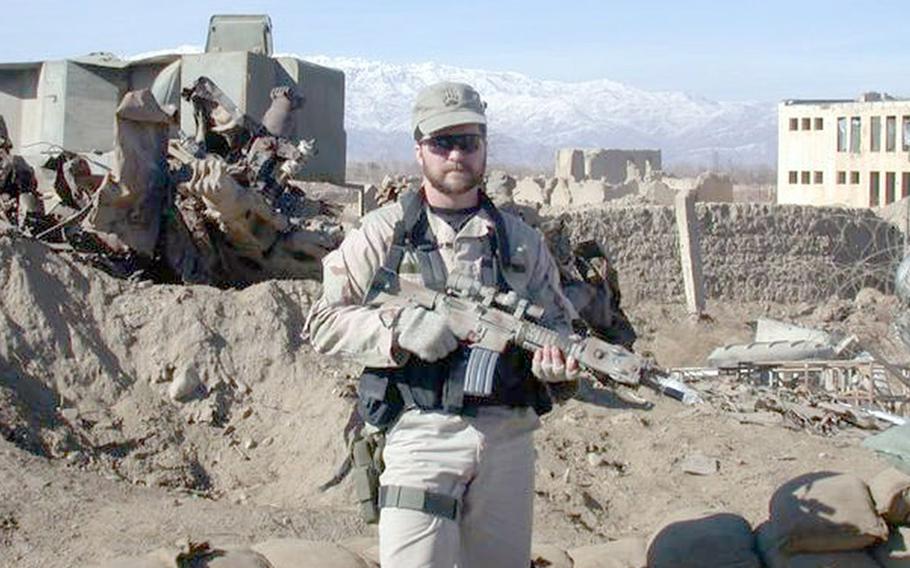 The Air Force would not confirm reports that Tech. Sgt. John Chapman, a combat controller killing in action in Afghanistan in 2002, will be posthumously awarded the Medal of Honor later this year. (Courtesy of the U.S. Air Force)

A combat controller killed in action in Afghanistan in 2002 is set to become the first airman awarded the Medal of Honor since the Vietnam War, according to a national security news site.

Tech. Sgt. John Chapman will be awarded the medal posthumously later this year, Task & Purpose reported Friday, citing “sources familiar with the matter.” Air Force officials told Stars and Stripes Monday that they could not confirm the report.

“Chappy,” as his teammates knew him, was one of two airmen awarded the Air Force Cross, the service’s second-highest honor, for actions during the Battle of Roberts Ridge against al-Qaida fighters on a mountainside above Afghanistan’s Shah-i-Kot Valley on March 4, 2002. The other was Senior Airman Jason Cunningham, a pararescueman.

In 2005, the Navy named a cargo ship after Chapman, who fought alongside a SEAL team during the battle.

His award upgrade is based on analysis of video captured by a Predator drone and an AC-130 gunship over the battlefield, the Task & Purpose report said.

Chapman’s Air Force Cross citation says he died while engaging an enemy machine gun; however, the aerial footage suggests he fought on, killing one enemy with a gunshot and another in hand-to-hand combat, the report said. When a quick reaction force of 35 Army Rangers arrived in helicopters, Chapman emerged from a bunker to provide cover fire before being gunned down by the enemy.

Chapman’s family was told in March that his award had been upgraded to the Medal of Honor, the website reported.