Airman killed 10 years ago in Afghanistan is honored at Aviano 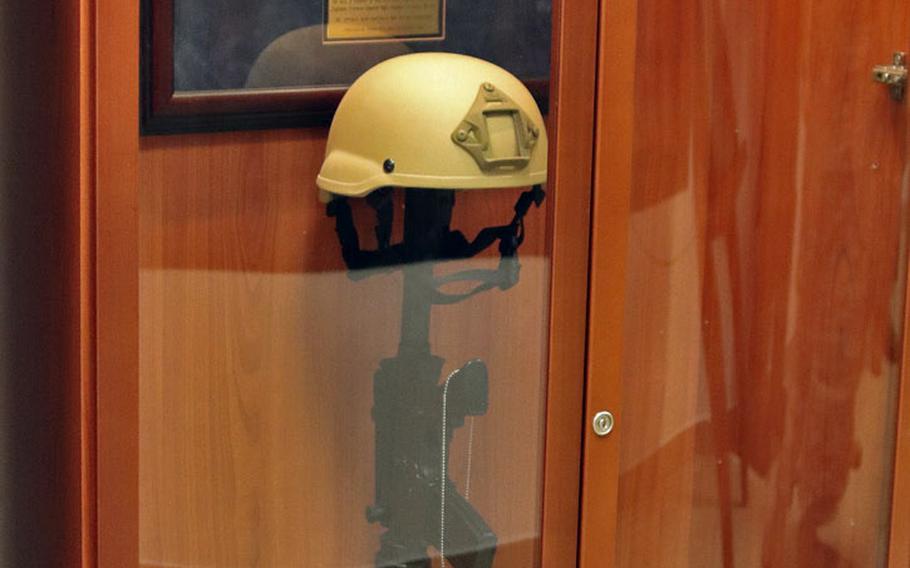 Buy Photo
A display inside the Airman Leadership School at Aviano Air Base, Italy, memorializes Tech. Sgt. Adam K. Ginett who was killed in Afghanistan in January 2010. The Airmanship Leadership School was renamed in honor of Ginett on February 13, 2020. (Norman Llamas/Stars and Stripes)

Buy Photo
A display inside the Airman Leadership School at Aviano Air Base, Italy, memorializes Tech. Sgt. Adam K. Ginett who was killed in Afghanistan in January 2010. The Airmanship Leadership School was renamed in honor of Ginett on February 13, 2020. (Norman Llamas/Stars and Stripes) 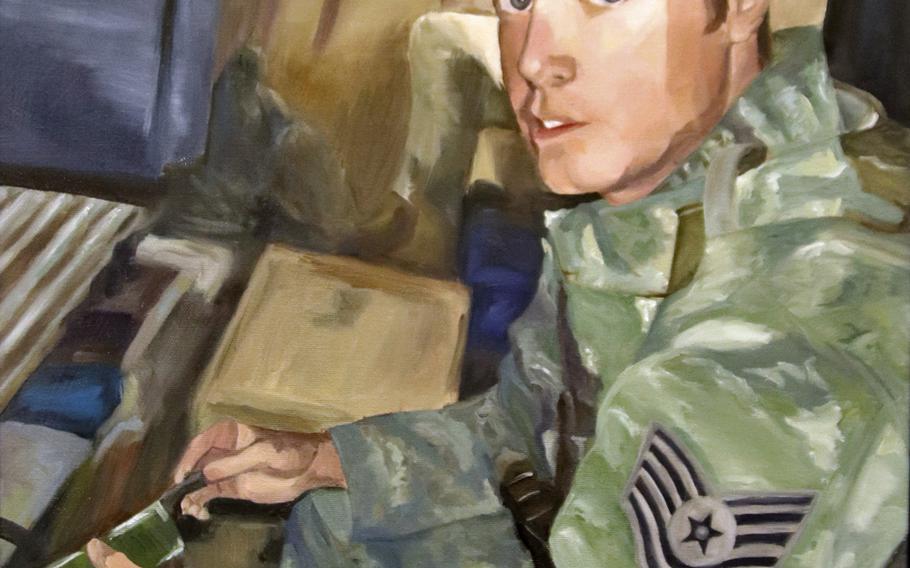 A painting of Tech. Sgt. Adam K. Ginett is displayed inside the Airman Leadership School at Aviano, which was renamed in honor of Ginett in a ceremony held Feb. 13, 2020. Ginett was killed by a remote-detonated explosive device, January, 19, 2010 in Afghanistan. (Painting by Tristan Dao) 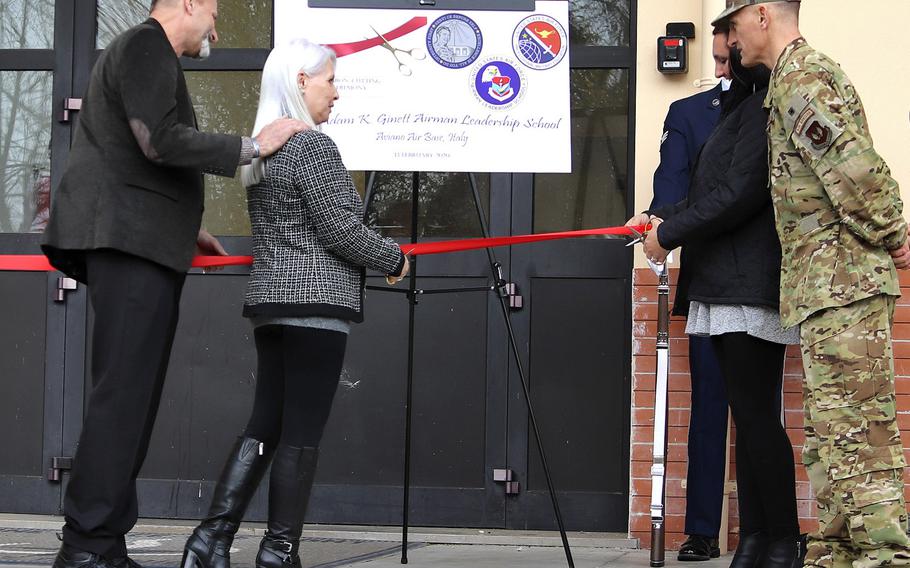 AVIANO AIR BASE, Italy – Air Force Tech. Sgt. Adam K. Ginett, who was killed 10 years ago in Afghanistan, was honored this week at Aviano, where the Airman Leadership School was named after him.

An explosives ordnance disposal expert assigned to the Aviano-based 31st Civil Engineer Squadron, Ginett died Jan. 19, 2010, near Kandahar Airfield in Afghanistan of wounds suffered from an improvised explosive device. He was 29.

“When your hero dies, you weep for weeks, sometimes longer,” Ginett’s mother, Christina Kasakavage, told the hundreds of service members and civilians who attended Thursday’s ceremony.

“I’m left with knowing that those men and women entering these doors will at least read Adam’s name, and if they didn’t know him, they will know that this airman existed and that he served his country,” she said.

Ginett was remembered as an innovative leader who wasn’t afraid to try new things, and a humble man who learned from his mistakes.

“Adam was a teacher,” Lt. Col. Matthew Borawski, commander of the 31st Civil Engineer Squadron said. “Adam was a leader in a very technically challenging career field, to whom peers and subordinates naturally gravitated for advice.”

At leadership schools like the one renamed in Ginett’s honor, airmen receive instruction in unit cohesion, morale and leadership principles, and learn how to supervise lower-ranking airmen and communicate effectively. Leadership schools are mandatory for airmen seeking promotion to a supervisory rank.

“Ma’am, I promise you, my family promises you, that we will fulfill our obligation to love, care and support your family – our family, because this is a family business,” he said