Airman identified as shooter in double murder-suicide in Colorado 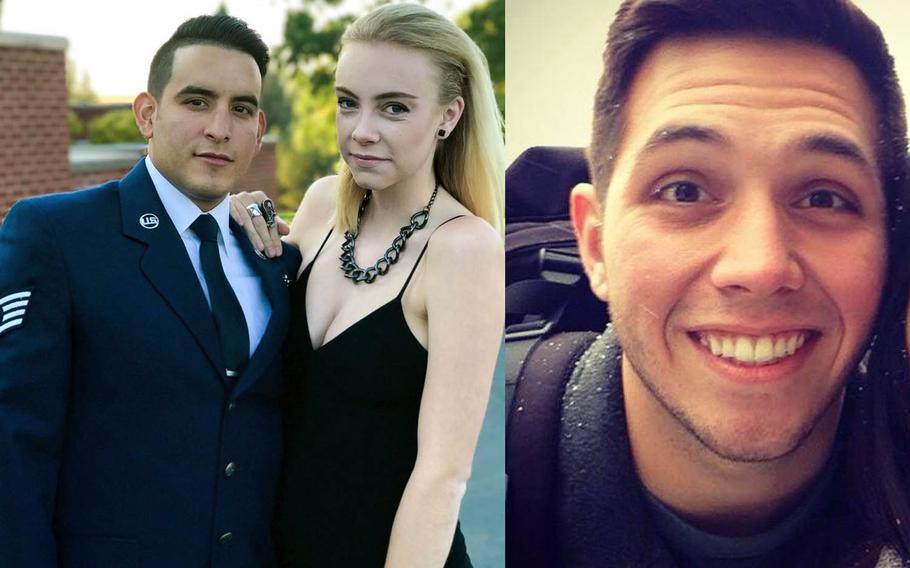 A Wyoming airman has been identified as the shooter in a double murder-suicide near Colorado State University last week.

Staff Sgt. Michael Zamora, 30, fatally shot two people and wounded a third before killing himself in an apartment complex parking lot in the early hours of Oct. 19, said police in Fort Collins, Colo.

Zamora was assigned to F.E. Warren Air Force Base in Cheyenne, Wyo., about 60 miles north of Fort Collins, and was off duty at the time of the shooting, multiple media reports said.

Officers recovered two rifles and a handgun registered to Zamora at the scene, according to The Denver Post.

The three victims took a rideshare back to an apartment complex just before 2 a.m. and were ambushed by Zamora shortly after arriving, according to the Rocky Mountain Collegian. Zamora had been socializing with the victims earlier in the evening but did not ride home with them.

The deceased victims were identified as Tristian Kemp, 26, and Savannah McNealy, 22, according to the Larimer County Medical Examiner’s Office website. The third victim, Megan Dierker, 21, was hospitalized with injuries that are not life-threatening.

Zamora was in a relationship with McNealy and had initially traveled with Kemp to Fort Collins to celebrate her birthday. Kemp, originally from Guam, was an Air Force veteran who had served with Zamora and completed two tours in Afghanistan, according to the Guam Daily Post.

“He was gentle, funny and a kind, loving person who worked hard and was brave enough to put his life on the line for this country several times,” Kemp’s uncle, Thomas Perez, wrote on Facebook.

Kemp’s family has created a GoFundMe to help repatriate his remains to his family in Guam.

McNealy was an arts major at CSU and was set to graduate in December.

“Right now we don’t know what the motive was,” Fort Collins Police Chief Terry Jones told The Denver Post. “We’re not ruling out a love triangle.”