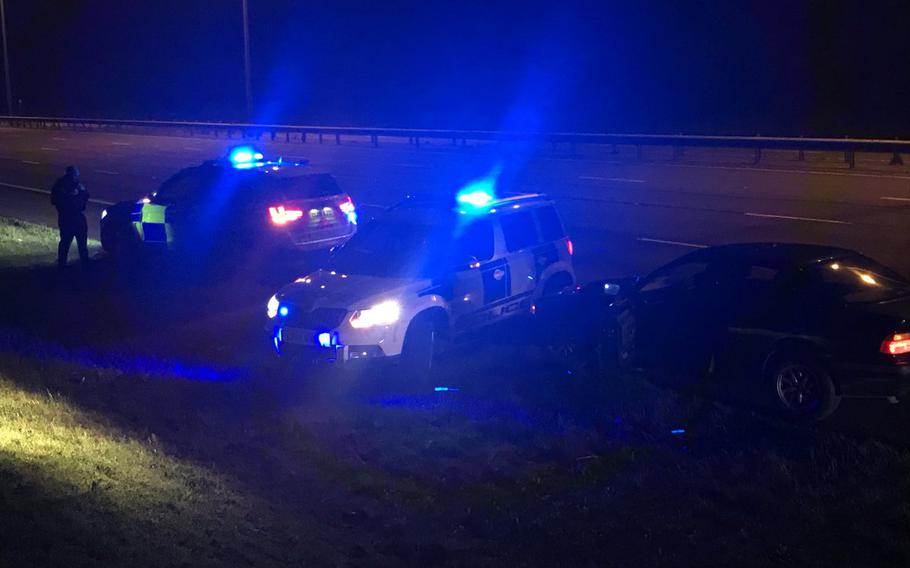 British police stop airman Andriu Oswaldo after a pursuit resulting in damage to one of their BMW X5 squad cars on the A1 motorway near Sawtry, Cambridgeshire, Saturday, April 14, 2018. (Photo via Twitter)

RAF MILDENHALL, England — An airman assigned to a unit on RAF Alconbury has been arrested and charged with driving while over the legal alcohol limit following a highway chase on Saturday, police said.

Oswaldo led police on a pursuit along the A1 motorway near Sawtry, Cambridgeshire, resulting in damage to one of their BMW X5 squad cars, road police said on Twitter.

Oswaldo was charged with driving while over the legal alcohol limit, failing to stop for police and using a mobile phone while driving. He will appear at the Peterborough Magistrates Court on May 2.

A spokesman for the 501st Combat Support Wing at RAF Alconbury said all U.S. personnel must adhere to British laws.

“If found guilty in U.K. court, further administrative consequences may be considered by the airman’s commander,” the spokesman said.