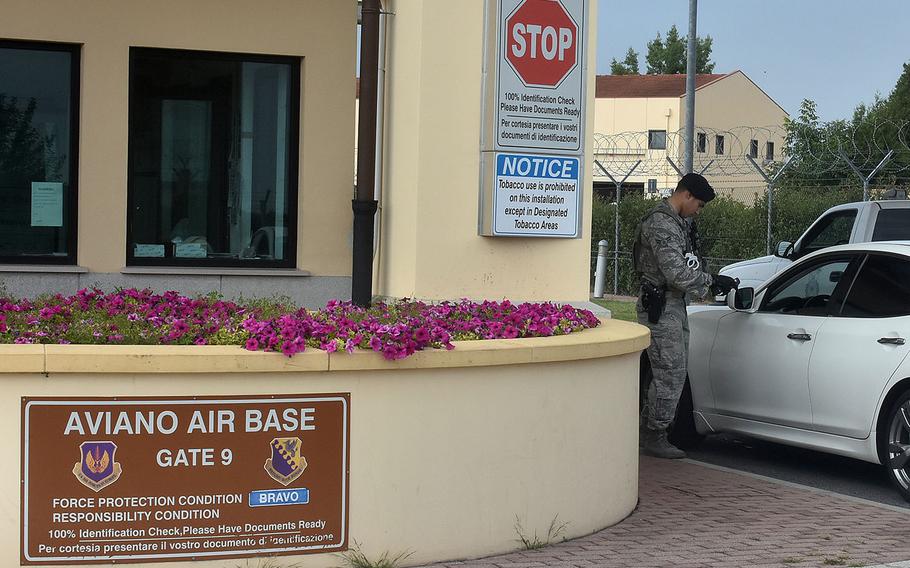 Buy Photo
An American airman assigned to the 31st Fighter Wing was found dead early Monday morning, according to a statement issued by the Italian Ministry of Defense. (Kent Harris/Stars and Stripes)

AVIANO AIR BASE, Italy — An American airman assigned to the 31st Fighter Wing was found dead on base early Monday morning, the Italian Defense Ministry said in a statement.

U.S. authorities and Italian officers responded to the scene shortly after the airman’s body was found at 1:12 a.m., the statement said. The cause of death is being investigated.

The identity of the airman has not been publicly released yet, but likely will pending notification of next of kin.

U.S. officials were not immediately available for comment Monday afternoon.