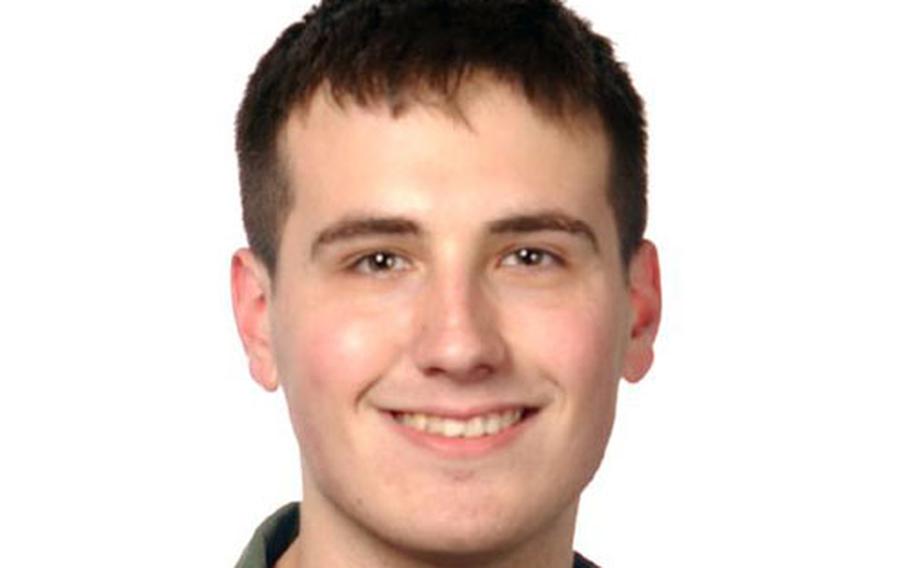 Airman 1st Class Michael Hess, the editor of the base publication, won the award for his graphic for Airman ZOT, a responsible drinking campaign that ran in May 2005.

The Thomas Jefferson Awards Program is an annual competition that recognizes achievements of military and civilian journalists involved in military print and broadcast media.

Hess and other winners of the program&#8217;s 2005 categories were honored at an awards ceremony May 5 at the Defense Information School on Fort Meade, Md.

The 20-year-old from Mentor, Ohio, was one of the first to initiate the Airman ZOT campaign last year in an effort to deter alcohol-related incidents at RAF Lakenheath. The campaign is used at other Air Force bases throughout U.S. Air Forces in Europe, he said.

The graphic design was the precursor for a series of Airman ZOT campaigns, Hess said.

Last week, Hess said he&#8217;s writing a feature and working on another graphic design for the one-year anniversary of the Airman ZOT program.