Airman arrested off base on Okinawa with handgun in his possession 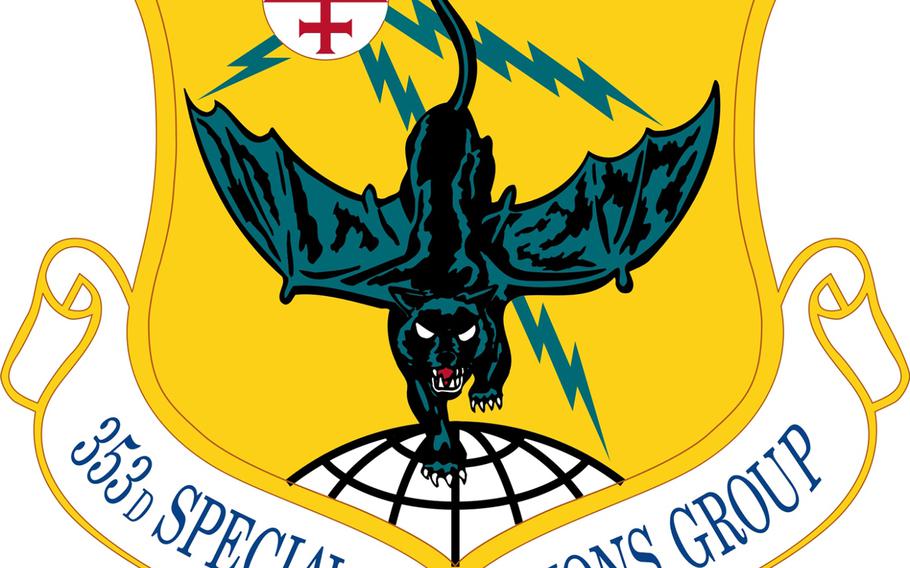 The official emblem of the 353rd Special Operations Group from Kadena Air Base, Okinawa. (Courtesy of U.S. Air Force)

CAMP FOSTER, Okinawa — An airman assigned to Kadena Air Base was arrested off base Thursday for failing to report for duty and having a weapon in his possession, according to 18th Wing Security Forces.

The airman is assigned to the 353rd Special Operations Group, but was not further identified in a statement issued Monday by the wing.

U.S. military authorities had alerted prefectural police in Naha and Okinawa City of the missing airman and that he may be in possession of a handgun, the Okinawa Times newspaper reported Sunday.

Security personnel took him into custody at 5:45 p.m. in the Uza neighborhood in Yomitan Village, approximately 3 miles from U.S. Army base Torii Station, the report said.

“The missing serviceman was already under the custody of U.S. forces by the time local police officers reported to the site,” a prefectural police spokesman told Stars and Stripes on Monday.

The airman, who was “responsible for checking out weapons in the course of his duties,” had a firearm in his vehicle, the wing’s statement said. “The airman and the weapon were returned to military control by 18th Wing Security Forces.”

“We take control of our weapons very seriously and are further investigating the incident to ensure strict compliance with internal weapons control regulations,” the wing statement said.