Aircraft mechanics at Misawa take a page from business books 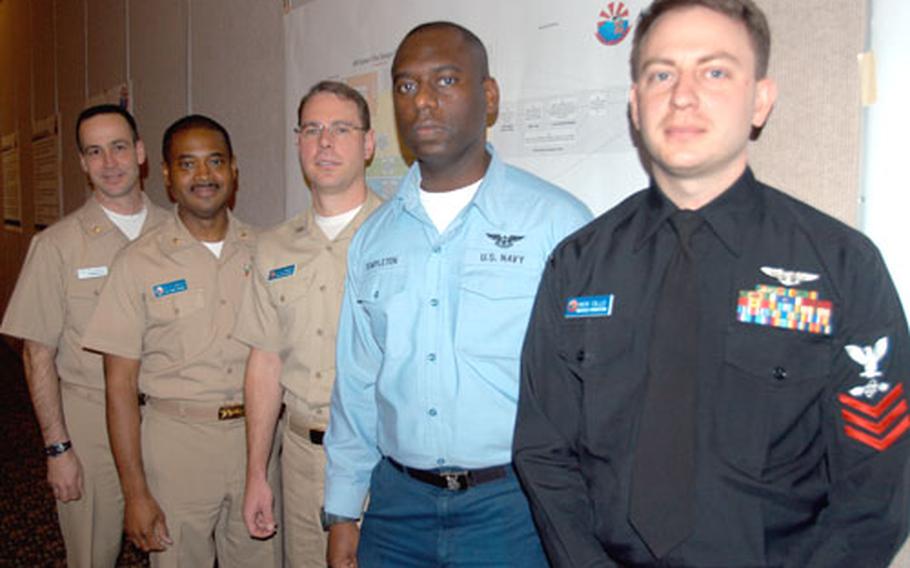 Members of the Aircraft Intermediate Maintenance Department (AIMD) and Aviation Supply Department are in the midst of a seven-week training program that&#8217;s part of the biggest change to naval aviation maintenance in 40 years, Navy officials say.

It&#8217;s called Enterprise AIRSpeed, and it&#8217;s the staple of a Navy initiative to make aviation maintenance and supply more cost-effective and efficient. AIRSpeed borrows proven business strategies from the private sector and &#8220;is a complete shift from what we know and understand,&#8221; said Navy Lt. Darren Wright, AIMD AIRSpeed officer at Misawa.

The overall goal, he said, is to improve fleet readiness and free up dollars to buy new aircraft.

Stateside Navy and Marine Corps aircraft maintenance departments and squadrons already have received the training, which includes a mix of classroom and hands-on time and work center redesign. Teams of military, contractor and civilian personnel now are training at overseas locations. Iwakuni Marine Corps Air Station was the first stop in Japan, with Okinawa next in June and Naval Air Facility Atsugi scheduled for a later date, officials said. Aircraft carriers and amphibious assault ships are to follow shore- based units.

Goldratt Institute, based in New Haven, Conn., is the lead contractor for the AIRSpeed program, said the institute&#8217;s Kathy Austin. In a January news release, the company announced it received a firm-fixed price contract with a ceiling of about $96.6 million to continue implementing Enterprise AIRSpeed over a five-year period.

Key to AIRSpeed is switching from a &#8220;push to pull system,&#8221; Austin said. That involves supply, production control and the work centers focusing on &#8220;what&#8217;s needed to keep the aircraft flying&#8221; rather than individual efficiency goals.

&#8220;Instead of fixing every part that comes through our door &#8230; and just pushing components to the squadrons, our goal is to repair and replenish an item in a certain period of time,&#8221; Wright explained.

AIRSpeed is expected to save costs by reducing inventory and eventually manpower expenses as shops become more efficient, Wright said.

Petty Officer 1st Class Donald Templeton, a storekeeper with Misawa&#8217;s Aviation Supply Department, believes the new program &#8220;will bring supplies closer to the customer and all the stock sitting on the shelves will eventually disappear,&#8221; he said. Templeton is one of several Navy personnel from Misawa lending expertise during training here after completing the course in Hawaii as an apprentice.