Airborne is right on target in mass attack exercise at Grafenwöhr 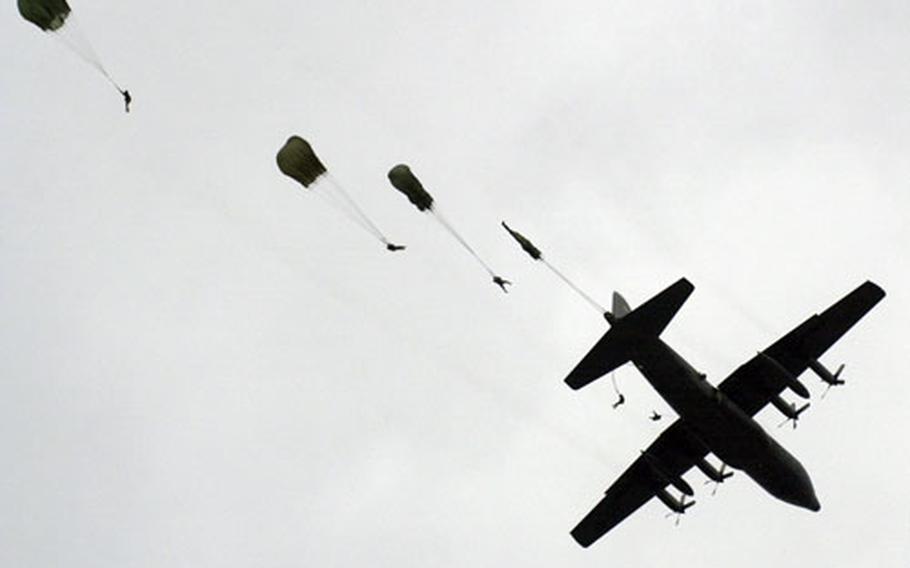 Soldiers from the 173rd Airborne Brigade parachute from a C-130 over Grafenwöhr Training Area in Germany on Monday. (Seth Robson / S&S)

Soldiers from the 173rd Airborne Brigade parachute from a C-130 over Grafenwöhr Training Area in Germany on Monday. (Seth Robson / S&S) 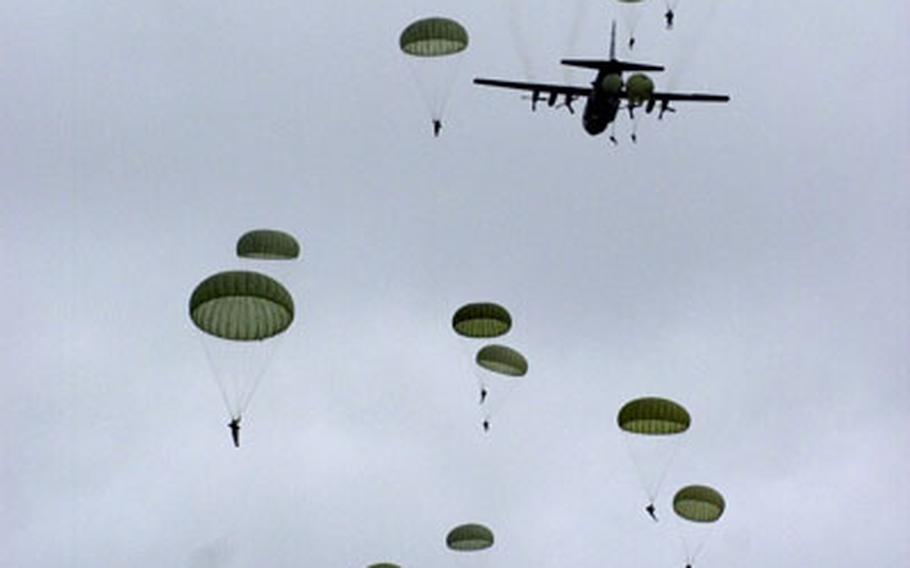 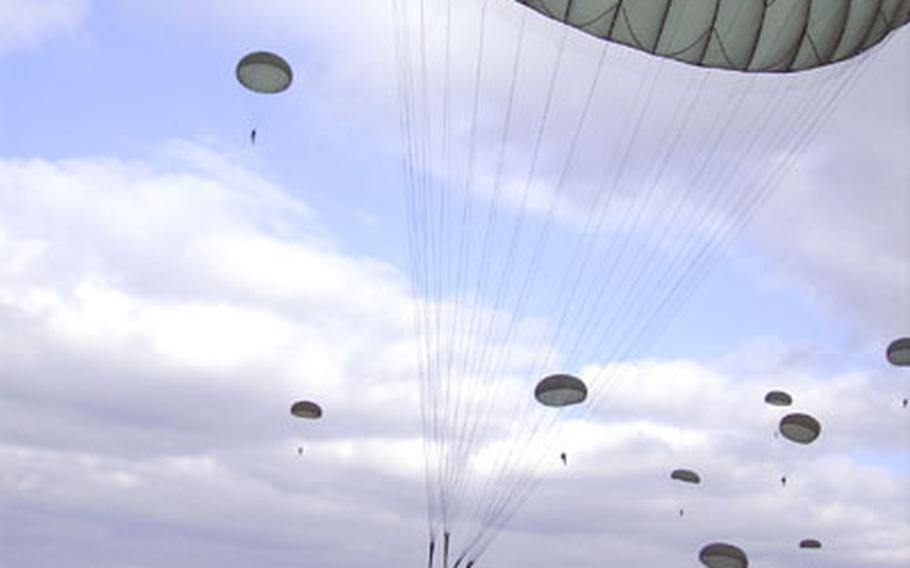 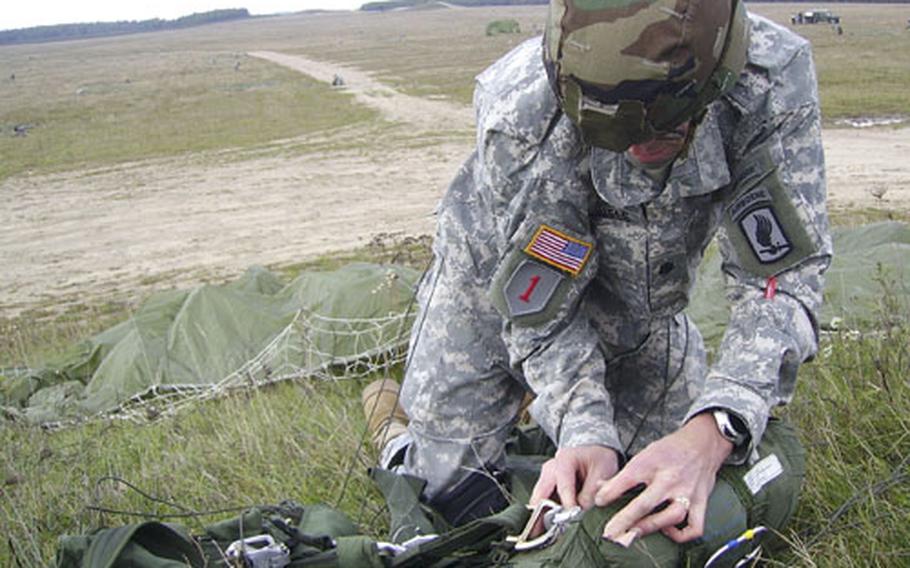 GRAFENW&#214;HR, Germany &#8212; Green mushroom-shaped parachutes filled the sky Monday as the 173rd Airborne Brigade and 37th Airlift Squadron mounted a mass attack in which 360 paratroops touched down in a matter of minutes.

Eight C-130s, six from the 37th Squadron, made two passes over the drop zone, a large grassy field inside the training area, allowing all of the paratroops to hit their target despite a strong breeze.

One of the jumpers, Sgt. Corey Willis, 22, of Indianapolis, looked amped when he arrived at a rally point for his unit &#8212; 1st Squadron, 91st Cavalry Regiment &#8212; next to a pine forest that encircled the drop zone. Willis said his only previous experience as a paratrooper was two years ago when he attended jump school at Fort Benning, Ga.

The former 3rd Infantry Division Bradley fighting vehicle gunner, who joined 1-91 last month, said he&#8217;d felt a strong wind blow through the C-130 when the door was opened for the jump.

After he leaped out of the aircraft, Willis said, he could see &#8220;some beautiful scenery&#8221; and hundreds of other parachutes.

Many of the paratroopers appeared to land hard on the stony ground, but Willis said he landed in soft sand.

One of the 37th Air Lift Squadron personnel helping coordinate the operation from the ground, 1st Lt. Aaron Justice, said he flew a C-130 during a smaller airborne operation involving the 173rd last week.

&#8220;It was pretty exhilarating to hear all the feet stamping on the deck out back as opposed to throwing out sandbags or cargo,&#8221; said Justice, adding that he can appreciate how the paratroops feel.

&#8220;I went to airborne school as an Army cadet at West Point before transferring to the Air Force,&#8221; he said.

The 1-91 paratroopers were joined by soldiers from several other 173rd units including the brigade&#8217;s Combat Support Battalion, Special Troops Battalion, Headquarters and Headquarters Company and 2nd Battalion, 503rd Parachute Infantry Regiment, he said.

The mass attack was the first jump for 1-91, which stood up in June when 1st Squadron, 4th Cavalry Regiment reflagged to join the brigade, Kolenda said.

About 30 to 40 percent of 1-91 soldiers came from the Quarterhorse Regiment. Only half of those in the unit are airborne-qualified so far, although eventually the entire unit will have gone through jump school, he said.

Capt. Peter Gilbert, 29, of Laurel, Mass., 1-91&#8217;s primary jump-master for the mass attack, said the airborne operation was the last part of the 173rd&#8217;s transformation to an Airborne Brigade Combat Team.

&#8220;This jump builds espirit de corps and brings the whole brigade combat team together,&#8221; he said.