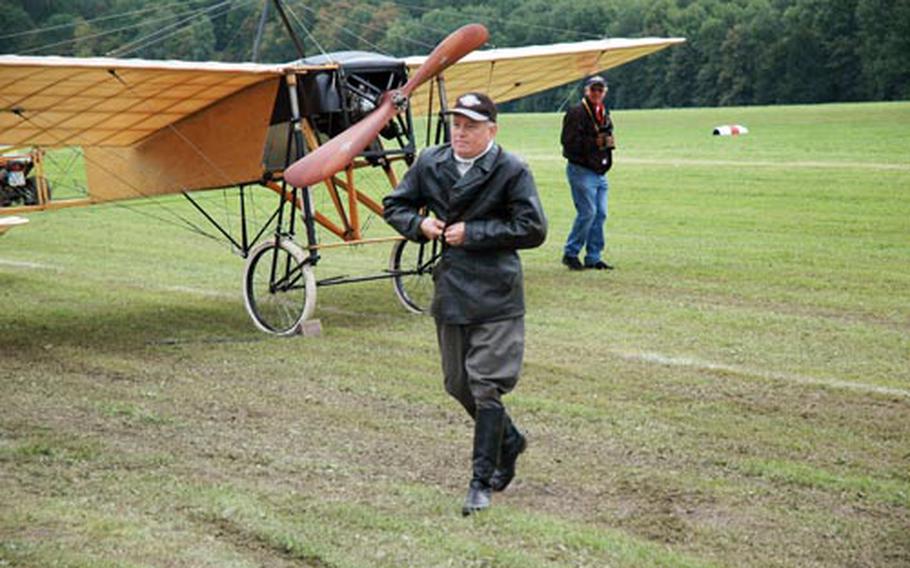 More than 80 aircraft, including several vintage planes, will be on display this weekend in Griesheim, Germany. (Photo courtesy of Technische Universität Darmstadt)

More than 80 aircraft, including several vintage planes, will be on display this weekend in Griesheim, Germany. (Photo courtesy of Technische Universität Darmstadt) 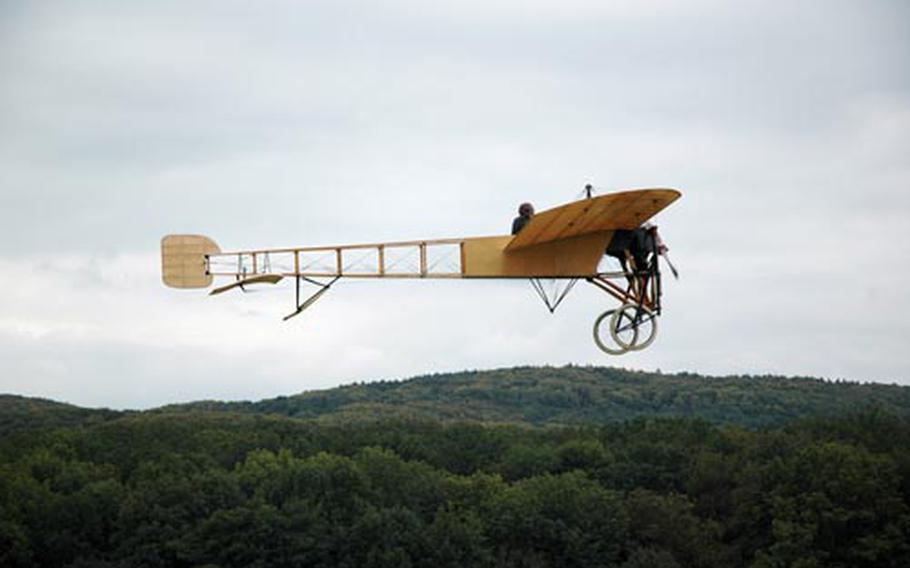 Located south of Frankfurt near Darmstadt, the city is home to the oldest airfield in Germany, which is marking its centennial this year. Another display this weekend will occur in Pirmasens, south of Kaiserslautern. Both are planning to send some of their planes aloft. In Griesheim, a major attraction will be the Blériot XI, a light monoplane constructed of oak and poplar that dates back to 1909. (Photo courtesy of Technische Universität Darmstadt)

Aircraft enthusiasts in Germany will have their pick this weekend of two air shows that will include several vintage flying machines.

Of the two events, the largest and most significant will occur in Griesheim, located south of Frankfurt near the city of Darmstadt. The other show is scheduled for the city of Pirmasens south of Kaiserslautern.

Organizers of the air show at August Euler Flugplatz, also known as Griesheim Airfield, are marking the facility&#8217;s centennial.

"It&#8217;s the oldest airfield in Germany," said Lydia N&#228;her, a spokeswoman for the two-day event. "There are documents that confirm it."

More than 100 planes are expected to descend on the airfield this weekend, according to Martin Stenger, one of the organizers of the event. The list of aircraft ranges from a Messerschmitt and a Ju 52 to an Antanov and a Focke Wulf.

The most historical plane in the lineup will be an original Bl&#233;riot XI, a lightweight monoplane constructed of oak and poplar first built in 1909. The Bl&#233;riot XI on display this weekend in Griesheim dates back to 1911, and is currently owned by a Swedish man who transported it to the site just for the show.

"It has been restored, but it is an original airplane with its original engine," Stenger said. "We are crossing our fingers that it will not be too windy and that our plane will be able to fly. The weather forecast looks good."

While most of the planes will be strictly on static display, several vintage aircraft will participating in flying demonstrations from about 1-5 p.m.

Members of the U.S. Army Europe band will also be on hand to provide some entertainment. Admission to the air show is free. Food and drinks will be available for sale. The show runs from 10 a.m. to sunset each day.

The hours are the same for the show in Pirmasens, though admission will cost 4 euros per person, said Stefan Keller, the event manager. He estimates that between 20 and 30 aircraft will be on hand, with a few of them making flights.

Like the extravaganza in Griesheim, the Pirmasens show will have a Ju 52, a World War II era aircraft primarily used by the Germans for troop and cargo transport. Unlike the larger show, Keller said a few seats remain for anyone willing to plop down 145 euros for a brief 15-20 minute ride.

"This plane is so safe and good natured," Keller said.

The Pirmasens airfield, originally built by the U.S. military in the 1950s, is located about a mile north of the town of Rieschweiler, roughly between the cities of Pirmasens and Zweibr&#252;cken.

The Web site for the Pirmasens show is: www.aero-club-pirmasens.de

For more details on the Griesheim event go to: www.100-jahre-august-euler.de