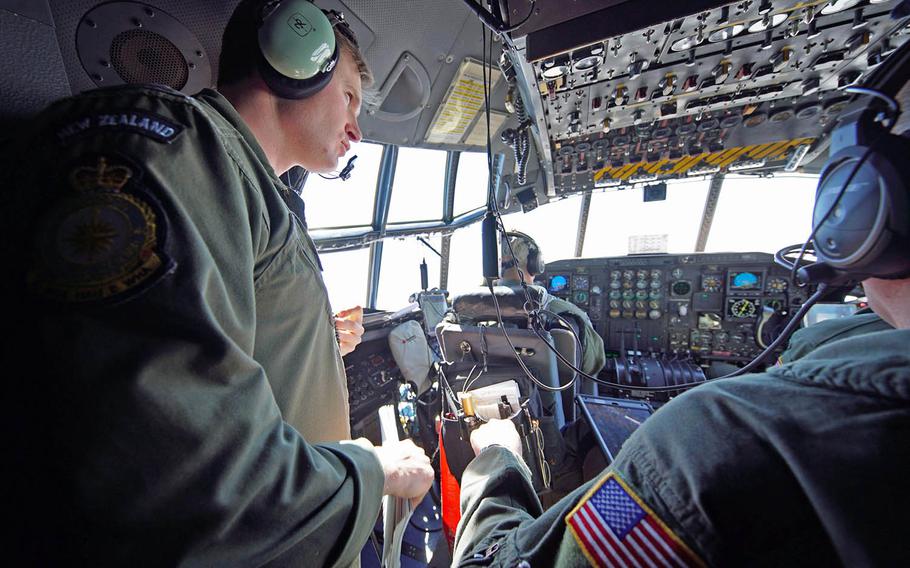 Defense ties have warmed between nuclear-free New Zealand and its longtime U.S. and Australian allies in recent years but it’s unclear if the trajectory will remain positive.

Newly sworn-in New Zealand Prime Minister Jacinda Ardern, whose Labour Party came to power in a coalition this month despite getting far fewer votes than their conservative rivals in September’s election, is a former President of the International Union of Socialist Youth who has called capitalism a “blatant failure.”

Kiwi troops have participated in operations in Iraq and Afghanistan and are deployed to the Middle East as part of Operation Inherent Resolve. The New Zealand Defence Force is in line to buy billions of dollars of American hardware that could include C-130J Hercules cargo planes and Boeing P-8A Poseidon maritime patrol aircraft.

Paul Buchanan, an American security analyst based in New Zealand, said the country’s new leaders won’t likely pull their forces out of the battle against the Islamic State but might reject requests for additional personnel in Afghanistan and be less likely to purchase American military gear, despite troops’ preference for it.

Brazilian, European and Japanese aerospace companies are reportedly hawking their aircraft to the Kiwis.

“We may see a less American-centric approach to equipment purchases and deployments,” he said.

Questions have also been raised about New Zealand’s relationship with its closest ally, Australia.

In August, Australia’s foreign affairs minister, Julie Bishop, accused the Labour Party of attempting to undermine her government and said she would find it “very hard to build trust” with them if they won the election.

The American airmen participating in Southern Katipo were focused on their training, rather than politics.

Lt. Col. Ken Radford, 40, a C-17 pilot and commander of the Alaska-based 249th Airlift Squadron, said New Zealand airmen have been flying on the American planes to help crews get used to operating in local conditions.

The U.S. planes were preparing to parachute cargo to ground troops operating on the South Island this week, he said.

Maj. Gen. Tim Gall, commander of Joint Forces New Zealand, said in a statement that the New Zealand Defence Force has shown it can conduct stability, support and humanitarian operations during several operations in the South Pacific and Southeast Asia.

“But we need to keep on testing and evaluating our expeditionary capability so that we are ready to respond before a crisis demands it,” he said.

“We have to keep on enhancing our ability to conduct joint operations involving maritime, land and air assets and to work alongside our international defence partners,” he said.