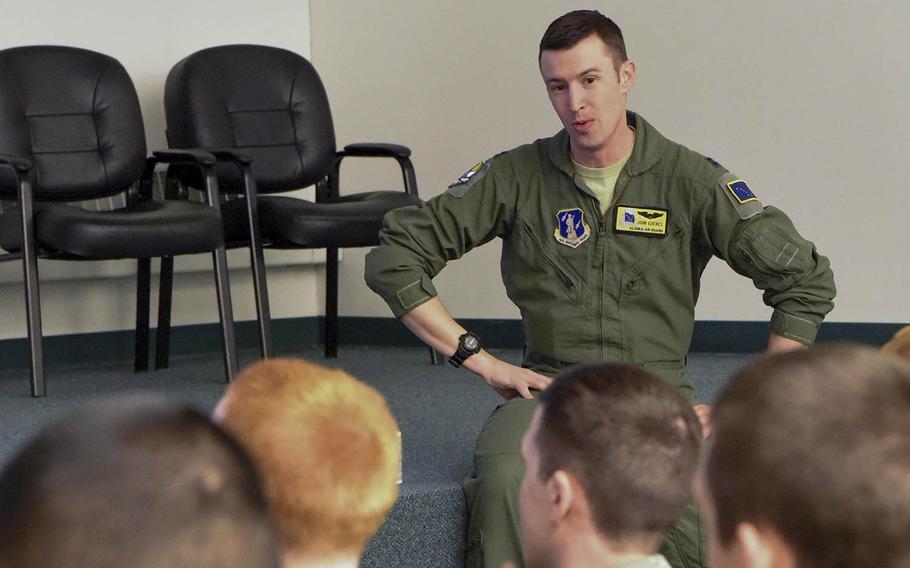 Air Force officials on Guam investigated Goeres death and concluded that he died of an accidental drowning, according to the Air National Guard.

He began his career in 2004, enlisting with the Oregon Air National Guard’s 173rd Fighter Wing in Klamath Falls, Ore., the statement said. He had been with the 168th ARS since 2012 when he was selected to become a pilot.

“Capt. John Goeres was a trusted and gifted aviator, a leader who rose from the enlisted ranks to fly jets for the Alaska Air National Guard,” 168th Wing commander Col. Bryan White said in the statement.

“Our hearts are saddened by the sudden and tragic loss of such a fine young man,” White added. “He served our state and nation with distinction and honor, and we will miss him dearly. Our thoughts and prayers rest with his family, as well as all of those who served beside him.”

Goeres is the second U.S. servicemember to die on Guam this fall. On Sept. 28, Petty Officer 3rd Class Zahir Hakeem of the USS Ronald Reagan went missing while swimming near Haputo Beach at Naval Computer and Telecommunications Station Guam, the Navy said at the time. His body was discovered in the water the following day.