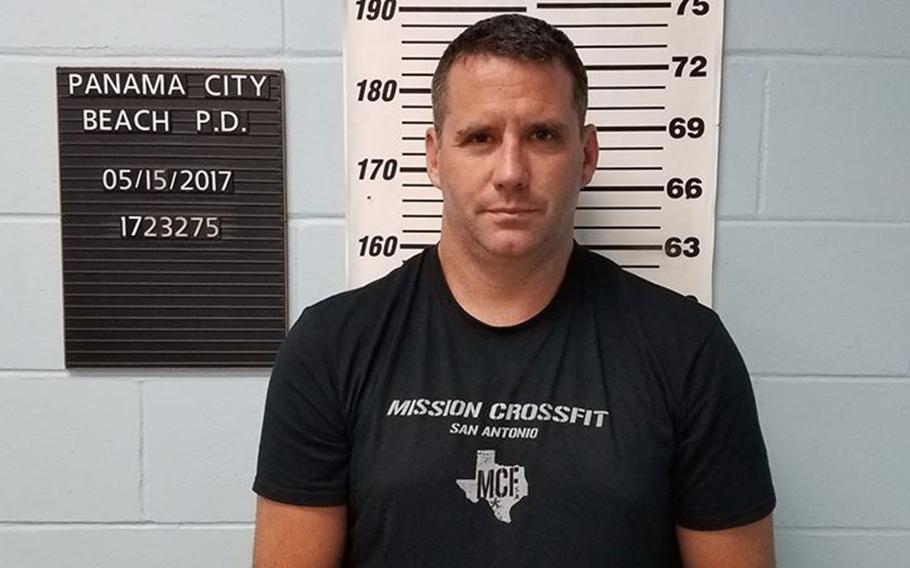 Air Force Col. Michael Shawn Garrett, 45, was convicted Tuesday, Oct. 17, 2017, in federal court of soliciting a minor for sex, according to the U.S. Department of Justice. ()

WASHINGTON — A Florida Air National Guard colonel was convicted Tuesday in federal court of soliciting a minor for sex, according to the U.S. Department of Justice.

Air Force Col. Michael Shawn Garrett, 45, arranged to meet with an undercover police officer who he believed was a 14-year-old boy to engage in sexual activity, according to evidence U.S. attorneys presented during a two-day trial in Panama City, Justice Department spokeswoman Amy Alexander said Wednesday in a prepared statement.

Garrett is set to be sentenced Jan. 11. He faces at least 10 years in prison and a maximum of life imprisonment without parole.

Panama City police officers announced Garrett’s arrest in May after he responded to a Craigslist advertisement and engaged in an extensive conversation with the undercover officer. Police took Garrett into custody without incident May 15 after he drove to a location that he believed was the child’s home, according to a Panama City police statement at the time.

“Garrett discussed the sex acts he wished to perform with the boy,” Alexander’s statement read. “Through his email communications, Garrett repeatedly requested the physical address of the boy, offering to pick up the boy to engage in the sexual encounter.”

The case was part of an online investigation to identify child predators that included the Panama City police, the North Florida Internet Crimes Against Children Task Force, and the Federal Bureau of Investigation, according to the Justice Department.

Garrett is assigned to the 101st Air and Space Operations Group at Tyndall Air Force Base, near Panama City, according to the Air Force. He has served in Air Force since 1991 and was assigned to Tyndall since 2015.