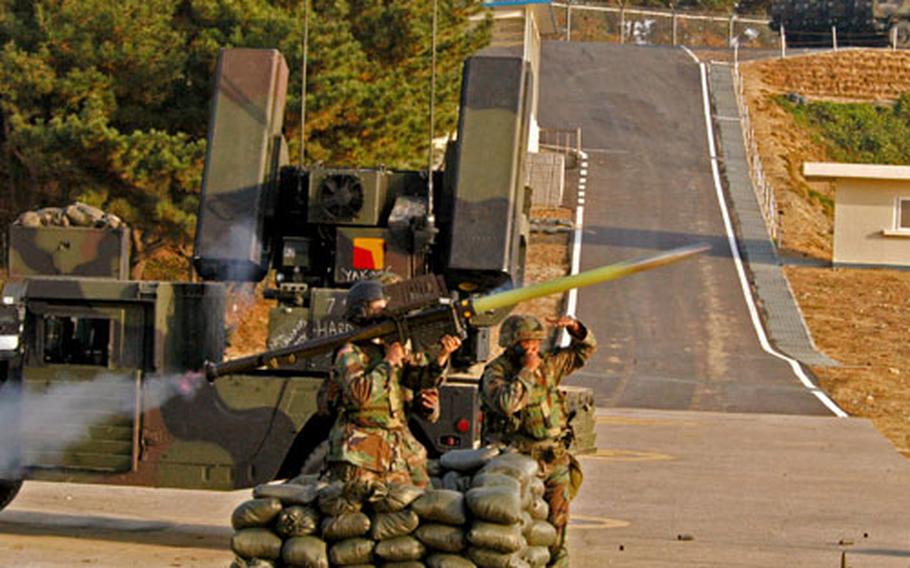 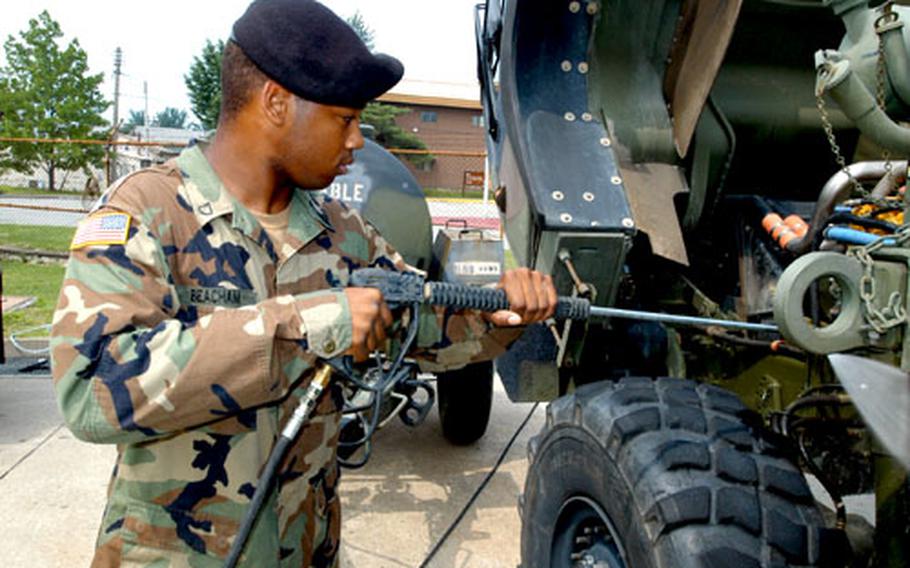 The battalion is preparing to leave its base at Camp Sears, South Korea, for Fort Lewis, Wash., later this year with 150 personnel and 12 Avenger ADA units, which fire Stinger missiles at low-altitude targets.

By Oct. 16, the 1-43 will have transformed into an Air and Missile Defense (composite) Battalion and operate Avenger and Patriot missiles. Around the same time, the Fort Bliss, Texas-based 1st Battalion, 44th ADA Regiment also will transform into the composite battalion.

&#8220;We are designing composite battalions with both Patriots, Avengers and Sentinels. It gives us capability in all aspects of the ADA &#8212; both high altitude and low altitude,&#8221; Sauter explained.

The Army used to have short-range (Avenger) units and long-range (Patriot) ADA units.

The composite battalions will provide ADA support from the brigade level up to the level equivalent to the 8th Army, he said.

The North Korean air threat, according to GlobalSecurity.org, includes hundreds of fixed-wing Chinese and Russian 1950s- and 1960s-vintage aircraft, helicopters and surface-to-surface missiles.

At Fort Lewis, the 5-5 will field the Surface Launched Advanced Medium Range Air-to-Air Missile. The missiles originally were used only as air-to-air missiles, but improved technology lets them be fired from the ground against long-range air threats, he said.

&#8220;We now have the technology to engage aircraft beyond visual recognition,&#8221; he said.

Sauter&#8217;s soldiers already are preparing vehicles and loading equipment for transport back to the United States, he said.

Pfc. Tramone Beacham, 19, of Hazelhurst, Miss., spent Friday hosing down six vehicles due to be inspected by customs officers before they head back. Dirt attached to military vehicles might contain organisms illegal to import into the United States without a permit because of possible threats to agriculture and the environment.