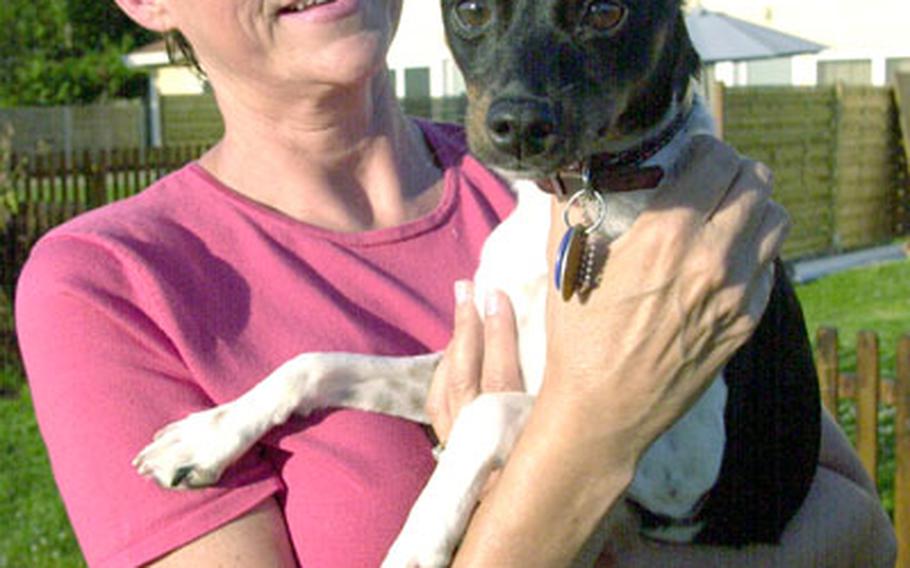 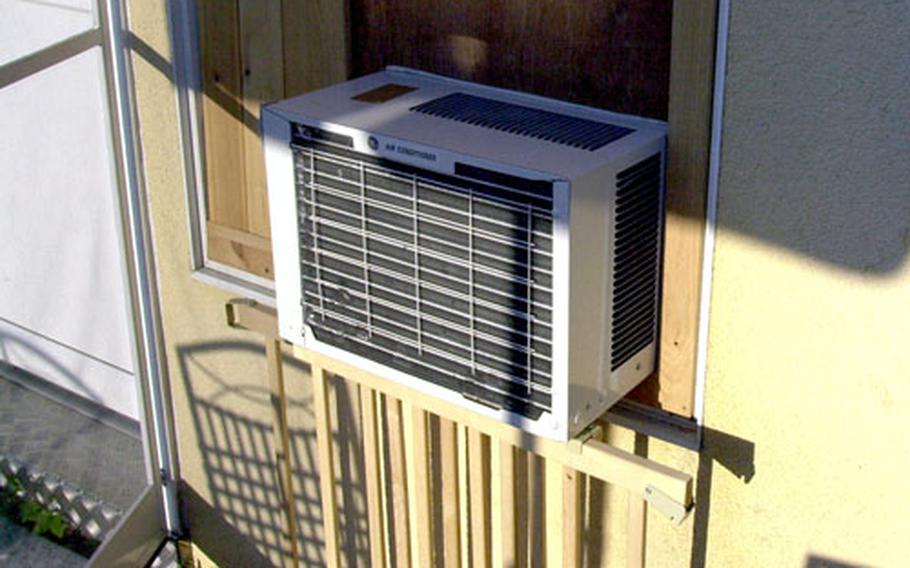 Newly arrived 2nd Cavalry (Stryker) Regiment soldiers have been told they can not have air conditioners, like this one in Vilseck government housing, due to safety concerns and to promote energy efficiency. (Seth Robson / S&S)

Several hundred people attended the meeting, which included question-and-answer sessions with officials representing such organizations as Morale, Welfare and Recreation, U.S. Army Garrison Grafenw&#246;hr and the Directorate of Public Works.

Sgt. 1st Class Chris Russell, 40, who arrived in Vilseck recently with 2nd Cav&#8217;s Fires Squadron, asked why he was told he could not use the air conditioning unit after he recently had purchased it from the Vilseck Thrift Store.

&#8220;The installation coordinator told me to tell the soldiers not to use them. They say it is an energy issue,&#8221; said Russell, who added that air conditioners are also sold at Vilseck&#8217;s on-post furniture store.

His wife, Teresa, said Vilseck is a lot hotter than their old home, Fort Lewis, Wash., during summer.

Bailey, a rat terrier, became sick after the couple turned off the air conditioner at the behest of the housing coordinator, she said.

Vilseck installation coordinator Cliff Lowe said air conditioners were banned in on-post housing and off-post government leased housing due to safety concerns and to save energy. People in private rentals could have air conditioners if their landlords allow them, he said.

&#8220;Air conditioners have the possibility of overloading the electrical system in the (government) houses because they were not built to handle that kind of load,&#8221; he said, adding that wiring could catch fire if it was overloaded.

There was also the possibility of an air conditioner falling out of a window and injuring somebody, he said.

&#8220;Window units are a big concern. German window systems are not the same as windows in the States. We have swing in/swing out windows here. People are putting the unit in the window and blocking it in with cardboard. That is not a sufficient safety measure. We don&#8217;t want to see the unit fall on a kid,&#8221; he said.

The only exceptions to the no air conditioners policy was if somebody had a doctor&#8217;s letter saying they needed one for medical reasons, Russell said.

&#8220;In that case DPW (the Directorate of Public Works) will go in and do a correct installation of an air conditioner. Electricians make sure the circuits can handle the load and make sure it is well installed and secured in the window,&#8221; he said.