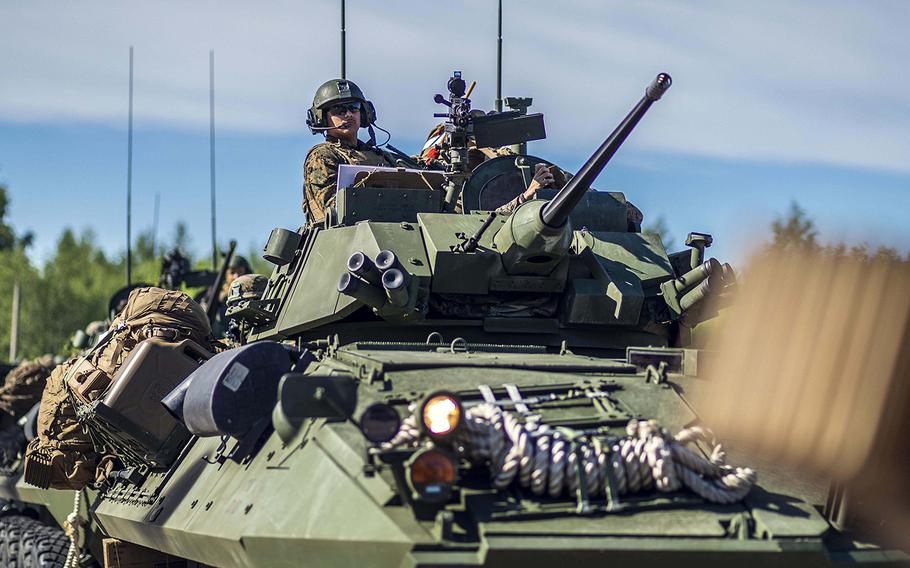 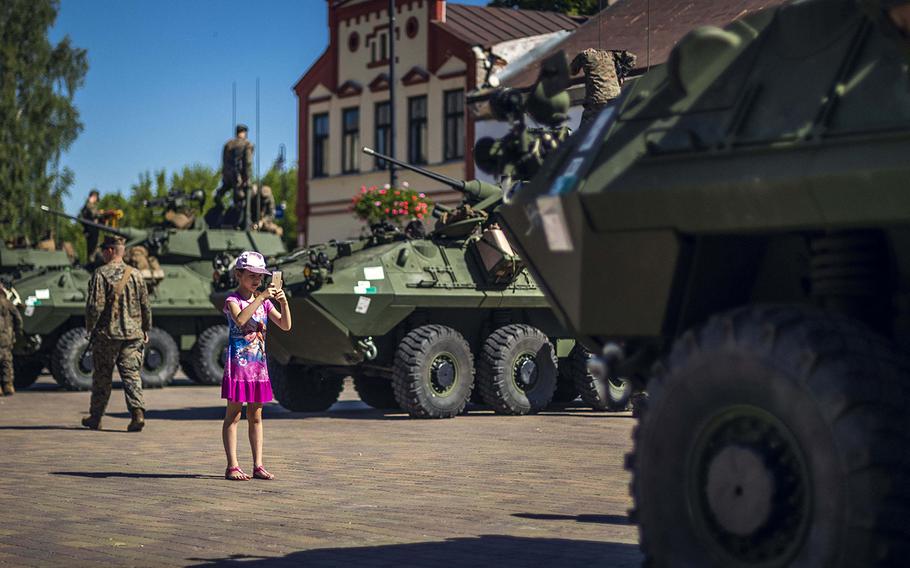 A Latvian girl takes pictures of U.S. Marines and their vehicles during the opening stages of Saber Strike 18, Saturday, June 2, 2018. (U.S. Marine Corps) 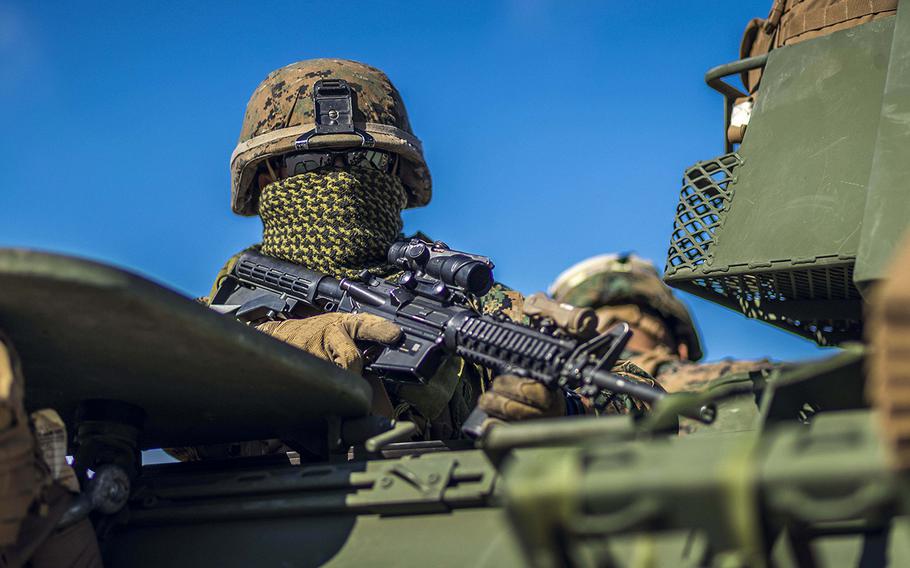 A U.S. Marine with the 4th Light Armored Reconnaissance Battalion sits atop a a Light Armored Vehicle 25 during the opening stages of Saber Strike 18, Saturday, June 2, 2018. (U.S. Marine Corps) 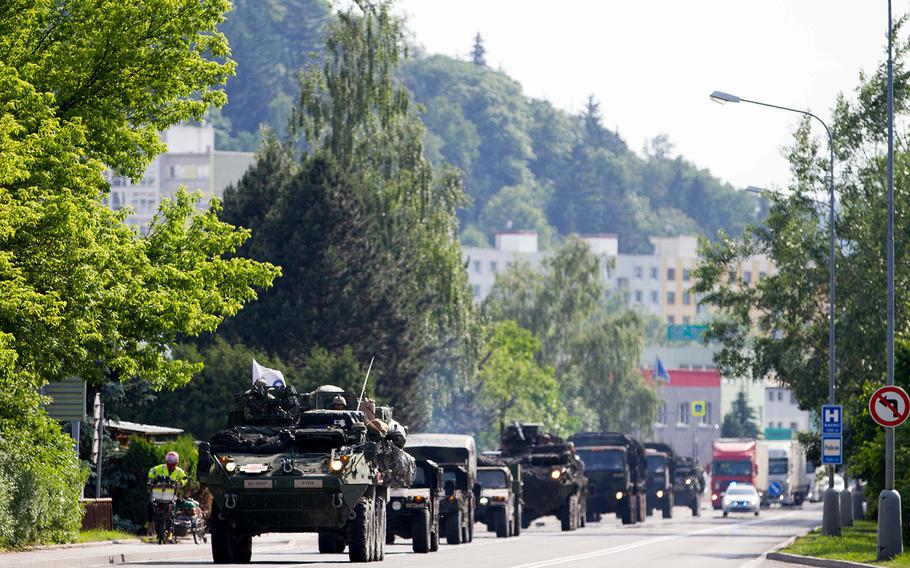 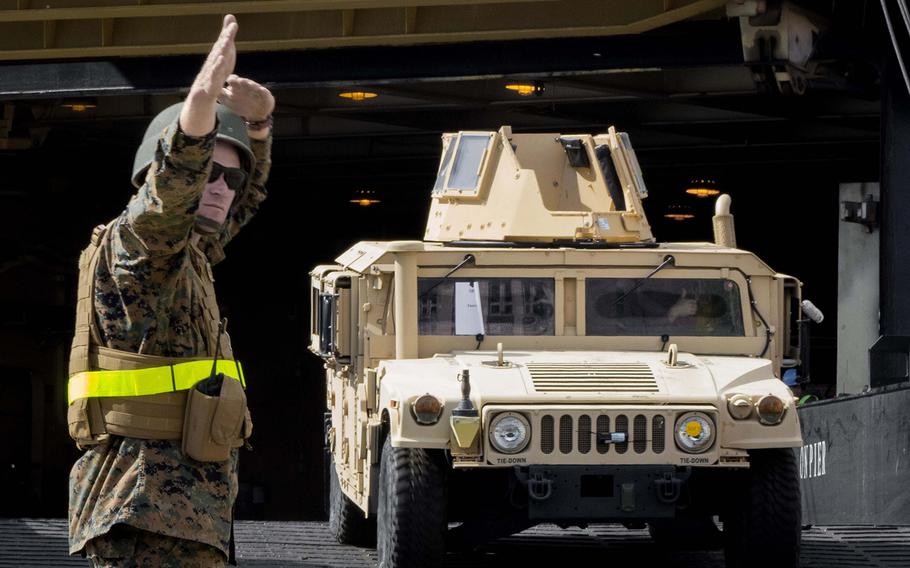 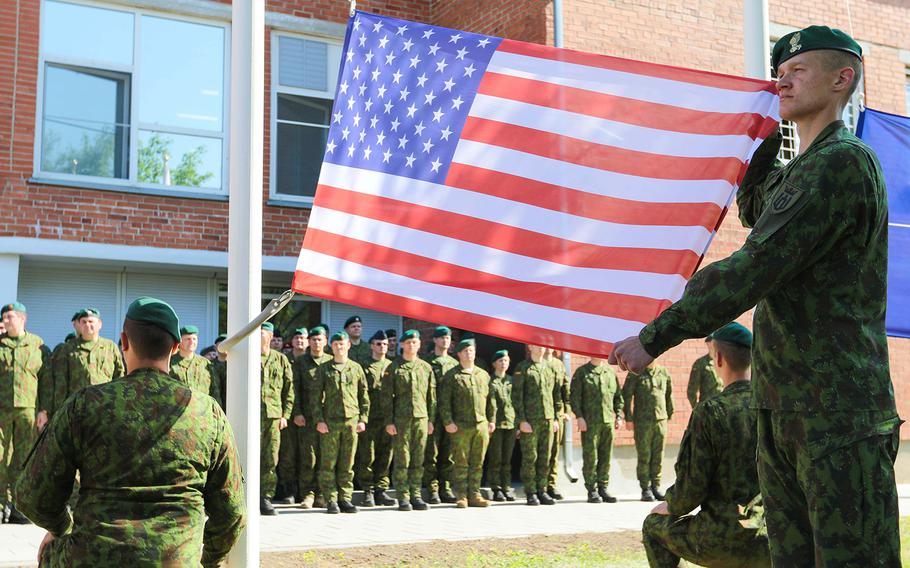 A Lithuanian soldier holds up an American flag during the opening ceremony of Saber Strike 18 in Vilnius, Lithuania, Sunday, June 3, 2018. (U.S. Army)

One of the largest annual U.S.-led military exercises kicked off Sunday in Eastern Europe, where about 18,000 soldiers from 19 nations have joined together for war games.

Allies and regional partners will practice working together during the 13-day Saber Strike exercise through a variety of training events. They include bridging operations across swift rivers while under fire, air assaults, and force-on-force mock tank battles in Poland, Lithuania, Estonia and Latvia, according to a statement.

The exercise has been an annual event in Eastern Europe since 2010, but it gained greater importance after Russia’s 2014 invasion of Ukraine’s Crimean Peninsula. Since then, the U.S. and its NATO allies have sought to bolster their presence on Europe’s eastern flank.

A new emphasis of this year’s event is to integrate NATO’s Multinational Corps-Northeast and the Enhanced Forward Presence battle groups stationed in the areas. The units are part of NATO’s deterrence and defense posture and are designed to show the alliance’s determination to unite in response to any aggression against its members, a U.S. Army Europe spokesman said in a statement.

Other U.S. forces participating in the exercise include soldiers from the Army’s 2nd Cavalry Regiment, stationed in Vilseck, Germany, who drove some 1,000 miles across several countries to join in the mock fighting; Marines from the 4th Light Armored Reconnaissance Battalion; the Black Sea Rotational Force; and several combat logistics units. The Marines will be fighting against mock enemy forces in Latvia and Estonia, as well as interacting with locals to display their arms and equipment.

“So far this has been awesome,” said Cpl. Jordan Riley, a light armored vehicle crewman with 4th LAR, according to a statement. “It’s been a good experience for me. Being able to interact with the local people and answer their questions is great. We figure out what we have in common, and it’s a good learning experience on both ends.”