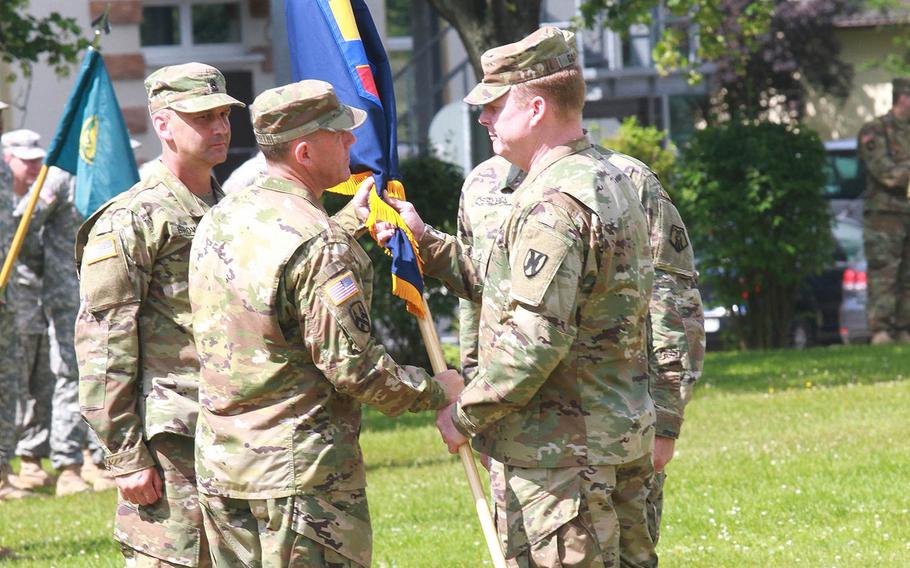 During the tenure of the outgoing commander, Brig. Gen. Arlan DeBlieck, the reserve unit participated in several international exercises, including Anakonda Response 16 in Papa, Hungary, and Daimel 15 in Manzanares, Spain. The 7th MSC also deployed personnel in support of the African Ebola Response mission, a statement said.

The unit was redesignated as a Mission Support Command in 2015, bringing it in line with other Army Reserve organizations outside the United States.

Ainsworth comes to the 7th MSC from the 94th Division Sustainment Command at Fort Lee, Va., the statement said.

DeBlieck, who has been selected for promotion, will take command of the 81st Regional Support Command at Fort Jackson, S.C., it said.