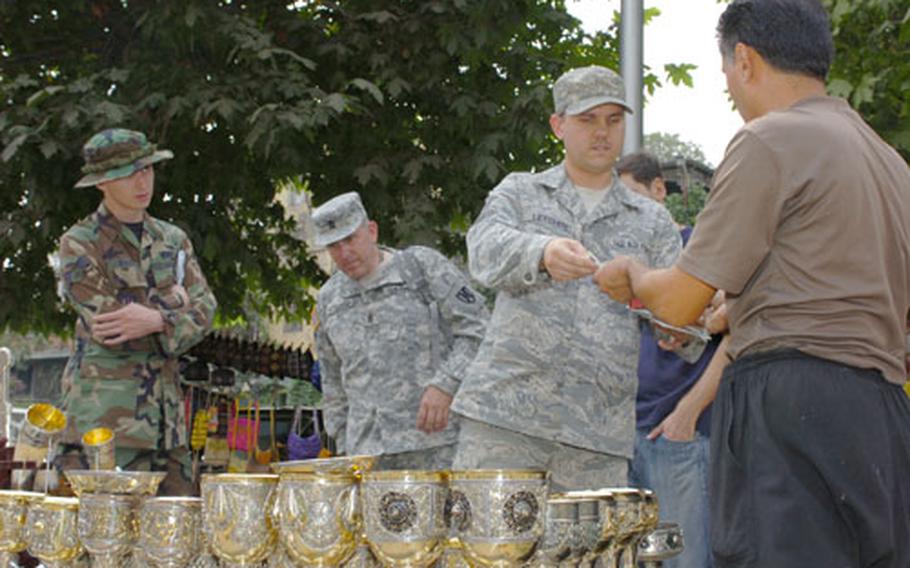 The U.S. military says it has successfully delivered almost all of the requested humanitarian supplies that were part of Operation Assured Delivery &#8212; the relief effort to war-torn Georgia.

"We were able to get so much humanitarian aid into Georgia quickly," said Navy Lt. Cmdr. Corey Barker, a spokesman for U.S. European Command. "A lot of the supplies they needed are stockpiled there, according to USAID."

The operation started as a relief effort in which two to four planes were flying into Georgia daily from European bases after the conflict between Georgia and Russian over breakaway Georgian regions escalated into a shooting war in early August.

"The humanitarian part of the crisis appears to have passed," said Lt. Cmdr. Nancy Harrity, a EUCOM spokeswoman.

The latest estimates indicated that the United States has provided $22 million in humanitarian assistance, with the Department of Defense footing $7.2 million of those costs, said Army Lt. Col. Elizabeth Hibner, a EUCOM spokesman in the Pentagon.

DOD was spending about $1 million a day for the effort at one point, she said.

The destroyer USS McFaul &#8212; one of two U.S. ships used to deliver 115 tons of supplies &#8212; has moved out of the Black Sea, and the command and control ship USS Mount Whitney will be delivering more aid to Georgia sometime in the near future, Barker said.

The Georgian Ministry of Refugees has indicated that the situation is improving as well. There are still as many as 4,000 displaced people from Gori, but many of the refugees from Tbilisi have returned home. Many people who live in Russian-controlled territory, however, are afraid to return home, according to the ministry.

The U.S. relief operation is continuing with 100 U.S. servicemembers, including a 25-member team used to assess the situation, now in Georgia, Barker said. The majority of them are helping to unload supplies.