Agreement reached for US to train Syrian rebels in Turkey 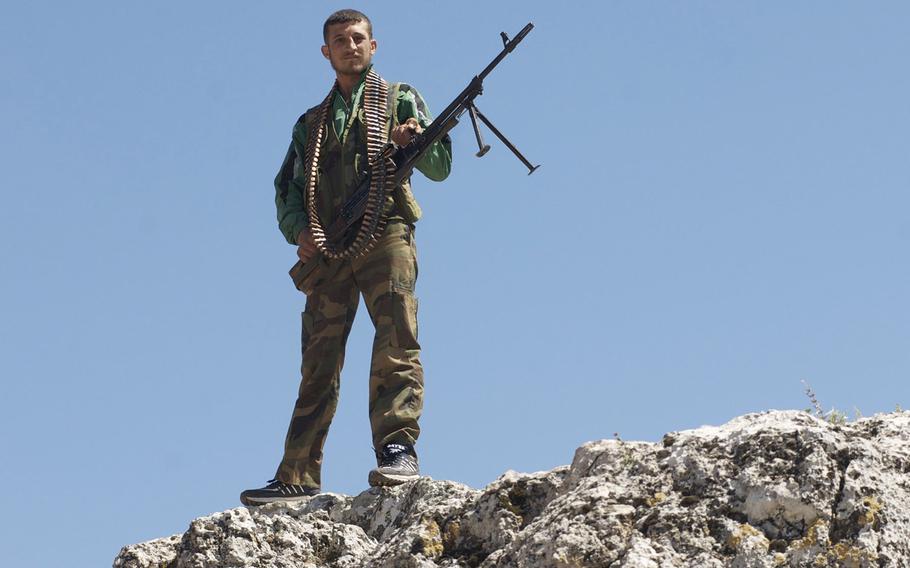 WASHINGTON — The United States will train fighters from the Syrian moderate opposition in Turkey, the Department of Defense said Monday.

According to a report this weekend in the Istanbul-based Hurriyet Daily News, military officials from both countries agreed that the U.S. would begin training and equipping 2,000 Free Syrian Army fighters at a training center in central Turkey in late December.

Pentagon spokesman Col. Steve Warren said he could not confirm the number of Syrian fighters, or the time line, but confirmed a plan had been worked out between Washington and Ankara.

“We will train members of the Syrian moderate opposition in Turkey as well as Saudi Arabia,” he said.

No Department of Defense trainers have arrived in Syria yet, Warren said, and the United States has yet to even begin the process of recruiting and vetting of rebels for the training effort. Officials say the initial round of training would produce of 5,000 trained Free Syrian Army members within about a year.

Saudi Arabia in September agreed to host the training of moderate Syrian rebels to assist the U.S. strategy to combat Islamic State insurgents, who control territory in Syria and Iraq.

U.S. support of the Free Syrian Army has been criticized as halting by supporters of greater U.S. involvement in Syria, and the group suffered setbacks when units were overrun and driven from their bases in recent weeks by members of another insurgent group, the al-Qaida-linked Nusra Front.

The paper also reported unspecified sources as saying the United States planned to train Syrian Kurdish fighters in a third country, Iraq. According to the report, the United States and Turkey could not reach an agreement on training of Kurdish fighters from Syria because Turkey believes they have ties to the Kurdistan Workers Party, or PKK, outlawed in Turkey and designated as a terrorist group by both countries.

Warren said he was unaware of any plans for the United States to train Syrian Kurds in Iraq.

Turkey is demanding that the United States — focused on battling the Islamic State — target the regime of Syrian president Bashar Assad, and is pressing for a no-fly zone be enforced by the United States near the Syrian-Turkish border.