Yokosuka&#39;s Navy-owned and - operated tugboats have taken a backseat to civilian tug traffic in the harbor, as only one of Yokosuka&#39;s five tugboats is operational. The tugboats are 35 to 44 years old, and finding parts to fix them is difficult. (Allison Batdorff / S&S)

Yokosuka&#39;s Navy-owned and - operated tugboats have taken a backseat to civilian tug traffic in the harbor, as only one of Yokosuka&#39;s five tugboats is operational. The tugboats are 35 to 44 years old, and finding parts to fix them is difficult. (Allison Batdorff / S&S) 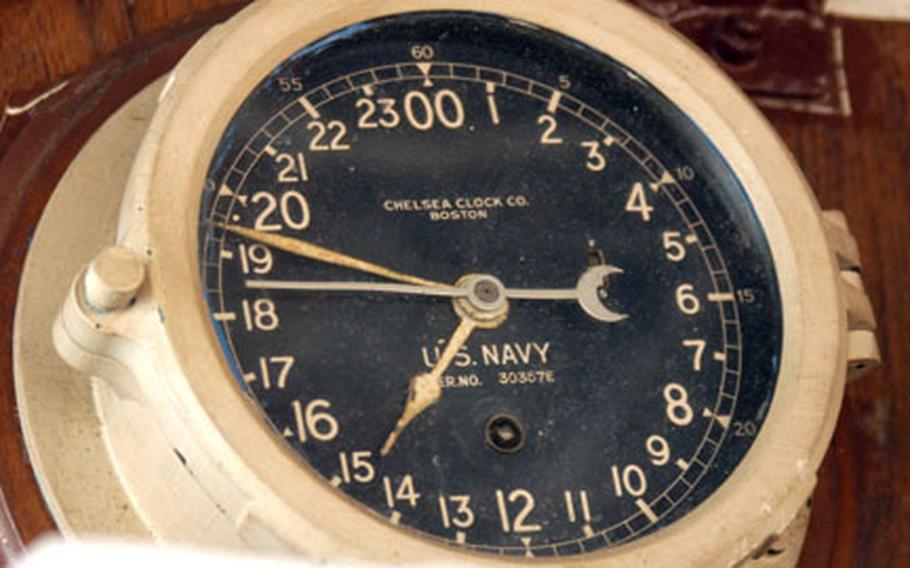 You know you&#39;re on an old boat when you see a clock like this. (Allison Batdorff / S&S) 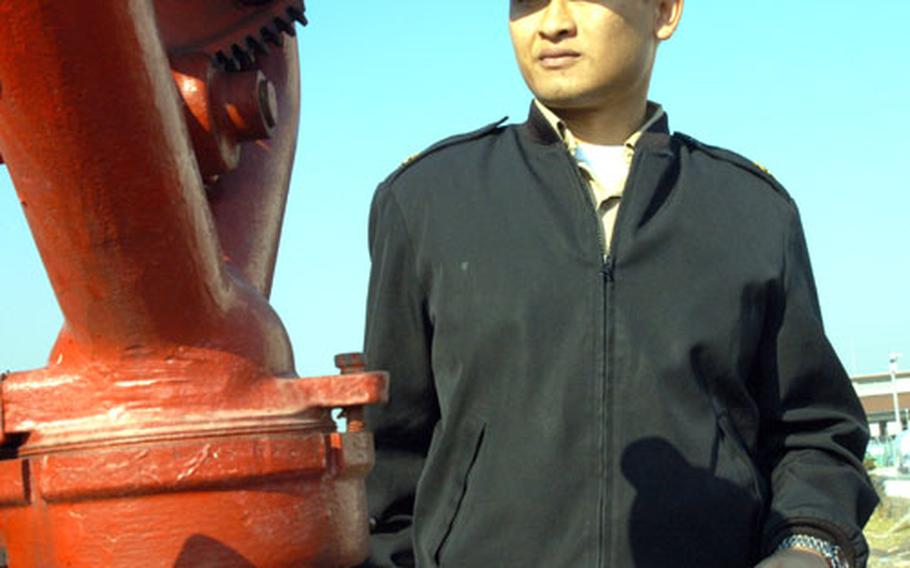 Chief Petty Officer Don Robinson is currently studying to become a tugmaster. With only one operational tug at Yokosuka, the qualification process likely will take longer, but it&#39;s worth the wait, Robinson said. (Allison Batdorff / S&S)

But the Muskegon isn&#8217;t going anywhere soon. Neither are most of Yokosuka&#8217;s tugboats. Only one of five is currently running &#8212; an improvement over the past three months, when all five boats were out of commission, said Chief Warrant Officer 3 Kimo Santos.

During the 12 weeks when no tugs were running, the base paid Japanese civilian contractors $300,000 to do the work, said base spokeswoman Michelle Stewart.

Hiring out tugboat labor is nothing new for the Navy; privatizing port operations started in the 1980s to cut costs and free up military personnel for other duties, according to the Globalsecurity.org Web site.

Yokosuka &#8212; with its five YTBs &#8212; is the only place where the Navy owns and operates its own tugboat fleet.

The Navy has pledged to build a handful of new tugboats by 2010 &#8212; though no one is sure where they will be assigned or when they will actually be built, said Yokosuka commanding officer Capt. Daniel Weed.

Regardless, retaining working tugs in Yokosuka is important, Weed said.

&#8220;We need to preserve this capability before we lose it,&#8221; Weed said. It&#8217;s a readiness issue in Japan, as keeping the fleet means always having a willing workforce available to move ships around at a moment&#8217;s notice, he said.

Yokosuka is unique because Japanese tugboats are shaped differently and can damage the Navy vessels that stop in Yokosuka, said Santos.

But keeping YTBs running is no easy task, Santos said. The Navy stopped building the boats in 1975, and getting parts for them can take one month to one year.

Both the sailors in Port Operations and workers at Yokosuka&#8217;s Ship Repair Facility are doing their best to keep the boats running, said Port Operations Lt. Cmdr. Brian Lax.

But significant maintenance is needed, and the tugs are undermanned. Instead of 10- to 12-person crews, boats operate with five or six people who also act as mechanics, Lax said.

Although people are frustrated, they work hard on &#8220;their&#8221; tugs, even as the boats stay moored in the harbor, Santos said.

Sailors bond and feel a sense of ownership on a tug that doesn&#8217;t happen on a larger ship, Springs said.

Nor do you learn the &#8220;old school&#8221; Navy skills like you do when you become a tugmaster, said Petty Officer 1st Class Adam Melancon, who recently got qualified.

Chief Petty Officer Don Robinson compared the situation to fixing a car. The tugs likely needed the break as they are worked so hard, he said.

No one wanted to guess when all the YTBs would be up and running. There are too many variables, they said.

In the meantime, they will try to keep their &#8220;the ageless warriors&#8221; running with preventive maintenance, Santos said.