After the happy reunions, challenges may lie ahead for families Sailors of the USS Gary pull in the slack from the aft mooring line at Yokosuka Naval Base upon returning from the Persian Gulf. (Jim Schulz / S&S)

Sailors of the USS Gary pull in the slack from the aft mooring line at Yokosuka Naval Base upon returning from the Persian Gulf. (Jim Schulz / S&S) 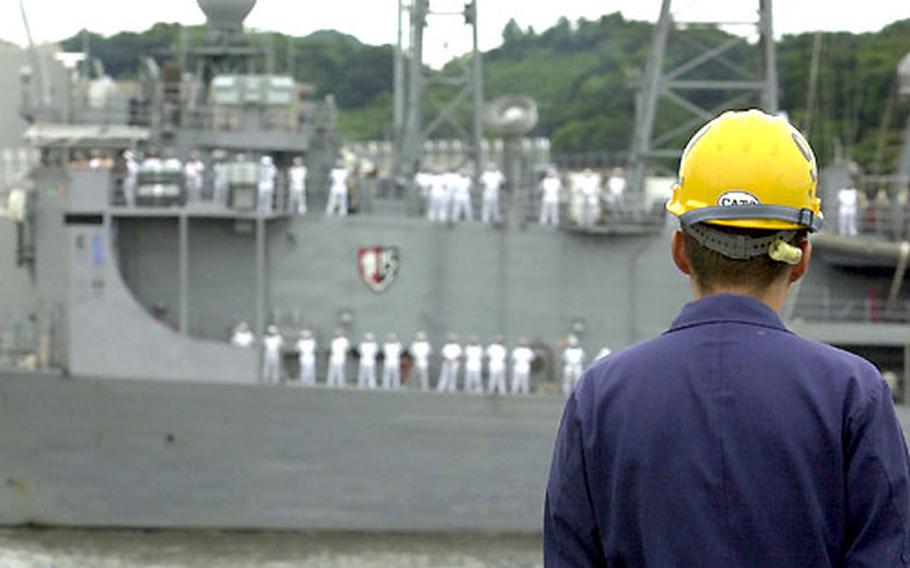 A Japanese shipyard worker waits for the USS Vandergrift to moor pierside at Yokosuka Naval Base. (Jim Schulz / S&S) 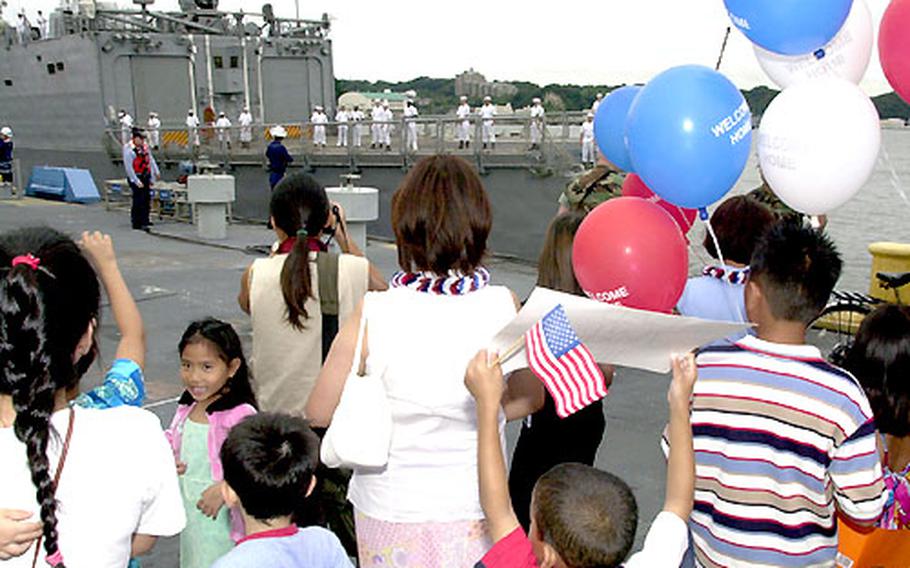 Families of sailors of the USS Vandergrift wait for the ship to moor Saturday at Yokosuka Naval Base. (Jim Schulz / S&S)

After six months away, the transition from sea to home is not always easy for married and single sailors, say officials from Yokosuka&#8217;s Fleet and Family Support Center.

For sailors with families, some challenges lie ahead, including re-establishing intimacy with their partner and children.

Often, the spouse who&#8217;s been deployed may feel like he or she is not needed since the family carried on so long without him or her, Adams-Bomar said.

FFSC&#8217;s advice: Take some time getting back into familiar patterns and setting new ones.

Since Sept. 11, 2001, FFSC has increased its support programs for spouses and families on shore and started to conduct &#8220;return reunion&#8221; workshops for sailors as their ship steams home, Adams-Bomar said.

&#8220;There&#8217;s a lot of expectation that the stress levels are higher for both sailors and families,&#8221; she said, due to increased operations-tempo and longer deployments. &#8220;We want to make sure we can address these issues before they get home.&#8221;

FFSC&#8217;s Lt. Jerry Mahlau-Heinert rode back with the Vandegrift after the frigate made its last port call in Guam early last week. Workshops he conducted for single sailors focused on making plans when they returned home with an emphasis on &#8220;moderation,&#8221; Mahlau-Heinert said.

FFSC also offers workshops on ship for new dads, though Mahlau-Heinert said this time, the Vandegrift flew home all of its new dads before the ship arrived in Yokosuka.

But there were a few dads still on the Vandegrift who left right after their babies were born.