After surviving 9/11, senior airman looks at life 'in a different perspective' 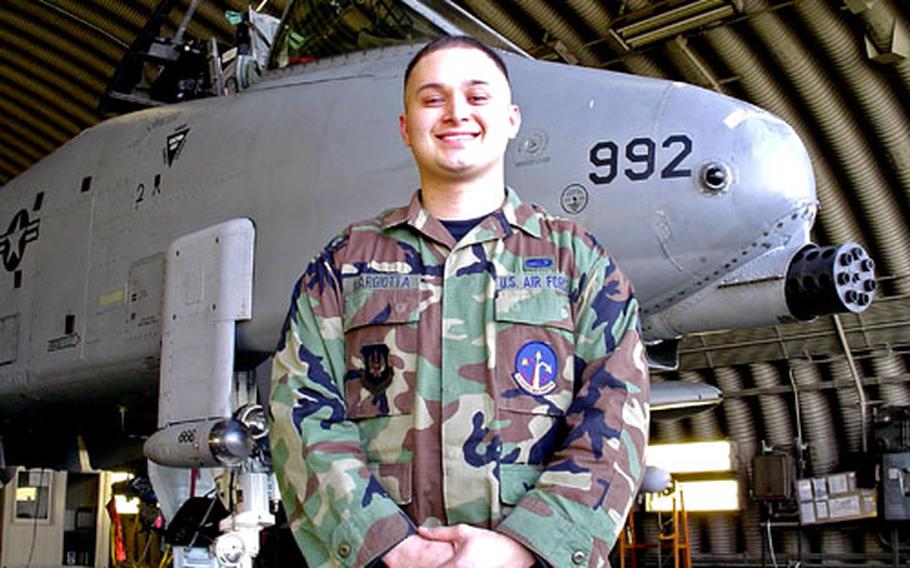 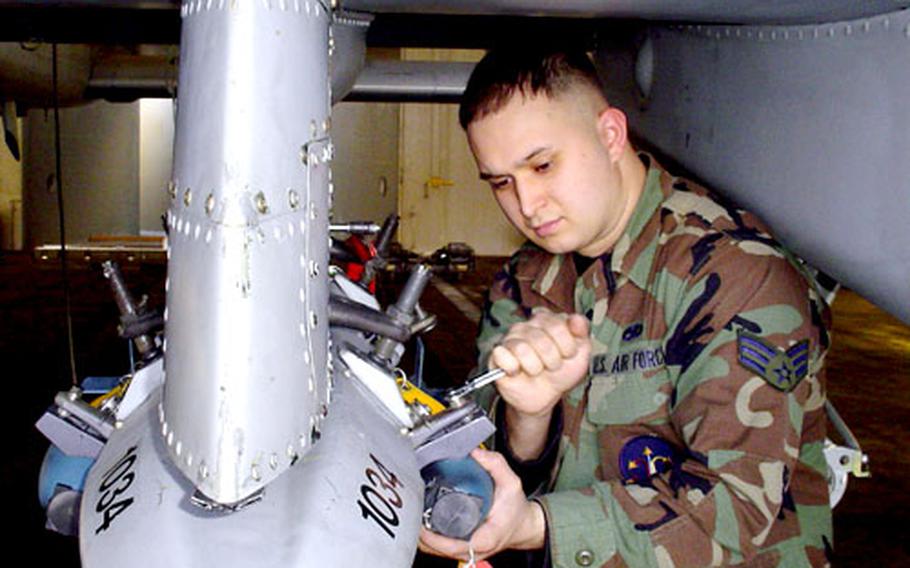 KAISERSLAUTERN, Germany &#8212; Senior Airman Michael Margiotta could have died in one of America&#8217;s greatest tragedies, but instincts saved him.

He reached the 33rd floor of one tower of the World Trade Center for a job interview shortly after the first hijacked plane smashed into the building on Sept. 11, 2001. He had no idea what had happened moments earlier.

Smoke poured out from the upper floor and he noticed some people leaving, but few of them seemed to be in a hurry at the time.

Instead of sticking around to see, something told him to leave.

Until he turned on the TV and saw the buildings collapse in the safety of his father&#8217;s Brooklyn home he had no idea how close he came to perishing in the attack. If he had stayed longer, he would have died with the others.

His brush with disaster is one of the reasons he is in the Air Force serving as a weapons loader at Spangdahlem Air Base in Germany.

He had thought about joining the military before, but the terrorist attacks against the United States convinced him to sign up.

Before joining the military, he installed and fixed garage doors. The money wasn&#8217;t bad, but he didn&#8217;t see it as a long-term career. He had his sights on working for the brokerage firm until the day of the attacks.

He arrived for his interview around 8 a.m. He saw the smoke coming out from the building but he went inside anyway. After reaching the 33rd floor, he turned around and left. His instincts told him to leave.

Months after the day the towers fell, he began looking at joining the military. He said he wanted to help his country.

He visited recruiters from all of the branches of service, but the Air Force seemed like the best fit for him.

Nearly a year after the attacks, he entered boot camp.

His mother and father, who divorced before he entered high school, came to see his graduation. They came with about a half-dozen other family members. He had no idea so many of his loved ones wanted to see the ceremony.

Before arriving in Germany last year, Margiotta deployed to Southwest Asia in December 2003 in support of Operation Enduring Freedom and Operation Iraqi Freedom. His hard work in the Middle East helped him earn a meritorious achievement medal.

Senior Airman Lee Pugh said he is impressed at how quickly Margiotta has learned his job as a weapons loader. Margiotta&#8217;s operates a machine called a &#8220;jammer,&#8221; which lifts bombs onto planes.

It takes most airmen a year to get it down.

Margiotta said he would probably enjoy any job in the Air Force. He likes it so much he plans to make the military a career. He said the Sept. 11 attacks changed him. The tragedy helped him figure out what he wanted to do with his life. At 24, he has found his calling.