After running a race dressed as Santa, airman hopes effort will yield £for charity 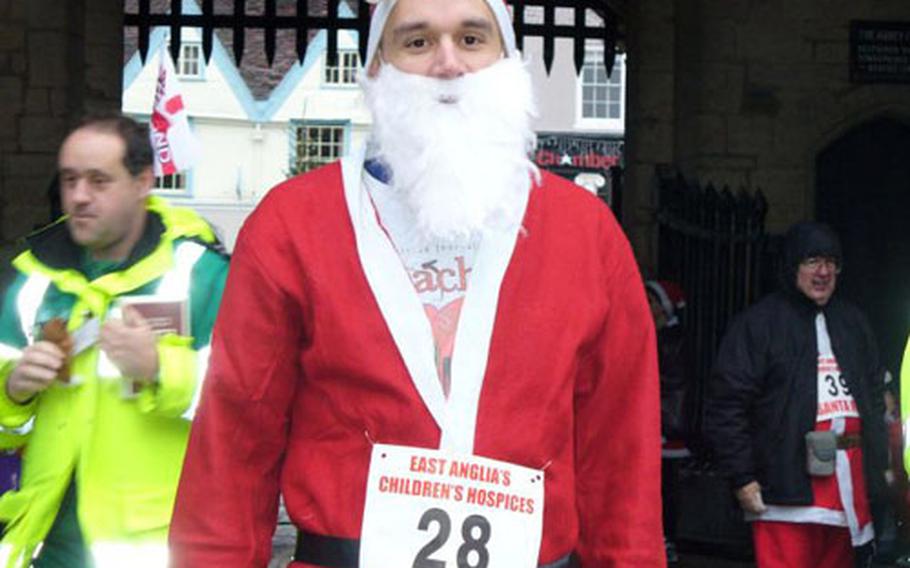 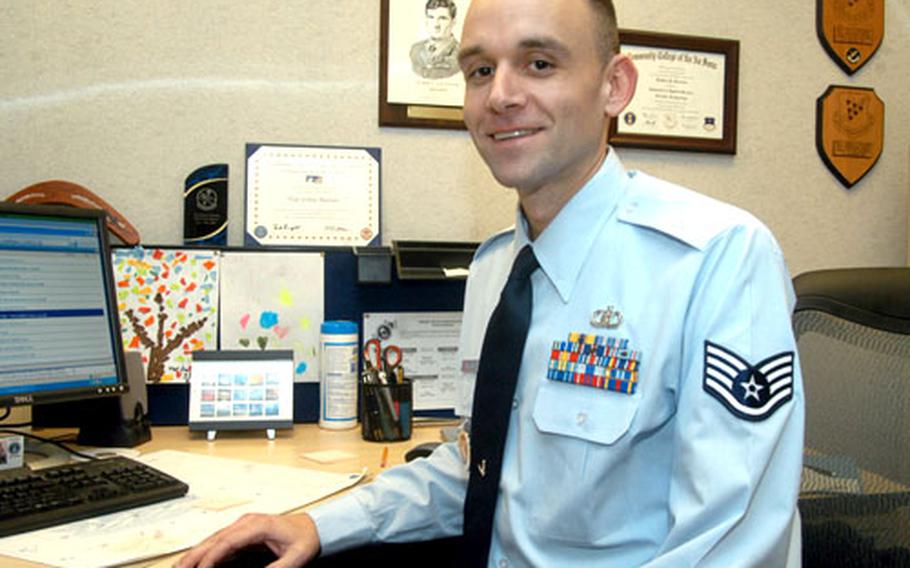 RAF FELTWELL &#8212; Staff Sgt. Joshua Bauman enjoys volunteering and running. So when his wife, Scarlett, showed him a flyer promoting a Santa charity run in Bury St. Edmunds, he jumped at the chance to do both.

He decided to try to raise at least 1,000 pounds for the hospice program, which provides care and counseling to 350 families who have children with limiting and life-threatening medical conditions across the region.

Only 10 percent of the program is government-funded. The other 90 percent &#8212; about 4.2 million pounds a year &#8212; is raised through donations, said Sue Meader, a fundraising coordinator for the organization.

About a week before the hospices&#8217; charity run, Bauman set up a donation Web site and spread the word through his chain of command, family and friends that he was running and looking for sponsors.

&#8220;The next thing I know I started getting 10- to 20-pound donations, even a couple of 50-pound donations,&#8221; said Bauman, a flight instructor at the Mathies Airman Leadership School.

People donated more than 500 pounds through Bauman&#8217;s Web site before he donned a Santa Claus outfit and completed the one-mile run in 6 minutes and 48 seconds.

A few more donations rolled in following his run, but he still needs more than 400 pounds to achieve his goal. Even though the Santa run is long gone, Bauman will keep his Web site up until Feb. 3 with the hope of raising the rest.

Bauman plans to tackle other volunteer opportunities to help people in need.