After hours: Yankee, come on in 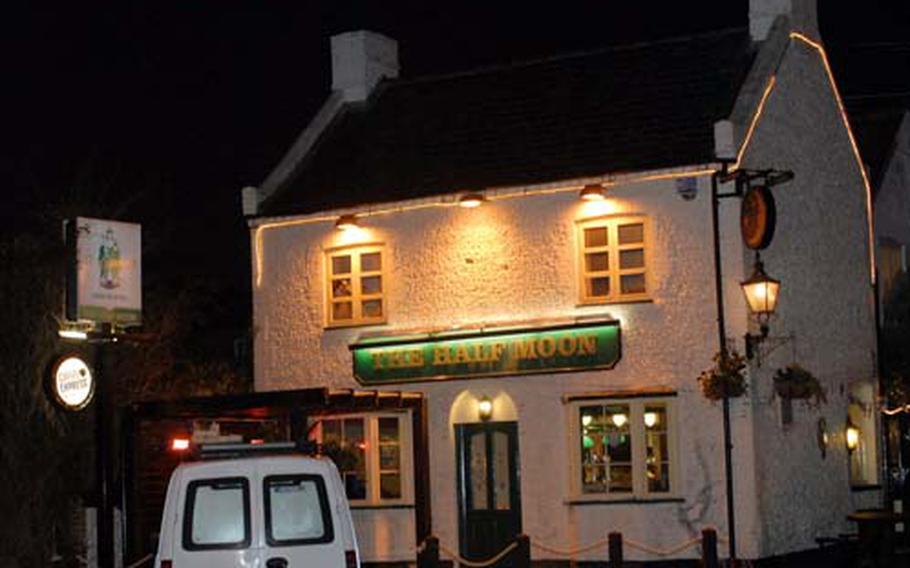 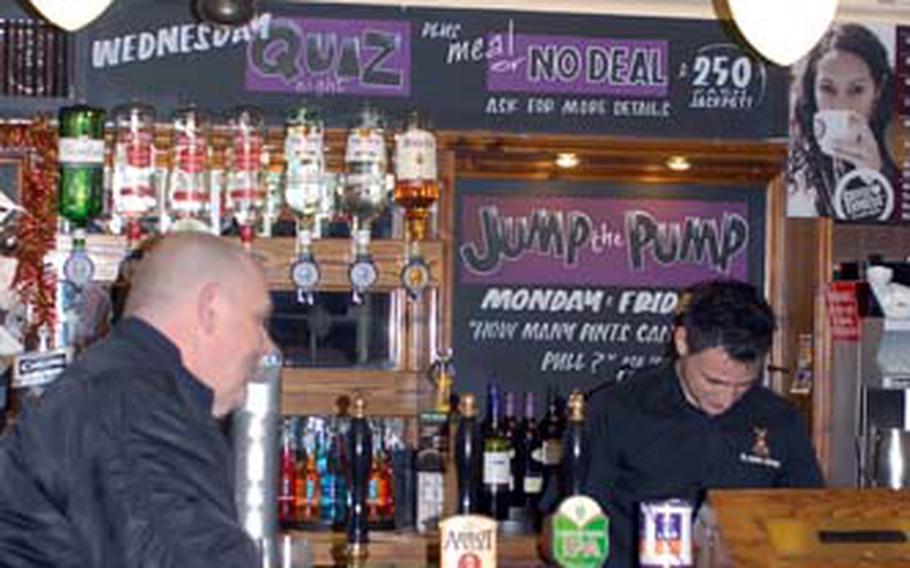 The Half Moon in Mildenhall is a place where one can relax and down a frosty one, enjoy a game of pool, do a little karaoke and watch Sky Sports events. This year, the pub is planning on showing the Super Bowl as part of its efforts to attract more Americans. (Mark Abramson / S&S)

The Half Moon and its approximately 200 years of history, its behemoth dishes, drink and meal specials and its Suffolk County charm is just a hop, skip and a jump from RAF Mildenhall.

Darren Fitzpatrick, manager of the Greene King-owned pub and adjoining restaurant, the Hungry Horse, is in the midst of researching the pub&#8217;s history. He pointed out that it has been recognized as a historical site and his research so far indicates people have been downing frosty ones there for a few centuries.

But despite that history and proximity to the base, Fitzpatrick said, he doesn&#8217;t have enough American customers and wants to reel in more Yanks.

"The airmen and [base] personnel have been a target of mine," Fitzpatrick said. "We get a few in, but not enough."

The building has a stone fa&#231;ade and homey, inviting interior as well as plenty of off-street parking for crowds to come and watch soccer, boxing matches and other sporting events on Sky television. Fitzpatrick said he is planning to show the Super Bowl.

Of course the pub serves British ales, Greene King brews and the traditional English dishes at the restaurant, such as fish and chips and other U.K. favorites. But Fitzpatrick boasts the Hungry Horse&#8217;s 14&#190;-inch plates and its meal deals with a drink for a paltry 4.99 pounds certain days of the week.

The restaurant also boasts entrees that include ribs, scampi and steaks, and Indian dishes on Wednesdays. There is also a kid&#8217;s menu to help create a family-like atmosphere during the day, Fitzpatrick said.

But hearty sirloin and rump steaks are the specialty, Fitzpatrick said. And there is also special three-course Christmas meals for about 12 pounds.

Beyond the food, Fitzpatrick said The Half Moon and Hungry Horse have found ways to create a jolly atmosphere. They have karaoke every last Saturday of the month and every other Friday, quiz nights on Wednesdays and bingo on Monday afternoons.

The eatery and pub also recently started the game "Meal or No Deal," which mimics the popular American and British game show "Deal or No Deal." Prizes range from a roll of toilet paper to a 250-pound pot, but nobody has won the big one in the few months since the game started, Fitzpatrick said. It costs a few pounds to play every Wednesday night.