After hours: Who needs a multiplex? 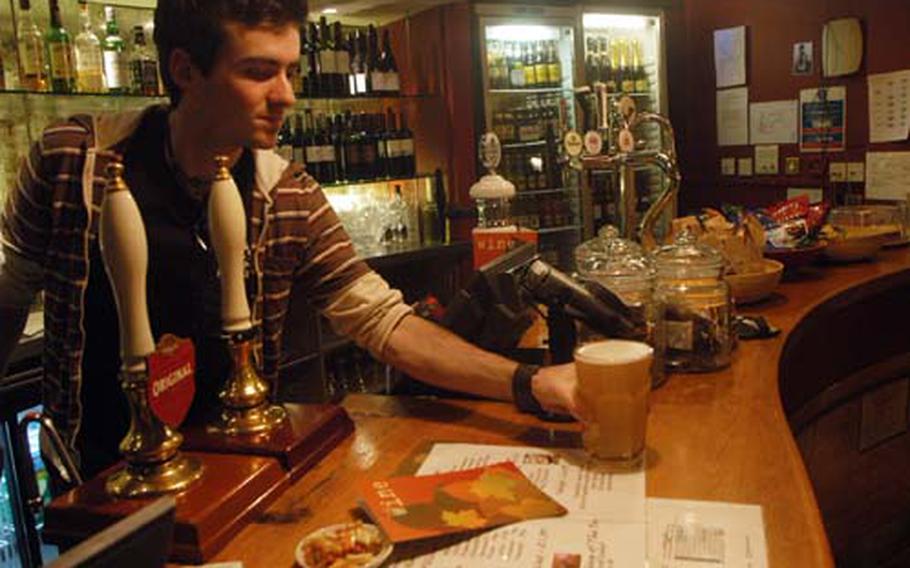 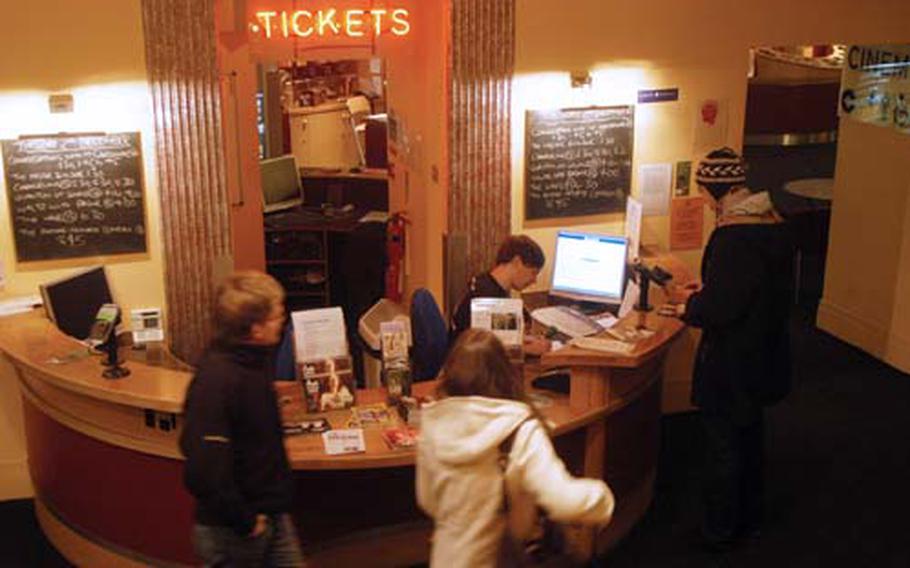 The Arts Picturehouse is a small, intimate theater that offers moviegoers an alternative to the giant Cineplex setting. (Charlie Reed / S&S) The cafe is a relaxed setting to grab a drink or a light bite before or after a film. (Charlie Reed / S&S)

CAMBRIDGE &#8212; Whether it&#8217;s a first date or "date night" with your spouse, jazz up a trip to the movies by hitting the Arts Picturehouse.

Tucked away in the same building as The Regal &#8212; a notorious meat market of a pub &#8212; Arts Picturehouse is easily missed on the main drag through the city center. But once you&#8217;ve found it, going back to the giant neon-lit cineplexes filled with screaming teens and $8 boxes of candy could be difficult.

Arts Picturehouse isn&#8217;t just a place for high-brow artsy films, though it is the home of the Cambridge Film Festival. At least one of its three screens is usually dedicated to Hollywood blockbuster movies.

Drawing big crowds with commercial hits, such as the new James Bond film, is what allows the theater to dedicate its other two screens to independent films from around the world, explained spokesman Gabriel Swartland.

But there&#8217;s no shame in wanting to catch the latest hit movie, he said.

Arts Picturehouse, he said, is about bringing quality films to the public, whether they&#8217;ve got mass appeal or not.

City Screen, the company that owns Arts Picturehouse and 17 other similar cinemas around the U.K., was formed in 1989 to challenge the multiplex cinema model and bring movie theaters back into city centers, Swartland said.

Parking near the theater may prove a little difficult, but it&#8217;s well worth the walk through town to get there. It adds a certain touch to the night, an element you don&#8217;t get driving into the parking lot at the local multiplex.

With a small caf&#233;, a bar and plenty of sofas and seating throughout, Arts Picturehouse is a relaxed place where you can enjoy a drink and a nibble before or after the movie. There&#8217;s also a traditional movie snack bar complete with popcorn, candy and sodas. Yes, you can bring your glass of beer or wine into the theater.

On Saturday mornings, the theater shows animated films and other kid-friendly flicks. During opera season it pipes in live performances from Royal Albert Hall. And best of all, it periodically shows double and triple features &#8212; usually overnighters &#8212; such as the "Lord of the Rings" and "Die Hard" trilogies.

So, whether you&#8217;re in the mood for a mainstream movie or feel like checking out the alternative screen scene, the Arts Picturehouse can likely fit the bill.