After Hours: While in London, have a night at the Zoo 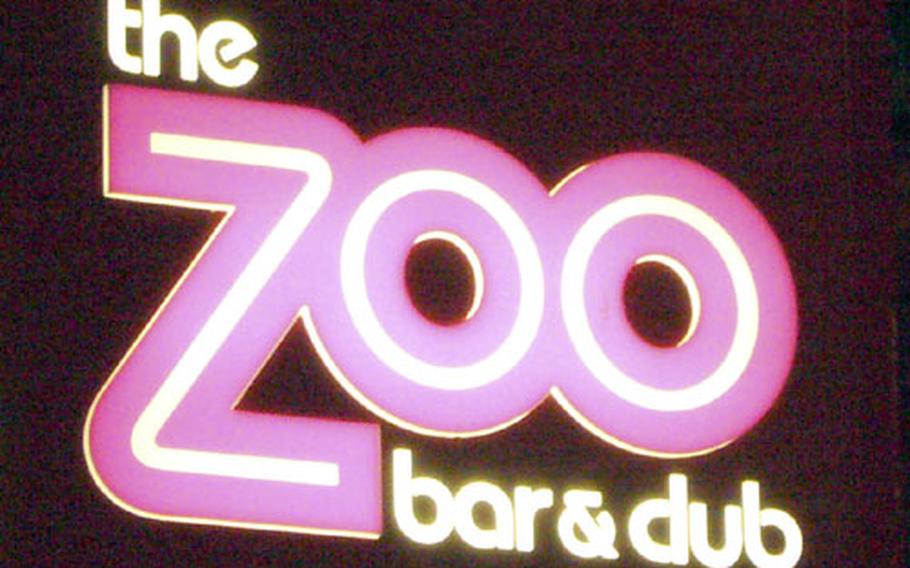 Maybe you&#8217;re not into sightseeing or shopping. All you care about is what London has to offer when the sun goes down.

The city has a surplus of pub and club districts, but I prefer the area around Leicester Square where there are plenty to choose from. Plus, it&#8217;s close to Covent Garden&#8217;s restaurants and theaters.

On a recent Saturday night, I went to Zoo Bar near the square. I don&#8217;t mind crowds, but this place was unbelievably packed.

You couldn&#8217;t walk anywhere without squeezing past people. Also, trying to buy a drink at the club&#8217;s four bars really tested one&#8217;s patience.

On a better note, the crowd in the two-floor club had a good ratio. Whether you were a lady-killer or a man-eater, this club had numerous potential victims.

No matter what was being played, women could always be seen dancing on the top of bars. The bartenders didn&#8217;t seem to mind as they served around them.

Blaring techno music that put many clubbers into a trance could be heard downstairs, where there were lots of sofas and chairs.

The club also had an outside terrace where you could cool off after getting down on the dance floor, or have a conversation without yelling into someone&#8217;s ear.

The cover on this night was 10 pounds. Even though the music could have been better, it was worth it.

Cover: The cover on a recent Saturday night was 10 pounds after 11 p.m.

Entertainment: The club&#8217;s two floors offer a variety of music, from blaring techno to rock and hip-hop. On Friday and Saturday nights, the club is open until 3:30 a.m.

Clientele: A diverse mix of young and old.