After Hours: Where to find food in Farringdon 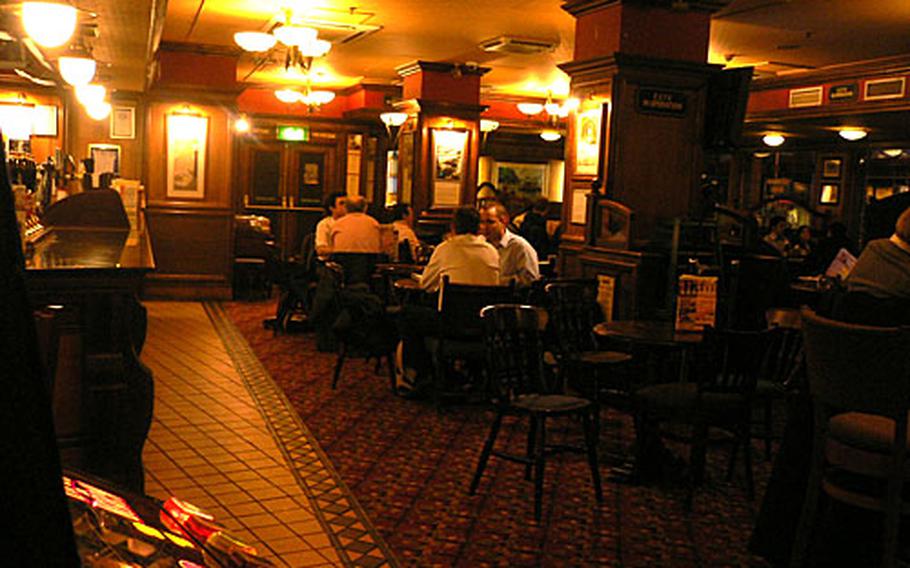 Patrons in the Sir John Oldcastle sit down for a drink and some food on a recent weeknight. (Ben Murray / S&S)

Patrons in the Sir John Oldcastle sit down for a drink and some food on a recent weeknight. (Ben Murray / S&S) 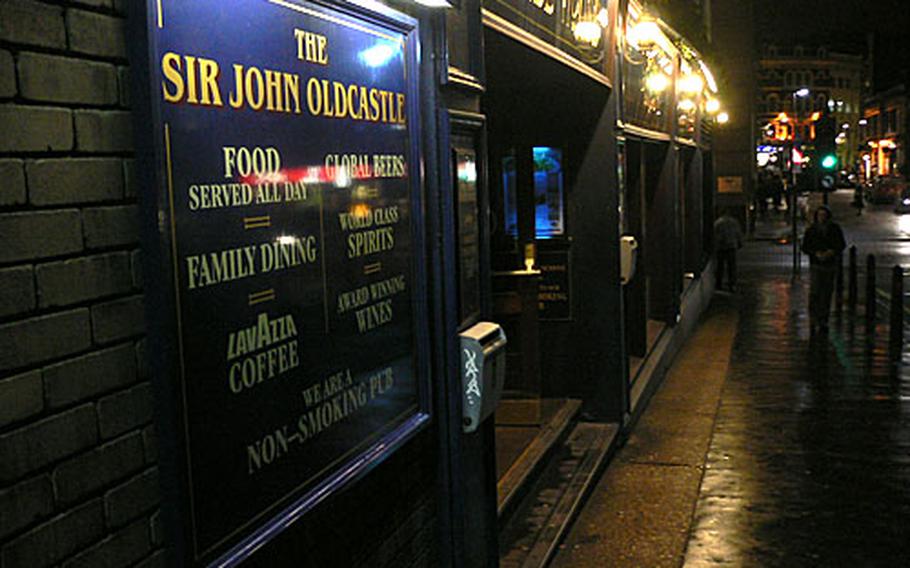 The door of the Sir John Oldcastle on Farringdon Road in London, adjacent to the Farringdon tube station. (Ben Murray / S&S) 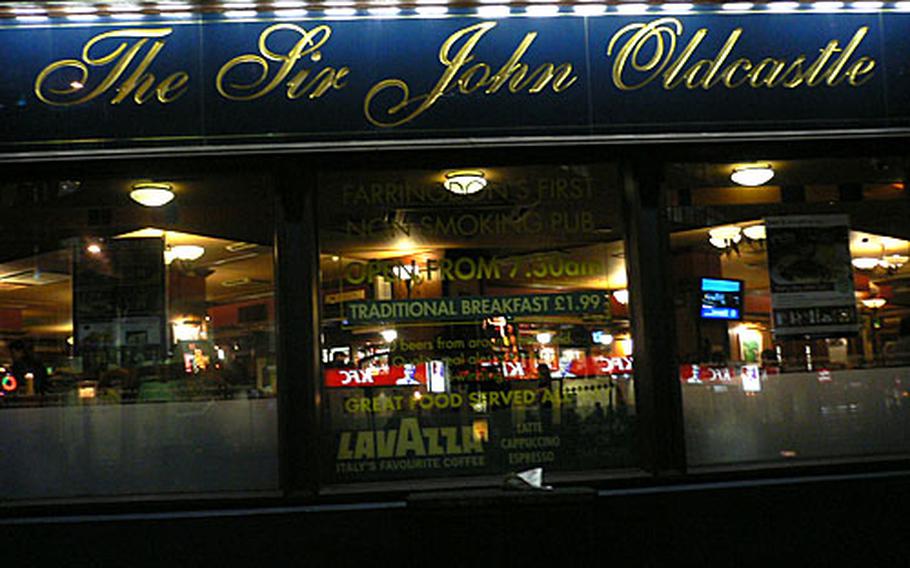 LONDON &#8212; So, there you are at Farringdon station in London, and the urge is upon you.

For the gastroenthusiast standing at the front of the station, there are a number of options within reach, but two in particular offer intrinsically different experiences &#8212; one tiny, authentic and local, and one large, simple and convenient.

For lovers of the former, an interesting choice is the Three Kings of Clerkenwell, a low-lit locals&#8217; hovel up the street packed with quirky decorations, hushed conversations and after-work drinkers huddled over a pint.

Located about a five-minute walk from Farringdon, it&#8217;s a quiet little place with a colorful facade, matched in spades by the hodgepodge of decorations within, including a fake rhino&#8217;s head over the fireplace and the carved head of a man.

Lit by candles, the aforementioned fire and little else, the Three Kings has a lot of charm but little room to sit and enjoy it in, with tables set up against the bar and a dearth of real estate in which to put additional seats. There&#8217;s some seating upstairs with additional artsy ornamentation, and overall the place has the feeling that too many locals might call it &#8220;their&#8221; place. On a recent weeknight, the Three Kings was filled with after-work drinkers by 7 p.m., several of whom the bartender seemed to know.

For a much different experience (and a shorter walk), a close option is The Sir John Oldcastle, just yards from the station, a large, brightly lit bar with big bay windows overlooking the street below.

The Oldcastle is, by definition, anathema to a place such as the Three Kings. It&#8217;s part of the Weatherspoon&#8217;s chain, which generally has its pros and cons: big spaces, cheap but edible food and plenty of drink options, even if it&#8217;s not the place to be when looking for unique character or class.

Internet reviews do not treat the place incredibly kind, especially for service, but of the Weatherspoons dotting the land the Oldcastle manages to stand up well, for the extensive beer list alone, if nothing else.

Presented in a thick, multipage booklet, the list runs the gamut from Budweiser and Thailand&#8217;s Singha to the delectable Duvel from Belgium with its 8.5 percent alcohol content. The menu, too, is varied and extensive, and prices are pub standard.

Served within sight of the large, flat-panel TVs mounted around the bar, a drink at the Oldcastle is the closer and simpler option from Farringdon station. Big and easy or quirky and small, the choice is yours.

Food: Lunch menu available until 2:30 p.m. or the food runs out.

Food: Tons of it, from burgers and pasta to pub grub and, no joke, salads (in a pub!).

Drinks: A welcome list of international beers representing most of the beer-drinking world.

Ambience: Like many a Weatherspoon pub, it is large, bright, slightly campy, but comfortable enough. TVs and game machines are rampant.