After hours: Where’s the beef? In Florence of course 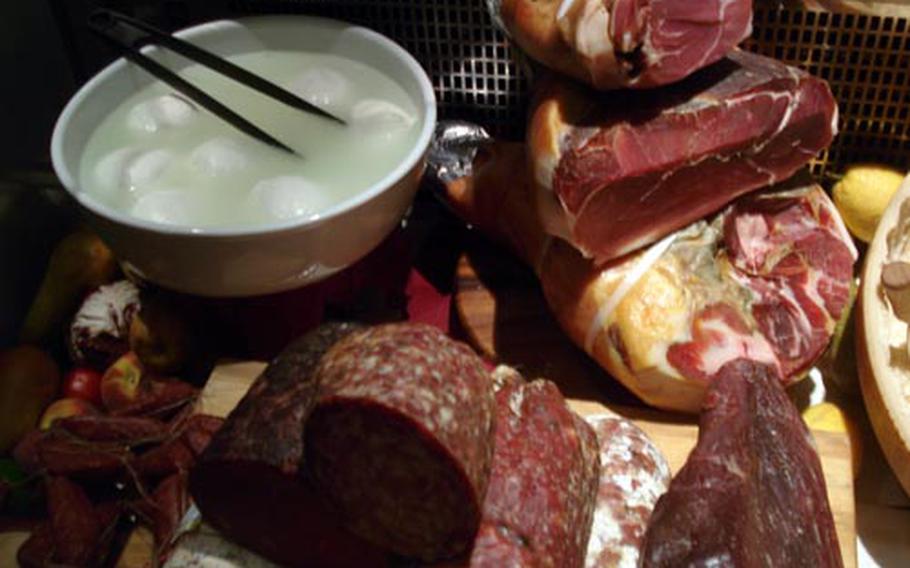 Diners at the Golden View Open Bar restaurant are greeted with a complimentary glass of prosecco, a white sparkling wine, and led &#8212; if they&#8217;re lucky enough &#8212; to tables that overlook the famed Arno River that winds through the city.

But seat-with-a-view aside, there really isn&#8217;t a bad spot in the house in any of the restaurant&#8217;s three dining rooms &#8212; and this is one place where going for the food should be the main goal.

The steak was out of this world, tender, juicy and cooked to the stated preferred perfection.

Beef eaters flock to Florence for the famed Florentine beefsteak. On one particular evening, the smallest portion available would have been a 1.2 kilo (yes, that&#8217;s 2.6 pounds) slab of T-bone steak.

I took a pass on the hunk o&#8217; beef &#8212; and instead ordered steak topped with thinly sliced Parmesan cheese set atop a bed of fresh arugula. Yum.

Our meal, comprised of a platter of wild boar cold cuts, two thick steaks, a glass of Reserve Chianti wine, a serving of mixed salad, and a serving of grilled vegetables, totaled 80 euros.

The restaurant, which opened in April 2002, is a jaunt across the famed Ponte Vecchio (the only bridge spanning the Arno that was not destroyed by retreating German forces in World War II), and located on the opposite side of city&#8217;s main tourists attractions, i.e. the Duomo, Piazza della Signora, and Uffizi Gallery.

Reservations are strongly recommended, but not necessary.

The restaurant boasts an upscale yet relaxing atmosphere and offers patrons a chance to dine to live jazz music.

The staff sticks with the restaurant&#8217;s philosophy, which is stated on its Website: "Golden View follows the slow food philosophy, that is to say dining in total relaxation, far away from the tourist fast-food track."

Web site:www.goldenviewopenbar.com (Site is in Italian and English)