After Hours: When London's most popular clubs are packed, try Salvador & Amanda 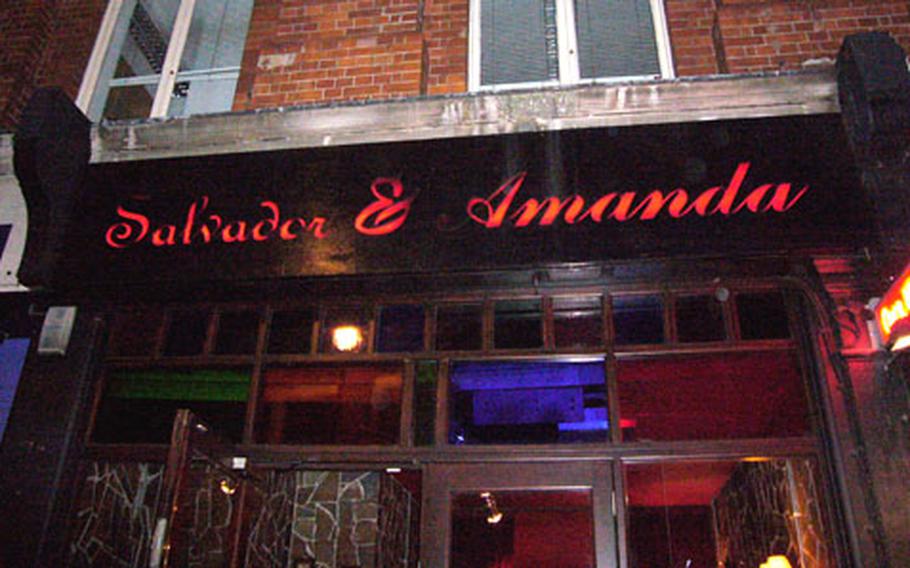 LONDON &#8212; As I strolled into a bustling Leicester Square on a recent Saturday night, I became a little discouraged by the long queues at all the popular clubs in this central part of London.

Then a petite woman approached the group that I was hanging out with and asked if we were looking for a club.

We walked down a steep set of stairs to the basement club after we each paid a 5-pound cover, which was much cheaper than the chic clubs charging up to 20 pounds for entry.

Pulsating dance music echoed throughout the club as we slowly made our way to the bar. It took about 10 minutes to be served by one of the seven bartenders who were scrambling behind the bar to appease an overwhelming cluster of thirsty people.

The club&#8217;s undersized dance floor was packed with partygoers, so we acted fast and staked our claim when we saw an open table nearby.

At the next table over, a few 20-somethings were downing a bottle of wine, a specialty of the club, which also serves as a Spanish-style tapas restaurant in the early evening.

There are many tables and chairs inside the club, including seating within a gazebo. But at the peak of the night, Salvador & Amanda was standing room only unless you were lucky and a table opened up.

In between the blaring dance music, the DJs managed to play a few hip-hop songs. Feeling a little tipsy, I finally hit the dance floor to those beats with a 20-year-old girl from Missouri who had no rhythm, as my friend succumbed to an energized 40-year-old woman from the island of Mauritius.

The male-to-female ratio on this night was about even. Many young people and even a few women who looked like they were in their 50s were enjoying the music and atmosphere of the club.

At 3 a.m., the club&#8217;s lights came on as partygoers rushed to exchange phone numbers before being escorted out by the bouncers.

Cover: On a recent Saturday night the cover was 5 pounds, but, depending on the promoter, it can be more.

Food: Spanish-style tapas menu that ranges from 3.50 pounds to 9 pounds per dish.

Clientele: A good mix of young and old.