After Hours: There’s a seat for you at The Bushel 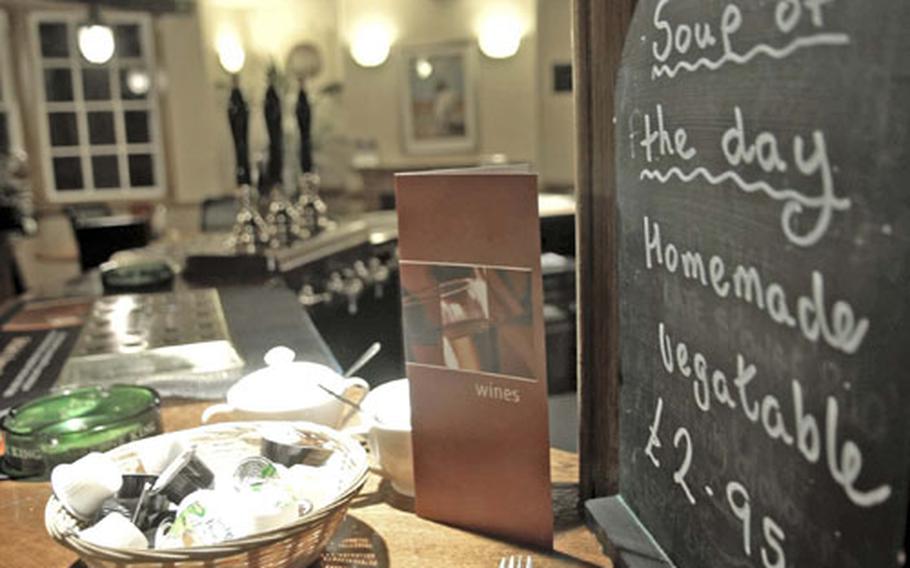 The dining room bar at The Bushel. (Ben Murray / S&S)

The dining room bar at The Bushel. (Ben Murray / S&S) 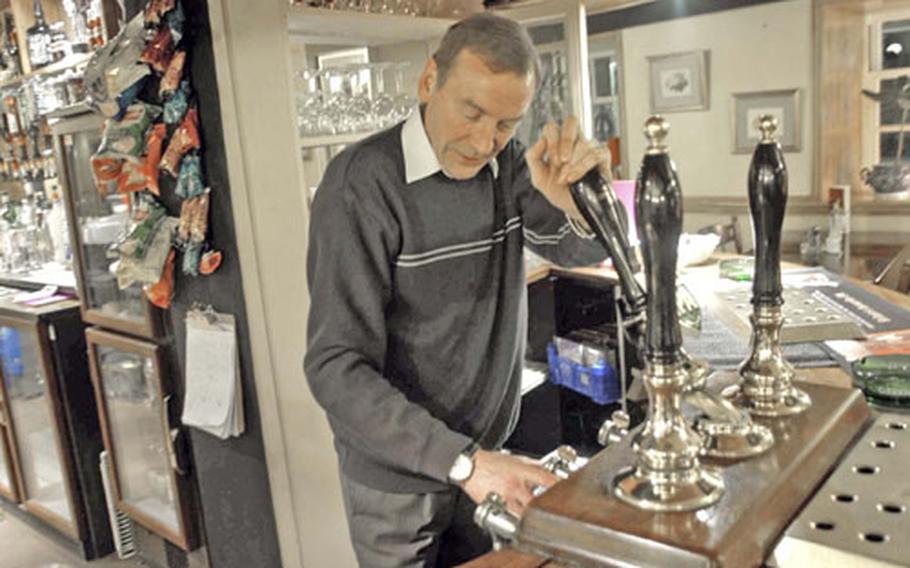 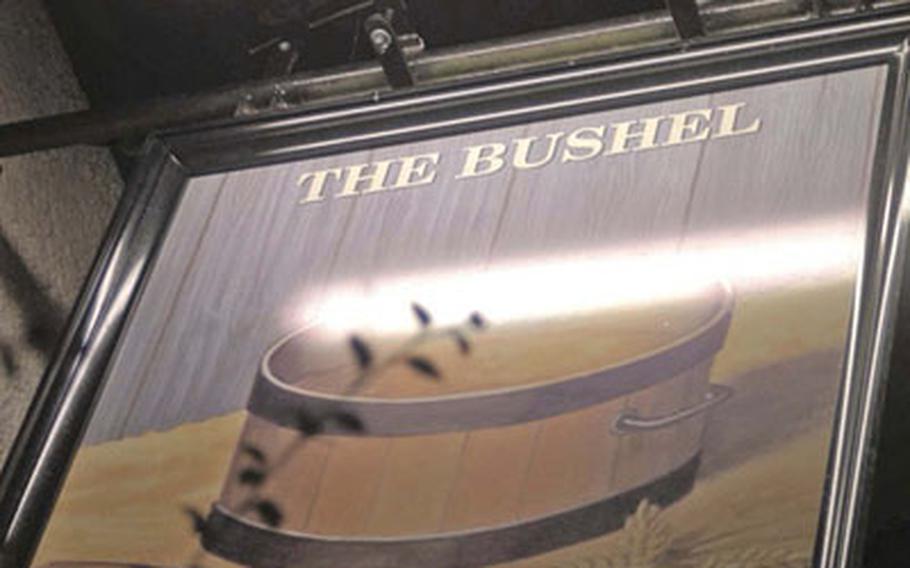 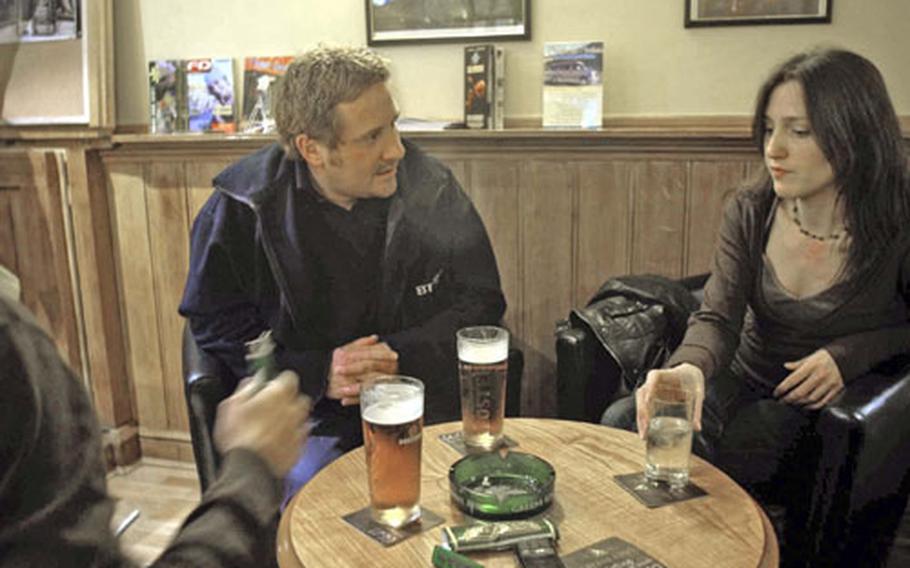 Local Newmarket residents stop in for a pint and talk on a recent Wednesday. (Ben Murray / S&S)

The talkative, customer-centered former manager of big, highly-trafficked bars in Essex took over The Bushel to dial down the stress and slow things down a little with his new venture.

But even he doesn&#8217;t want them quite as slow as they were on a recent Wednesday night, when just a couple of small groups of locals wandered in and out for a couple of drinks and a chat.

The last owner, he concedes, had to sell because he went broke with the place.

Set 75 yards or so off of High Street on Market Street in Newmarket, The Bushel is tucked between a pedestrian lane and the local mall, cutting its foot traffic a little but making it no less worthy than any of the bars on the strip.

Split into halves &#8212; one set up mainly for eating, the other for drinking and dart-throwing &#8212; The Bushel is more well lit and airy than many a gloomy bar in England. Smoking is still allowed in the back half until the nationwide ban comes into effect this summer, and Jared said he&#8217;s leaning on his menus to lure customers in.

Currently, the bar offers many traditional lunchtime staples, such as gammon steaks, burgers, baguettes and sandwiches. The dinner menu, though not available for another few weeks, will feature a range of pricy-sounding meals for less than 10 pounds. Whole-tail scampi, pork cutlets and minted lamb steaks are several of the selections.

The jewel in The Bushel&#8217;s cap after the first two months of Jared&#8217;s management, however, has been its Sunday roast, which fills the dining room to the rafters and requires a reservation if you want to get a table, he said.

Additionally, the basement boasts access to a tunnel entrance that lore has it was dug for King Charles I when he visited the town, and led to a hotel worked by a well-known madam of the time, Jared said. Though it&#8217;s bricked up now, it was rumored to have gone straight across town for a considerable distance, he said.

For those looking for a boisterous crowd to surf with into the wee hours or nightly entertainment to titillate them in the downtown area, The Bushel is currently a little slim on options. It has once-monthly karaoke singing and its first live band billed as a Phil Collins tribute group coming in March. On weekend nights, Jared said there have been enough people to keep the seats and bar full, but not enough to really jam the place or be a scene of rowdiness.

As a comfortable spot for a pint or a meal, however, it can serve nicely. There&#8217;s waitress service on the dining room side, and having all the lights on is a pleasant change to many dimly-lit establishments.

For those who have been up and down Newmarket&#8217;s main drag and could use a change of venue, a quick jaunt down Market Street could be a short way to try a new place and meet one of the city&#8217;s newest and friendliest owners.

Food: A lunch menu of pub favorites and sandwiches, and a slightly more sophisticated selection in the evening, including whole-tail scampi, pork cutlets, minted lamb and steaks. Prices are generally a shade under 10 pounds, except for the steaks, which run upward of 13 pounds.

Clientele: A mostly locals scene without the teenage set.

Dress code: Anything more than a fig leaf will do.

Hours: Closes at 11 p.m. on weeknights but extending to 1 a.m. for weekends and events.