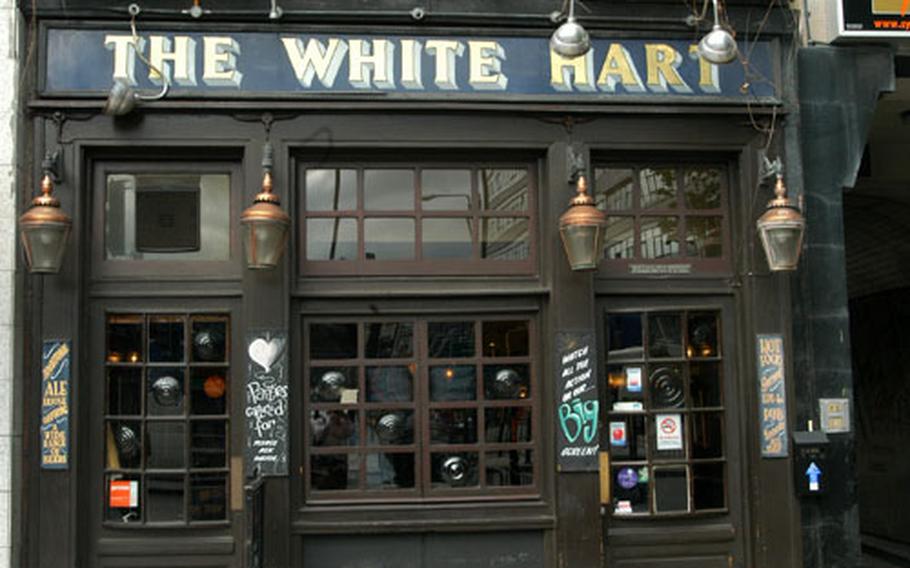 The exterior of the White Hart pub. (Bryan Mitchell / S&S)

The exterior of the White Hart pub. (Bryan Mitchell / S&S) 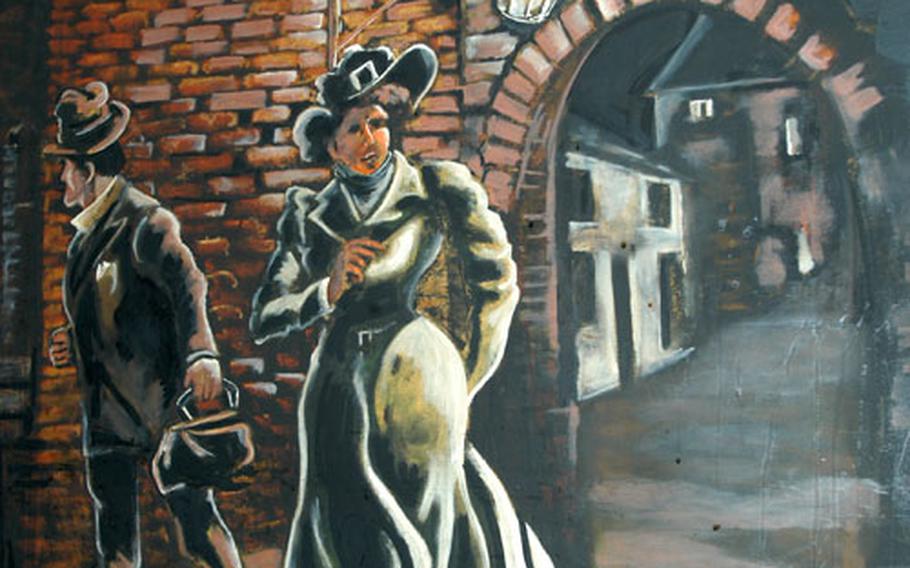 One of the pieces of art hanging from the walls of the White Hart pub ushers visitors back to the fall of 1888. (Bryan Mitchell / S&S) 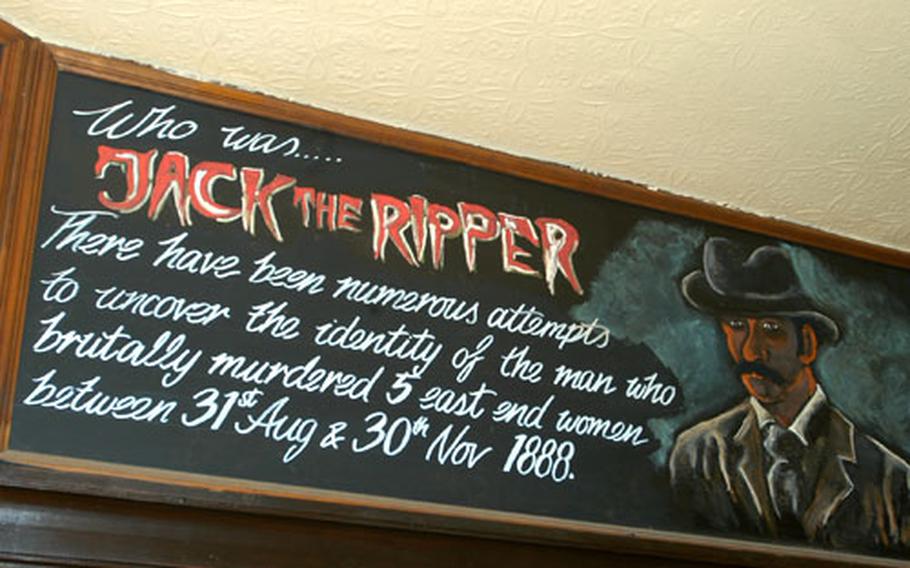 The mystery of Jack the Ripper lingers at the White Hart pub in London. One victim was found just outside the pub and a suspect ran a barbershop in the pub building&#39;s basement. (Bryan Mitchell / S&S)

LONDON &#8212; Few serial killers have captured the public&#8217;s imagination like Jack the Ripper.

In the fall of 1888, the Ripper claimed between four and nine female victims around the ramshackle area of East London known as Whitechapel.

His legend has surely been amplified by the fact that no one was ever charged for the string of killings that sent chills throughout London.

But there were a handful of suspects who caught the police&#8217;s attention.

One was a cousin to a member of the royal family. Another was a lawyer-turned-teacher who committed suicide not long after the final murder. A third suspect was a physician who fled to America shortly after the so-called autumn of terror.

And one was a Polish immigrant who ran a barbershop out of the basement of The White Hart, which today has marketed itself as part of the Jack the Ripper mystique.

Severin Klosowski, also known as George Chapman, had run several barbershops around East London before settling in the basement of The White Hart. His conviction for the poisoning death of three of his wives fueled speculation that he was the Ripper.

The first Ripper victim, Mary Ann Nichols, was found dead on Aug. 31, 1888, in an open yard fewer than 50 feet from the back of The White Hart, which has been serving pints since the 1780s.

Today, the yard has been paved over and much of the landscape has been altered by urbanization, but the pub is a reminder of one of the world&#8217;s most notorious killers.

Tourists still stroll by on regular Jack the Ripper tours, which offer the chance to walk along the path where the bodies where discovered &#8212; most in plain sight and severely mutilated.

From the outside, The White Hart appears like so many other pubs that line the streets of England&#8217;s capital: a simple brown-and-beige facade and signs that advertise a big-screen television and hot food.

Inside, however, the pub seems darker than any I have frequented during several years of pub reviews. There&#8217;s a quiet stillness to the room that defies simple description &#8212; like it hasn&#8217;t let any fresh sunlight in since the 1880s. It&#8217;s eerie without even trying.

Then there&#8217;s the period art hanging from the walls that immediately harkens back to that fateful fall when the city was gripped with fear and the international press was absorbed by the ruthless murderer.

The low light, the art and the homemade signs evoking the Ripper&#8217;s anonymity all add to the chilly aura of a home, and possibly a watering hole, to a sadistic killer.

I strolled in simply looking for a sandwich and a pint, but found myself suddenly immersed in the mystery that is Jack the Ripper. Anyone interested in unsolved crimes or London history will surely enjoy a lunch at The White Hart.

To see previous after hours reviews, go to stripes.com/afterhours