After hours: The Golden Lion 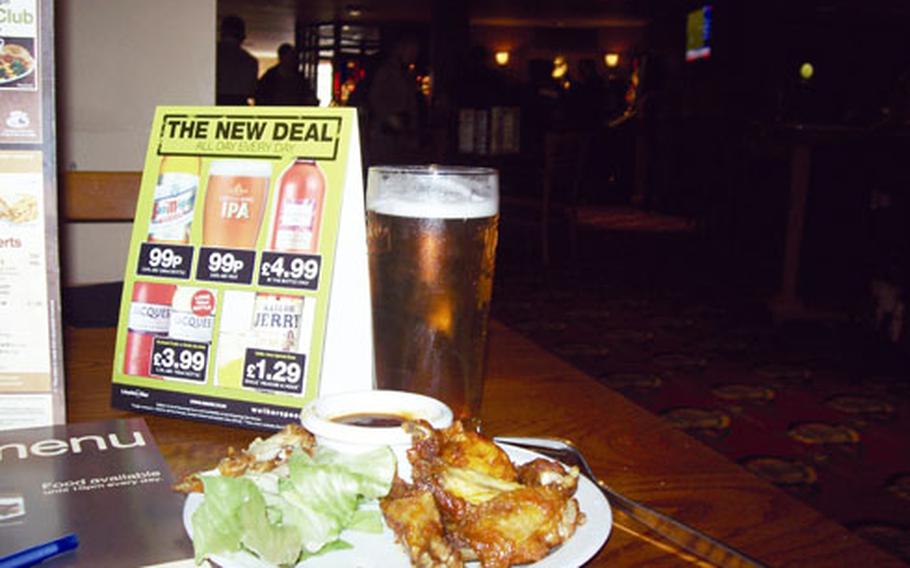 Buffalo wings are one of the many items on The Golden Lion’s menu. The Newmarket restaurant and pub has something for everyone’s pallet, from pasta and steaks to vegetarian dishes. (Photos by Mark Abramson/Stars and Stripes)

Buffalo wings are one of the many items on The Golden Lion’s menu. The Newmarket restaurant and pub has something for everyone’s pallet, from pasta and steaks to vegetarian dishes. (Photos by Mark Abramson/Stars and Stripes) 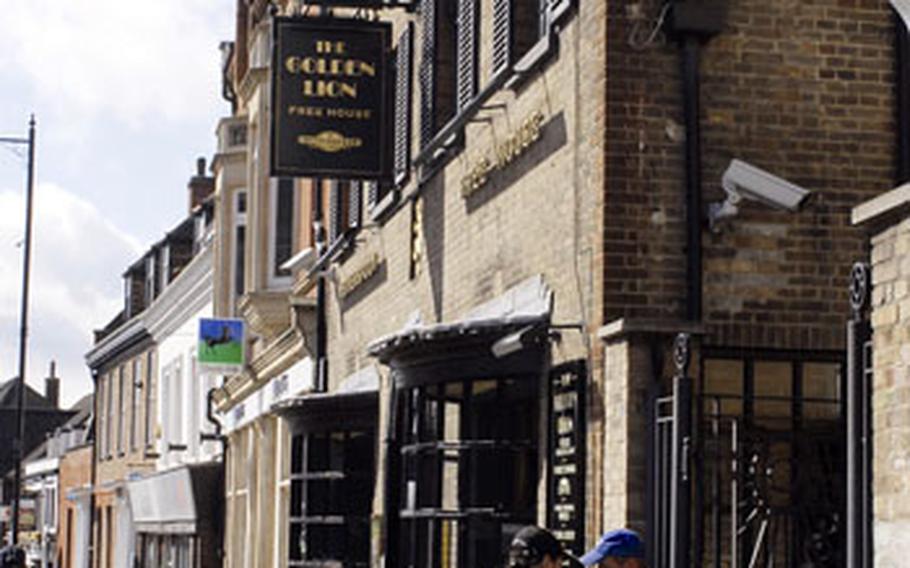 Good service, but not the greatest grub, is one way to sum up The Golden Lion in Newmarket.

The building&#8217;s stone fa&#231;ade and the fact that it was teeming with patrons during lunch time are a draw to the eatery in the city&#8217;s bustling business district about 13 miles from RAF Mildenhall. It advertises itself as family-friendly.

The place is clean on the inside &#8212; minus what looks like either some aged or neglected walls &#8212; but dimly lit, even with its large front and rear windows. A smattering of paintings around the place and some wood-paneled walls add to the ambience.

It has a good mix of booths and tables for parties of all sizes. And the crowd seemed to range from families with small children to blokes just enjoying a brew and one of the many gaming machines in the establishment. There is also a TV to catch up on the day&#8217;s news.

A nice touch when ordering at the bar is that the person taking your order tells you when you can expect your food. The staff was friendly and the food was delivered hot and with very little wait time.

The starters, including buffalo wings and king prawns, are relatively cheap at a paltry 2.59 pounds. The half-dozen wings were good and messy, dripping with barbecue sauce that had a little zing. A few more drumsticks would have been nice for people who prefer those.

The bangers-and-mash portion was plentiful with three sausages &#8212; a departure from the usual two that many places serve with the same dish &#8212; but mediocre. More sauce and some onions would have been nice. And the mash was a little clumpy, but it tasted fine with a little pepper seasoning.

The menu has a nice feature, too &#8212; symbols that point out whether a dish is suited for vegetarians, if it is mild, if it has nuts or if its taste is "fiery hot." That, no doubt, spares diners some unexpected and awful surprises.

The menu is quite varied with a mix of pastas, British dishes and steaks. The steaks are reasonably priced at 7.59 pounds to 9.49 pounds.

Drink specials are no doubt a draw, with a pint of Greene King IPA or a bottle of San Miguel Premium beer for 99 pence and a beer and a burger with chips for 4.69 pounds.