After hours: The artistry of cuisine available for a price 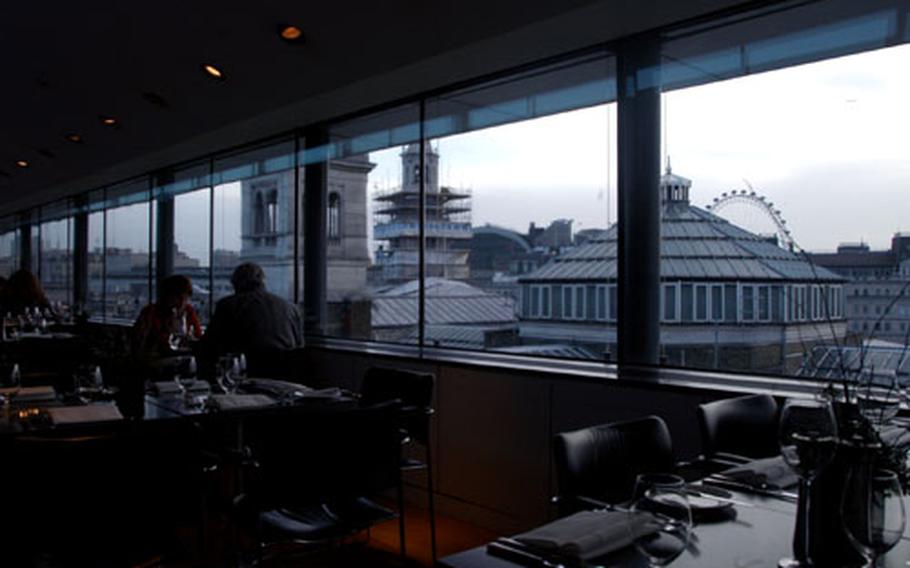 Patrons dine at the restaurant atop the National Portrait Gallery in central London. (Bryan Mitchell / S&S)

Patrons dine at the restaurant atop the National Portrait Gallery in central London. (Bryan Mitchell / S&S) 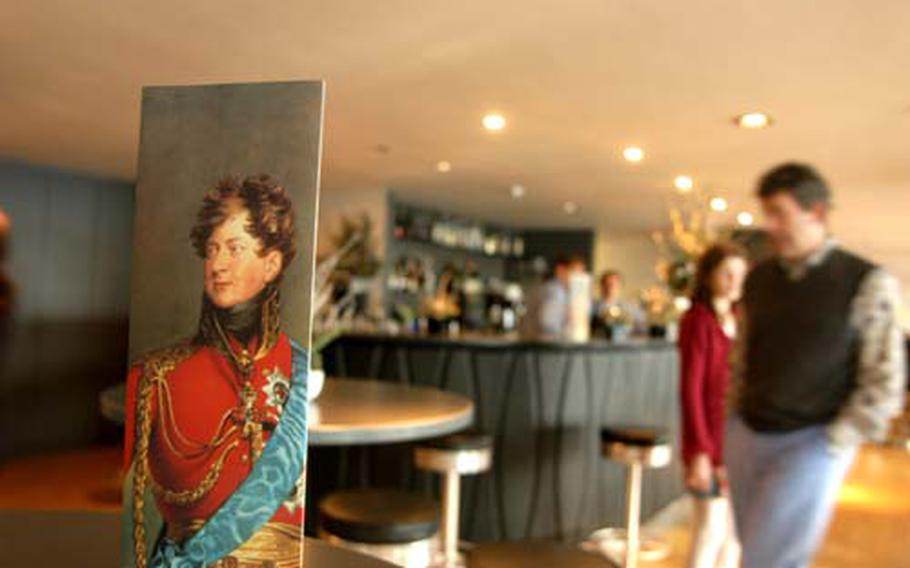 A menu featuring a portrait of King George IV, Prince of Wales, on a table at the National Portrait Gallery roof-top restaurant in London. (Bryan Mitchell / S&S)

LONDON &#8212; You&#8217;ve marveled at a Monet, been awed by a Michelangelo and lost yourself in a Leonardo. Now it&#8217;s time to complete the culture-filled day by dining alongside the capital&#8217;s sophisticated set at one of the city&#8217;s coolest eateries.

And it&#8217;s easy to find, but possibly difficult to afford.

From the National Gallery&#8217;s magnificent columns looking out onto Trafalgar Square, hang a left &#8211; that&#8217;s away from Big Ben &#8211; and then another left at the corner of the building and walk 100 paces to the National Portrait Gallery entrance on your left.

Take the modern escalator to the second floor and then the elevator up another floor to the rooftop restaurant.

The views aren&#8217;t as breathtaking as Chicago&#8217;s Signature Room on the 95th floor of the John Hancock Center, but the vista from The Portrait Restaurant is about as commanding as you will find in central London.

You can see the top half of the London Eye, a good portion of Big Ben and the House of Parliament as well as myriad church steeples, museum rotundas and swank apartment buildings.

Set 92 feet above ground level atop the new Ondaatje Wing, the restaurant bills itself as one of the capital&#8217;s most sought-after dining experiences, according to its Web site.

But be warned, to dine amid the capital&#8217;s unapologetically wealthy is not for the weak of wallet. Most of the appetizers run about 8 pounds ($16) while an average main course meal at lunch runs 15 pounds ($30).

With prices like that, it&#8217;s not an everyday event. But with a wonderful vista of the city and downright delicious dishes, it&#8217;s certainly worth at least a dip in the swank end.