After Hours: Spend your nights in Newmarket? Yeah, yeah, yeah! 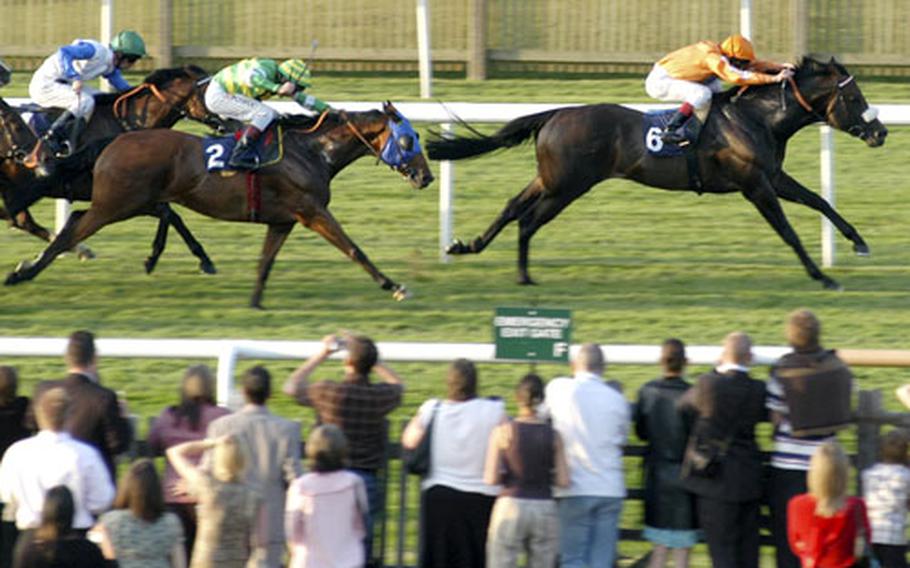 Red Cape, right, and his jockey race toward the finish line in the Class 3 Handicap Stakes during the first Newmarket Nights event of the summer. (Sean Kimmons / S&S)

Red Cape, right, and his jockey race toward the finish line in the Class 3 Handicap Stakes during the first Newmarket Nights event of the summer. (Sean Kimmons / S&S) 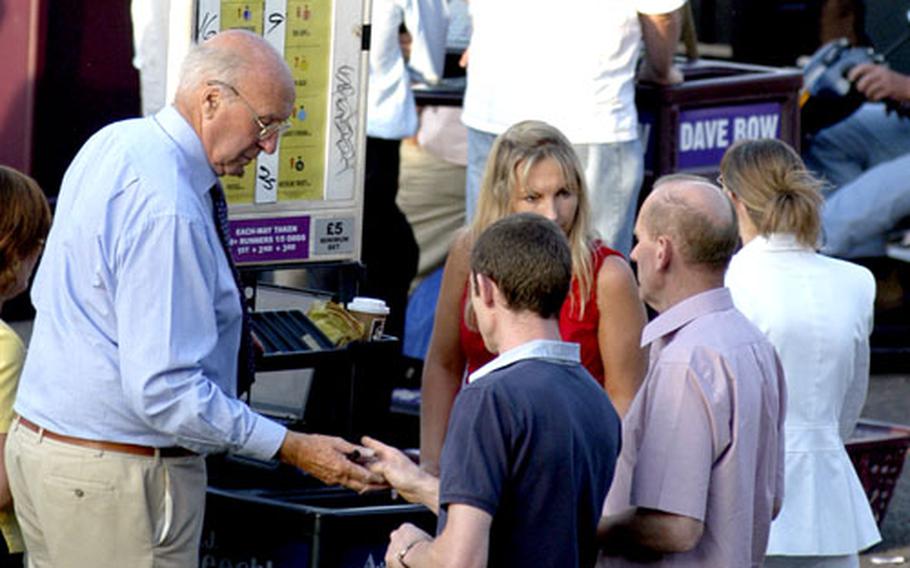 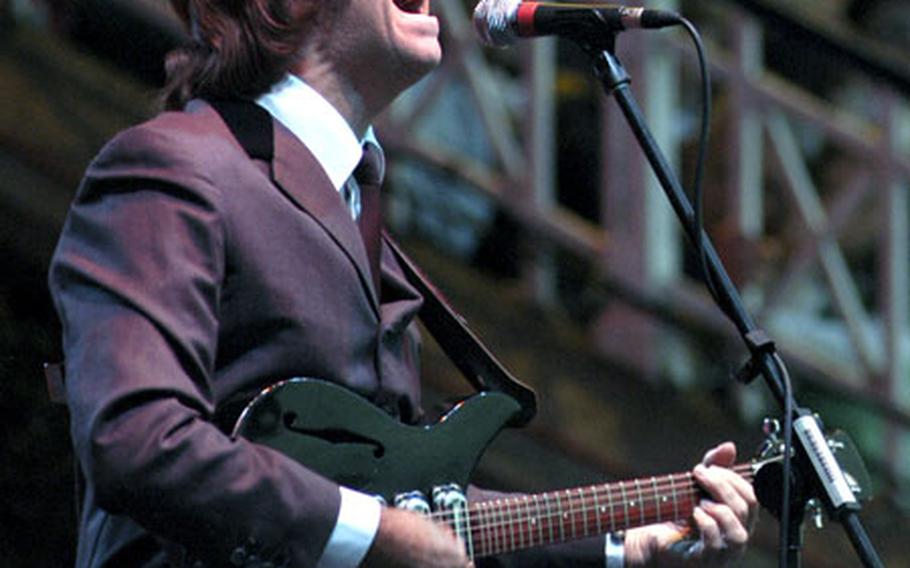 Portraying John Lennon, a guitarist for the Bootleg Beatles sings during the first Newmarket Nights event of the summer. (Sean Kimmons / S&S)

NEWMARKET &#8212; What do racehorses Rhinebird and Fantasy Explorer have in common with a Beatles tribute band?

They were all stars in this summer&#8217;s first horseracing and live music extravaganza, dubbed Newmarket Nights, held June 23. The events are scheduled to continue every Friday night through mid-August.

In the sixth race on this night, Rhinebird snatched up a purse of more than 4,000 pounds after winning the maiden stakes, while Fantasy Explorer took a purse of roughly 3,000 pounds in the class 5 handicap stakes &#8212; the seventh and last race of the night.

About 20 minutes after Fantasy Explorer&#8217;s win, the Beatles&#8217; song &#8220;I Want to Hold Your Hand&#8221; echoed throughout the course as enthusiastic fans converged to a makeshift stage in between the grandstands.

Donning wigs and black suits to resemble the Beatles of the 1960s, the four members of the Bootleg Beatles energized the crowd with the band&#8217;s classic hits. Within the crowd of young and old, people were dancing and singing along.

Following three hours of horseracing, the live music came as a relief and maybe helped people forget about lost bets.

Just about everywhere you looked during the races, odds for the next race were seen on the numerous betting booths. Because the minimum bet on this night of racing was only two pounds, it took a little self-control not to dig into the pockets for a couple of pound coins and place a bet on every race.

The crowd wasn&#8217;t too overwhelming on this night, so there were plenty of empty seats in the grandstand and open areas in the grass that allowed small groups to sit on blankets as they waited for the upcoming races. Every 30 minutes or so, racehorses would stampede to the finish line in front of them.

When the horses crossed the finish line, many fans rushed to the bars and restaurants behind the grandstand for a drink and to socialize. From a pint of beer, a mixed drink, a glass of champagne or wine to even a frozen strawberry daiquiri, spectators could find their favorite poison at the many watering holes.

Newmarket Nights isn&#8217;t all about horseracing and betting. The live music helps diversify this gambling event, which seems to be more of a social experience.

The next event is slated for July 21, when McFly, a rock band named Best Pop Act at the 2005 Brit Awards, will perform following a few hours of horseracing.

Food and drinks: There are plenty of restaurants and bars behind the grandstand.

Ambience: This event allows spectators to watch hours of horseracing and a live music performance at the end of the night.

Aug. 11: Jools Holland and his Rhythm and Blues Orchestra