After hours: Slay your hunger 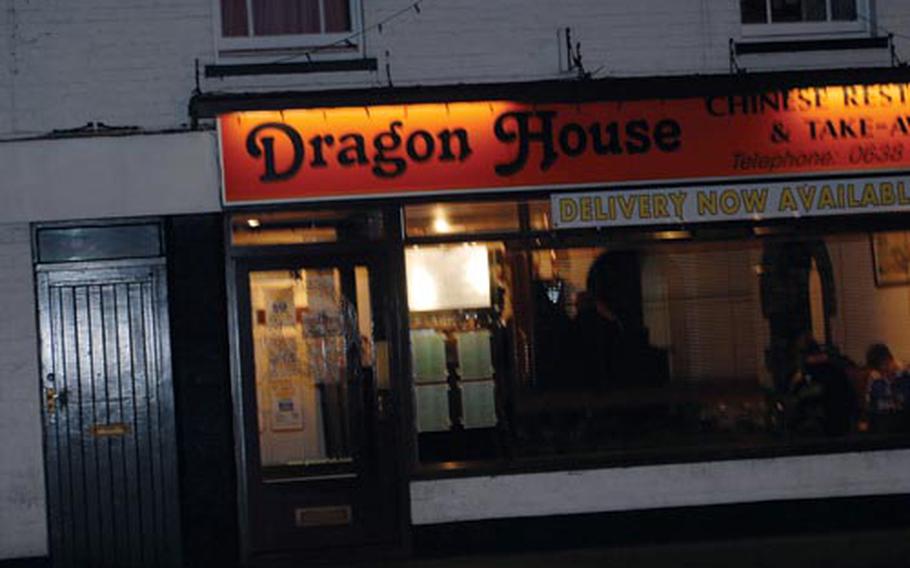 The Dragon House restaurant in Mildenhall offers carry out, delivery and dining. The Lee family has owned and operated the eatery for 25 years. The restaurant serves up 500 to 600 meals on Fridays and on Saturdays. The more popular dishes include sweet-and-sour chicken Hong Kong style and chow meins. (Mark Abramson / S&S)

The Dragon House restaurant in Mildenhall offers carry out, delivery and dining. The Lee family has owned and operated the eatery for 25 years. The restaurant serves up 500 to 600 meals on Fridays and on Saturdays. The more popular dishes include sweet-and-sour chicken Hong Kong style and chow meins. (Mark Abramson / S&S) 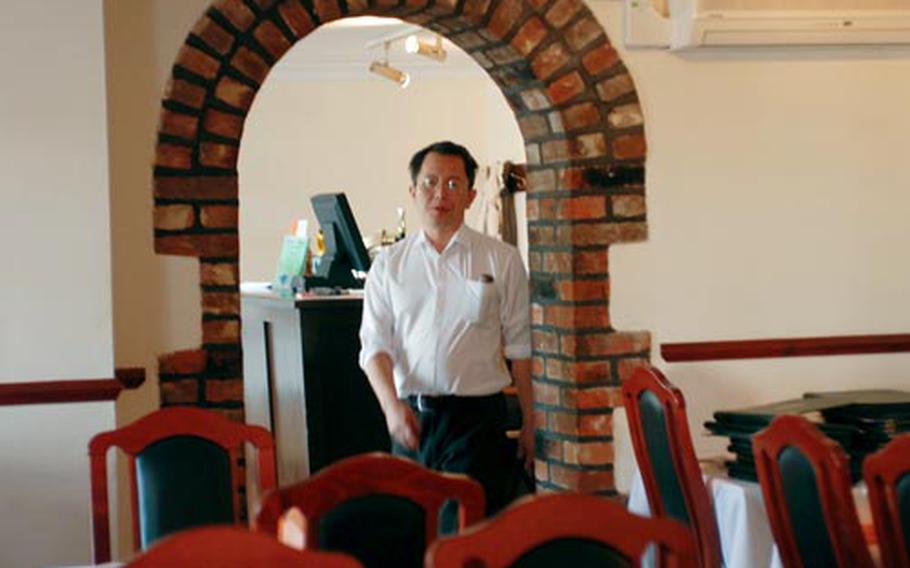 A brick archway entrance to the dining room at the Dragon House adds some ambience to the popular eatery. The restaurant is a local favorite and is close to RAF Mildenhall. (Mark Abramson / S&S)

A stone&#8217;s throw from RAF Mildenhall on Police Station Square is a Chinese restaurant that some locals rave is the best in the area.

He also has experimented and come up with a few items on his own, like his salt-and-pepper chicken.

Dragon House regular Lucy Boardman, 23, said she has been enjoying the restaurant&#8217;s cuisine for 14 years. The Mildenhall resident&#8217;s favorite dishes include the duck Cantonese and chicken chow mein. She said she makes a trip to the eatery at least once a week.

"We get lots of regulars. We got good food and good service," Lee bragged. "We are quick and efficient."

Lee knows many of his regulars on a first-name basis as well as what their usual is.

Another draw to the restaurant is there is no shortage of choices to select from on the menu. Whether your taste is chicken, beef, duck, vegetarian or seafood, Dragon House has plenty to please your palette.

Having just moved to Europe from the States, this Stars and Stripes reporter wanted to see how the food stacked up to the Chinese food in America &#8212; most notably back in his old San Francisco China Town haunts. He was not disappointed.

The mouth-watering meal started with a spring roll and a bowl of won ton soup, along with a smooth Tiger beer lager from Singapore.

The soup was like an endless well of won tons &#8212; far different than the two or three tossed in the same dish in America. And the considerably large spring roll was a tasty mix of brussel sprouts, and touch of shrimp.

A serving tray that featured candles inside kept the food hot and was a nice touch to the ambience as well.

The main course &#8212; shredded crispy chilli beef &#8212; had a tangy taste and zing to it, but it was not too spicy. The dish was a hearty mix of carrots, green onions and red peppers presented in a way that makes one want to dig in right away.

The atmosphere is what one would expect from a Chinese restaurant, with paintings and calligraphy scrolls. The dining hall was a tad small, but its cream-colored walls coupled with a brick archway entry created a warm feeling.

The crowd was a mix of families and couples. On a recent Friday, the place was packed at 9 p.m. Lee boasted that Dragon House serves up typically 500 to 600 meals on a Friday and the same amount on a Saturday.

One taste of the cuisine and it is obvious why Dragon House keeps people coming back for seconds and more.