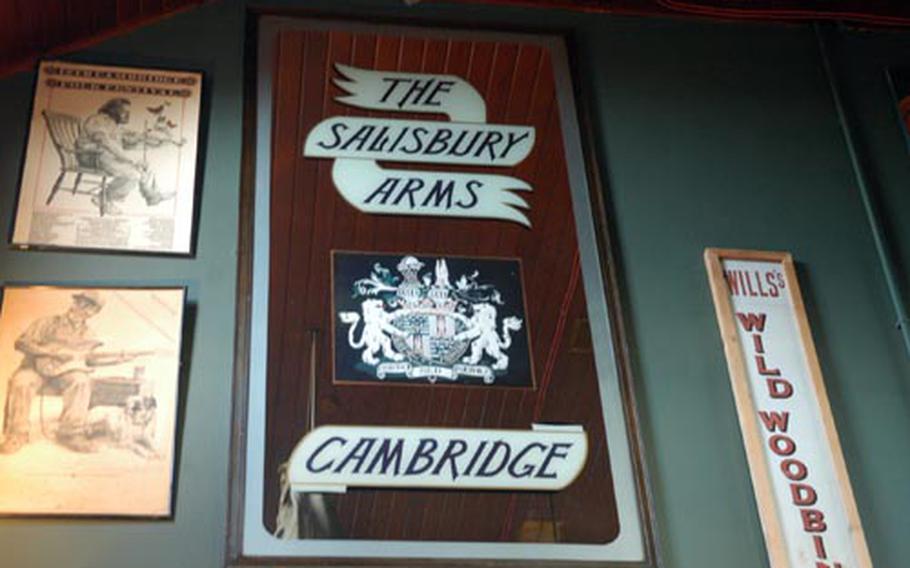 The Salisbury Arms in Cambridge features an eclectic array of local memorabilia, but most customers frequent this pub for its wide selection of cask ales. (Charlie Reed / S&S)

The Salisbury Arms in Cambridge features an eclectic array of local memorabilia, but most customers frequent this pub for its wide selection of cask ales. (Charlie Reed / S&S) 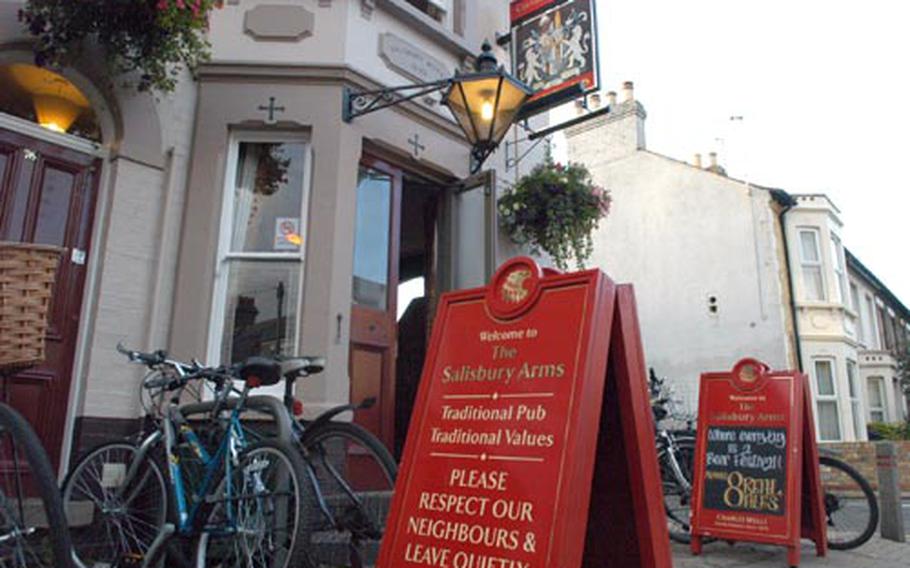 The Salisbury Arms in Cambridge is the perfect combination of atmosphere, filling food and a wide selection of cask ales. (Charlie Reed / S&S) 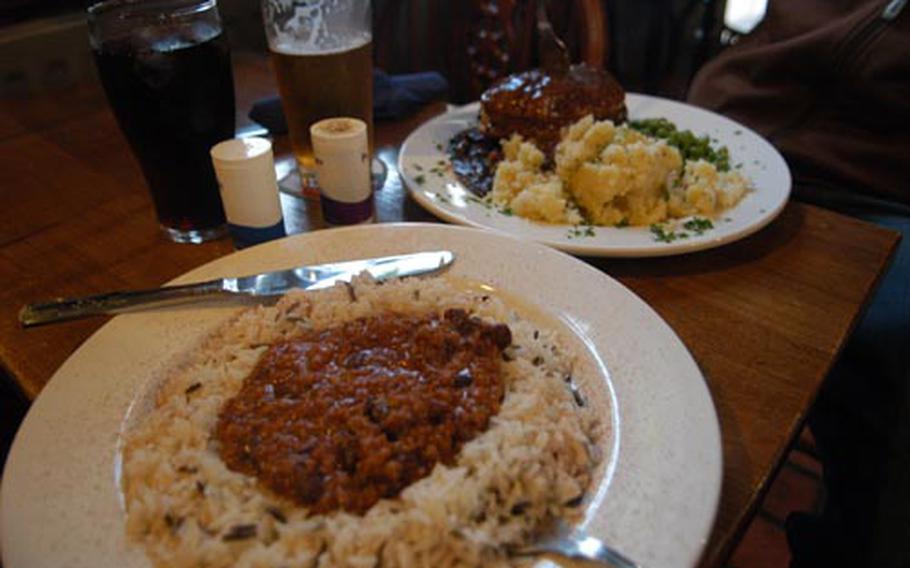 The food at The Salisbury Arms in Cambridge is nothing fancy, but it&#39;s hearty portions sure to satisfy. (Charlie Reed / S&S) 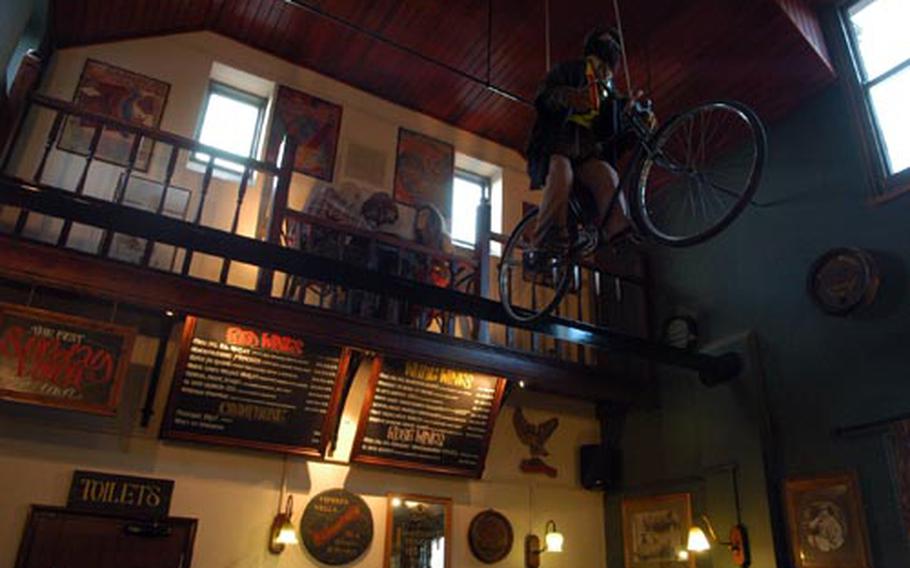 CAMBRIDGE &#8212; Rarely do you meet a proprietor as straight talking as Dave Green from The Salisbury Arms.

"The food is what it is," said Green, who bought the Charles Wells-franchised pub two years ago. "What you get is a bloody big plate of good food and you won&#8217;t leave hungry."

The Salisbury Arms offers the usual pub fare such as scampi and bombardier pie. The local favorite seems to be "The Doorstep" &#8212; a sandwich stuffed with a hearty helping of grilled bacon. And with plates between 5 and 7 pounds, the grub isn&#8217;t bad for the price.

"We&#8217;re not trying to pretend to be anything we&#8217;re not," said Green, a friendly faced Brit who serves beers alongside his employees most evenings.

And Green is right, the massive portions are sure to satisfy. You won&#8217;t want to eat for a day after a meal at The Salisbury Arms. And although the food is basic, it&#8217;s good. Everything from the chilli con carne to the mashed potatoes tastes homemade, a rarity outside the gastro pub scene.

And gastro pub The Salisbury Arms is not. Far from it, in fact.

What it is, Green contends, is a "good old-fashioned boozer."

Tucked away off Tennison Street in a residential neighborhood near the bustling Mill Road shopping corridor, it&#8217;s not hard to find but it&#8217;s not on the main drag either.

The Salisbury Arms was one of the first pubs designated by the Campaign for Real Ale, or CAMRA, back in the 1970s. The consumer group promotes traditionally brewed beers, ales and ciders and sponsors beer festivals throughout the United Kingdom during the summer.

The pub offers a great range of beers including Charles Wells, Adnams, Mauldons, Hydes, Jennings and St. Austells along with a decent selection of wines and champagne by the glass. Wells Banana Beer and Double Chocolate Stout available in bottles are also popular libations. "We offer as much variety as we can," Green said.

That variety is one reason the Salisbury Arms is in the running for the best cask beer pub in England, a title it won for the East Anglia region earlier this year, Green said. "We&#8217;ve get a lot of people that come in on the train just to try some of the ales we have," he said. "They can come in, have a few and then don&#8217;t have to worry about driving home."

With ample seating for large parties and cozy nooks for couples looking to knock back a few colds ones, the Salisbury is a great place to start out a night in Cambridge. Just a few blocks from the train station, it&#8217;s also a good meeting point for friends.

The crowd is a mixture of young and old, students and professionals. There are no airs about this place. Its funky atmosphere, with lots of local memorabilia and a dummy on a bicycle hanging from the vaulted ceiling, complements the great selection of brews on tap.