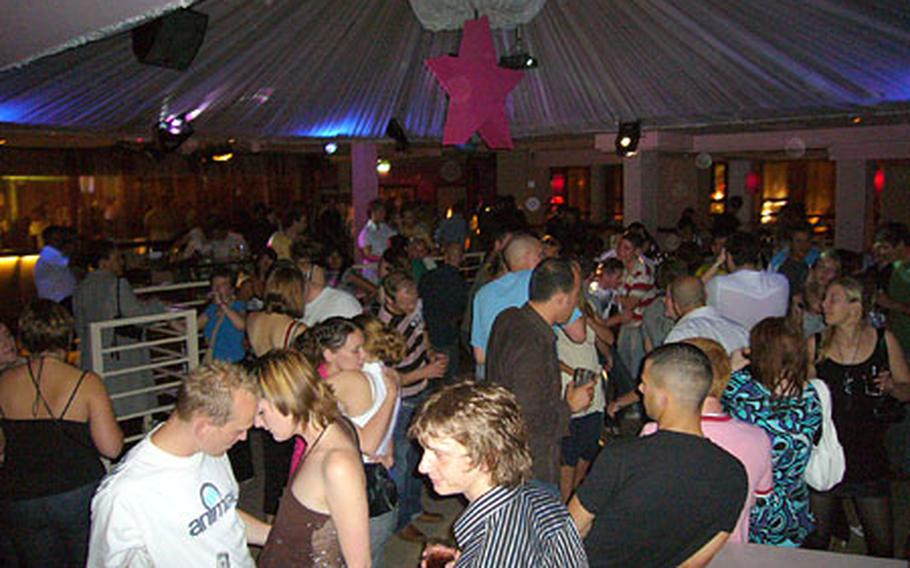 Partygoers get down on the dance floor inside the Ocean & Collins club in Oxford on a recent Friday night. (Sean Kimmons / S&S)

Partygoers get down on the dance floor inside the Ocean & Collins club in Oxford on a recent Friday night. (Sean Kimmons / S&S) 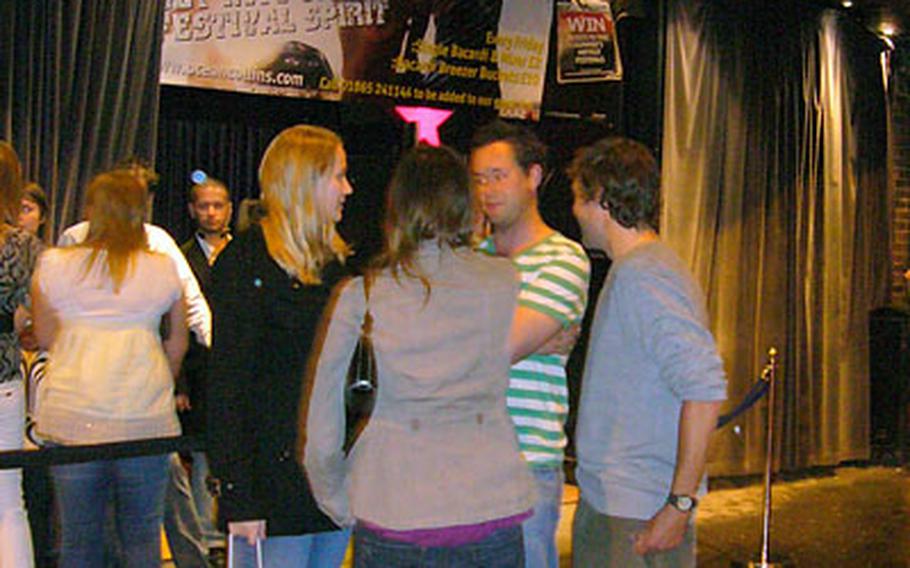 OXFORD &#8212; Maybe this club was having an off night because it reeked of sickness and the girl-to-guy ratio was troubling, although the latter part wasn&#8217;t necessarily a bad thing for the ladies.

The club, Ocean & Collins, had a busy dance floor and plenty of comfortable seating, but the rancid odor, lingering near its back bar, could easily ruin a good vibe.

For that reason, many stayed away or held their breath when walking past that side of the club on this recent Friday night. Others did not mind and probably looked at the situation in a positive light; fewer people equals more dancing room, they may have thought.

With its smells aside, the club had two large bars that made the wait for drinks nonexistent. Cocktails seemed to be the order of the day with many being served, such as a vodka and blue Curacao concoction called Sea Blue Special or a Southern Comfort Mule, made from whiskey and ginger beer.

All of the club&#8217;s cocktails were priced at about 5 pounds each &#8212; a little expensive but not too outrageous. The club&#8217;s cover, only 3 pounds on this night, helped offset the price of drinks that flowed until 2 a.m.

The music playing was a top-40 mix that kept about 20 partygoers on the dance floor, a good-sized number since the club was only half full. A few male clubbers could be seen loitering around the edge of the dance floor, waiting for the right time to step in with a female dancer they had an eye on.

Depending on the night, the club can be bumping classic tunes, commercial R&B tracks and live urban dance performances. It also offers a range of drink specials. On Friday and Saturday nights, the club enforces a 21-and-older policy.

Louise Beer, the club&#8217;s assistant manager, said that the establishment sort of turns into a refuge for older partygoers as a result of its age policy on weekend nights.

&#8220;Other clubs in the area aim for the young crowd on the weekends. We get the more mature people,&#8221; said Beer, adding that midweek the club usually tailors to the student crowd.

Those looking to live it up can book a VIP booth and maybe buy a bottle of champagne, which ranges from 15 pounds all the way up to 140 pounds for a bottle of Dom Perignon vintage 1998.

People also can chill out in the club&#8217;s lounging area, which has a large leather couch and beanbag chairs, where one can rest up before hitting the dance floor again.

Drinks: Cocktails average 5 pounds, a pint of beer is about 3.40 pounds and a glass of wine is around 3 pounds. Bottles of champagne are also available from 15 to 140 pounds.

Hours: Open Wednesdays through Saturdays until 2 a.m. Cover ranges from 3 to 10 pounds, depending on the night and if there is a live act.

Clientele: The club tailors to students on Wednesdays and Thursdays and an older crowd on weekend nights.

Dress code: No sportswear, except on Wednesday&#8217;s student night when smart casual jeans and tennis shoes are allowed.