After hours: Nightlife not to pass up 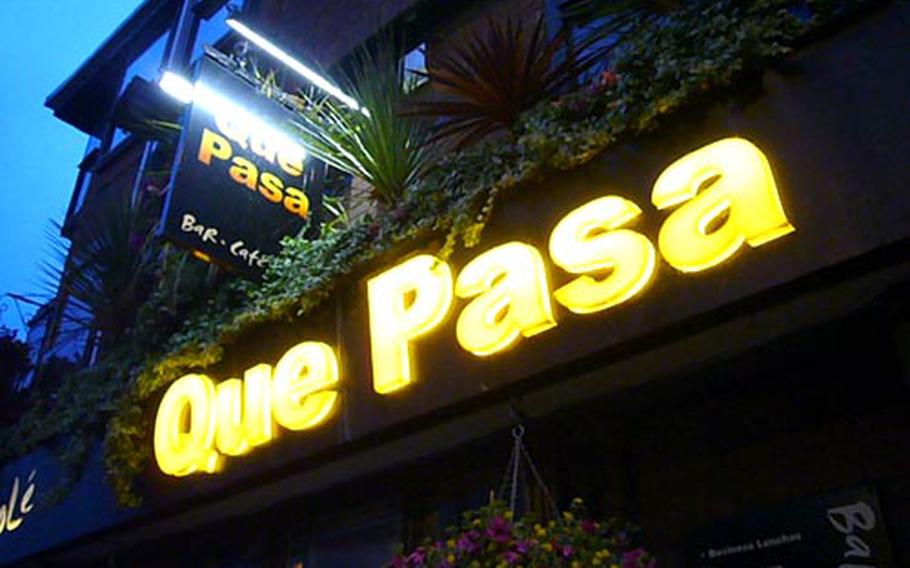 Outside Que Pasa, a Latin-themed bar and restaurant in Oxford. (Sean Kimmons / S&S)

Outside Que Pasa, a Latin-themed bar and restaurant in Oxford. (Sean Kimmons / S&S) 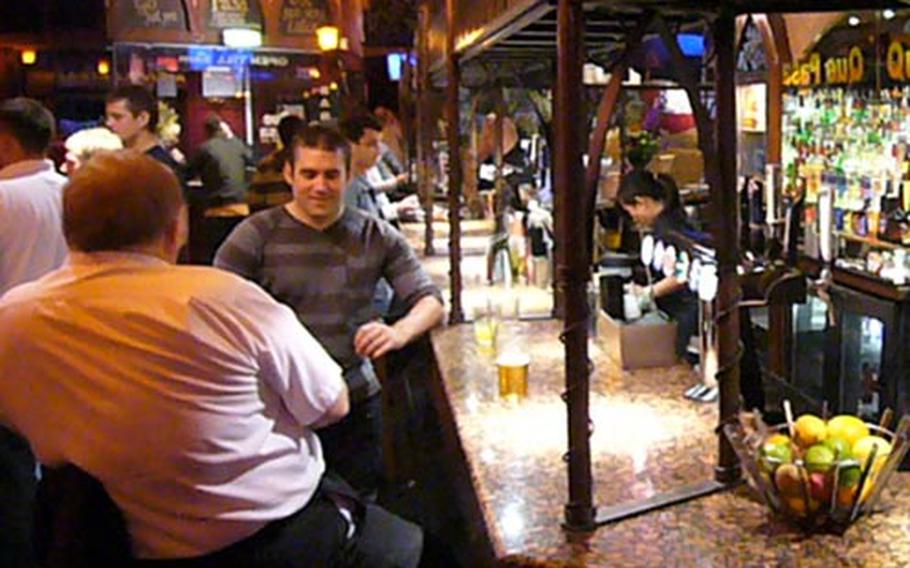 Patrons enjoy a drink at a long bar inside Que Pasa, a Latin-themed bar and restaurant in Oxford. (Sean Kimmons / S&S)

OXFORD &#8212; Que Pasa is "what&#8217;s up" on a night out in this historic city. The flamboyant bar and restaurant&#8217;s festive Spanish lights attract partygoers like moths to a glowing bug zapper.

But rather than zap them, the large establishment greets people with a unique flair that is a contrast from typical English pubs and clubs.

All right, the place is still a cookie-cutter trendy hangout with popular dance music and hip drinks. But what other bars have a back room transformed into a dark "cave" hangout with fake jagged rocks and comfortable seating, or a stripper&#8217;s pole in the middle of its dining area?

Well, this place has both. I&#8217;m not sure what the shiny pole is currently being used for or where it came from. It doesn&#8217;t matter; it still goes along with the bar&#8217;s loud, party atmosphere.

Inside the Oxford bar, there are plenty of seats and tables to carouse with friends. Video screens continually play music videos while speedy bartenders cater to your every need at a long bar.

The bar serves up the standards as well as some in-house specialties. Price said that his bars are proud to serve fantastic cocktails. Bartenders from his fleet of establishments have even created signature cocktails at 5.50 pounds apiece

One of these concoctions is a Sicilian Breeze (Hendrick&#8217;s gin, Disaronno Amaretto, fresh mint leaves, grenadine and cranberry juice) made by Anneli Reyders from the Oxford bar. Another is Blood Sugar Sex Magic (Luxardo Limoncello, De Kuyper Triple Sec, orange and pomegranate juice) brought to you by Tao Gale of the Weymouth site.

The menu has numerous other drinks to get you in the mood. Tasty mixture shots are 2.50 pounds, while a selection of 18 standard cocktails are 4.75 pounds each. Wine, champagne and beer are also available.

Those who come to get their grub on will be pleased with the bar&#8217;s diverse menu.

In keeping with its Latin theme, the bar offers about 30 kinds of Spanish tapas, including meat, seafood and vegetarian dishes (1.50 to 6.50 pounds).

Italian stone-baked pizzas range from 7 to 8 pounds and sandwiches go from 4 to 6 pounds. Burgers, fish and chicken entrees are about 6 to 8 pounds. And the bar&#8217;s noodle and stir-fry dishes will set you back roughly 7 to 9 pounds.

Price said the prices attract college students who tend to flock to Oxford&#8217;s bar. The bar&#8217;s theme is another ingredient that keeps people coming back.

Ambience: A festive Latin-themed bar and restaurant with trendy music and specialty cocktails. Throughout the week, there are events such as karaoke, live disc jockeys and Brazilian dance parties.

Drinks: Signature cocktails created by Que Pasa bartenders for 5.50 pounds, or a long list of standards at 4.75 pounds. There is a two-for-one cocktail deal every day from 5 to 8 p.m. Wine, champagne and beer are also available.